Hello, and welcome to my Omegaverse roleplay search! I look forward to meeting new(or old!) partners and rping with you! I hope you take this time and read over the plotlines I have and the rules and such I have written as well. It would make this go a whole lot more smoothly and seamlessly if you new beforehand what you are getting yourself into yes? I don't like repeating myself if I've already clearly stated what I want out of my partner, what is expected of you and myself, etc. however, if you have any questions or something that needs to be cleared up or straightened out, do not hesitate to ask. I'm really not a mean person, I will not snap at you or be rude to you if you happen to have a question or multiple questions or perhaps even a suggest to make the plot more interesting! I encourage my partners to do so! I'd love to be friends and get to know each other. You may often find I chat OOC in the thread, I hope it doesn't startle you, I may comment on how great the rp is going and how cute out characters are together... Sorry, I can't help myself sometimes. XD I also like chatting in pm's as well, so don't hesitate to pm me with anything! Be it a question or a suggest or just wanting to chat! ^.^
{{I apologize this introduction is so long!}}

I have a few I have come up with, some of the plots are vague ideas, so we may have to do some more brainstorming and plotting before we get started! Also, if you have any suggestions or storylines yourself, please don't hesitate to share! Like I said previously, I like hearing ideas from my partners! It let's me know your psyched about this rp as much as I am and willing to contribute more! Though I do understand writers block, everyone gets it! :) So don't feel bad if you can't think of anything! It happens to the best of us! Anyways, enough with this talk, into the storylines! ^~^

MC has to be about the most feisty, not-submissive omega YC has ever seen. YC loves it. YC always preferred a challenge, and MC would definitely be a challenge to get him to submit. But YC is the alpha leader of his pack, YC is sure he will win. YC always gets what he wants.
And right now he wants a feisty little omega to be his omega, have his pups, and submit to him. It won't be easy.

1. My character is the omega and submissive.

2. MPreg will most likely happen later on.

4. Realistic pictures are to be used in this Roleplay.

6. I would prefer rping on threads.
NOTE: yes, all of these storylines will most likely contain Mpreg, you have to be comfortable with it! ^w^

Rise of The Packs

Alphas- are generally dominant and able to impregnate Omegas.

Betas- are subordinate to Alphas and may or may not be able to impregnate Omegas. In some cases, few betas are actually even able to get pregnant themselves as well as impregnate another beta or omega.

Omegas- are generally lowest on the hierarchy (although in some fanworks Omegas are rare and prized). Male Omegas are self-lubricating and have the ability to become pregnant, sometimes referred to as being bred or mated. Lovers may form pair-bonds with a special connection with telepathic or empathetic qualities. Paired Alphas may be jealous and possessive of their mate, while the Omega may become submissive. Omegas and Alphas may go into heat and need to have sex; this may be the only time Omegas are fertile. 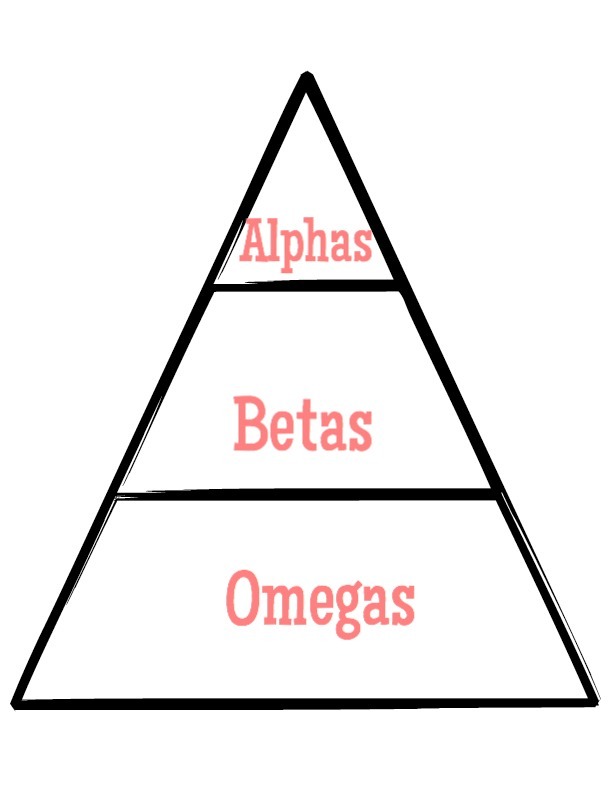 There are two separate packs. The Dusk Pack and Dawn Pack. The Dusk Pack is full of alphas and betas who wait to find their mate from the Dawn Pack. The pack full of omegas. For one full month every year, the two packs come together, all of the omegas who are fertile at the right time of the year, and prime time for the ready alphas and betas to find their mates.

Once an alpha or beta mate with an omega, they go to the Crescent Moon Pack, full of already mated werewolves to live out the rest of their lives together. However, there has been a rupture in the system. News got back to the Dawn Pack how omegas have been mistreated by alphas and betas from the Crescent Moon Pack. Now the omegas are refusing to meet with Dusk Pack at the time when mating season occurs. No mating, no pups, then all of the packs will start to die out. Not to mention mating season is where both alphas, betas, and omegas are at their weakest, only thinking about mating and producing pups... Perfect for hunters to slaughter an entire pack.. Or multiple ones.

In addition to all the chaos raging in all of the packs, the Dawn Pack has declared their own leader or 'alpha' omega. Which is shocking, even when the omegas had their own pack, an elder alpha was always looking over them.

Pack wars aren't the only thing they will have to worry about though. Hunters from far and wide will gather once they hear of the corruption between them all, they will stop at nothing to take down all of the packs while the packs strive to win over another. What could possible come out from all this chaos? Just wait and see...

•I am looking for a partner who will play alphas, betas, and hunters. I will be playing most of the omega pack and some of the hunters as well, maybe even some of the betas too. ^.^

•I am looking for dominant roleplayers. I usually only play the submissive, I do not top, I won't be totally against switching or playing an occasional seke though. ^.^

•This is a third person roleplay.

•I would like 1-3 or more paragraphs. I usually tend to write more, but that is the minimum.

•You have to be okay with playing multiple characters, if that wasn't obvious already. ^~^ I always love introducing and making new characters! Makes it more fun and exciting!

•You have to be okay with mpreg. I am pretty fine with any link really, besides scat/potty play/vore, things like that.

•Anime or realistic pictures accepted for this idea. 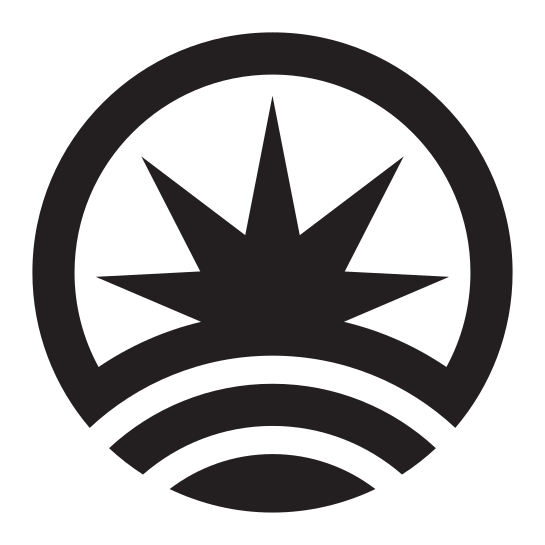 (This would be tattooed on an omegas upper right arm.) 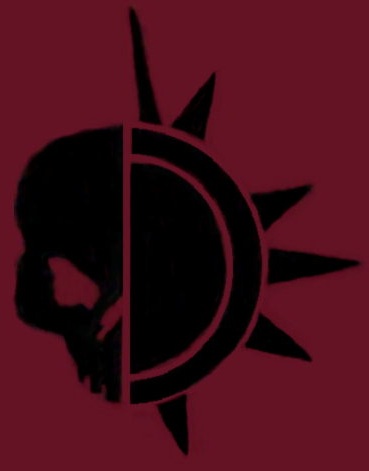 (This would be tattooed on the alphas left upper arm.) 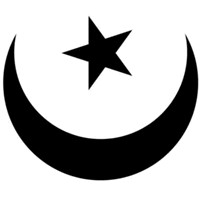 (This would be tattooed on each mated pair wherever they wanted, they decide as a pair.)
Matched

Okay, so for this idea, it is more vague and we will most likely have do some plotting/brainstorming together! Yay! ^.^ Anyways, I was thinking that it would be kind of interesting if we didn't have a 'main pairing' from the start, but perhaps multiple characters, and slowly and eventually establish a 'main pairing' as we go along in the rp.

Perhaps we could add in different supernaturals like, I don't know, vampires into the mix who have clans and mates as well, however they don't go about it the same way as the wolves. Like, wolves have heats, while vampires(or a different species) do not. Also, with other species could bloom forbidden romance. Like perhaps just a normal human being with a wolf that his imprinted on him, or even a hunter. Even more forbidden! ^w^

Of course we can stick with the basic alpha x omega pairings as well and add our own twist to it, like they at both from rivaling packs, or the omega already has mate, etc. we will decide the different pairings, how many starting characters. We also don't have to do pairings just plot out different characters and see who they all end up with in the end! They can switch partners or stay with the same one, there are all kind of possibilities really! :) If you have any ideas, share them please!

•I am again, looking for semes/dominants/tops. I am not against having sekes/switches however, but I do prefer playing bottom. ;3

• 1-3 or more paragraphs! I do not nor accept one liners or three word replies!

•I only rp in the threads! I don't mind starting the thread! :) Just ask!

•Anime or realistic pictures accepted.
NOTE: I will update this thread with more ideas or guidelines if I think of anymore! ^.^​
Last edited: Aug 18, 2015
Reactions: 1 person 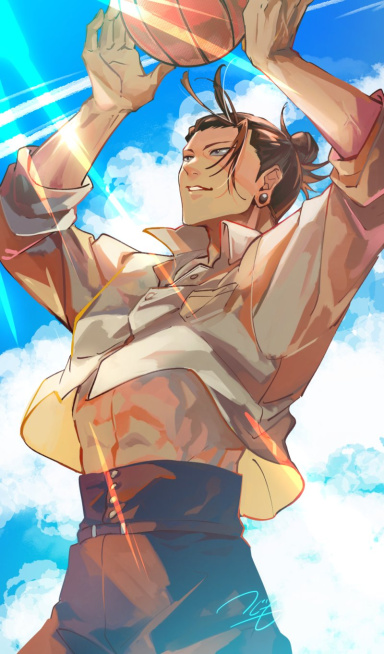 It said your inbox was full so I couldnt send you an email, but I'll write with you if you want, I like the plot of the first story or we can make one up ourselves :)
Reactions: ☠ Ɠнσѕт Ƙιηg ☠

MaskedMyth said:
It said your inbox was full so I couldnt send you an email, but I'll write with you if you want, I like the plot of the first story or we can make one up ourselves :)
Click to expand...