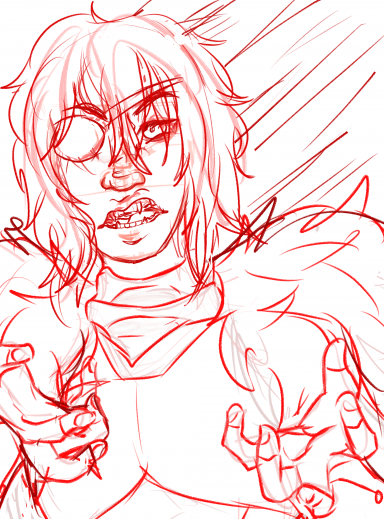 I've really been wanting to do a large action/horror/mystery gang role-play set in an omega-verse world? Like 7-15 players each playing 3-7 characters? I had tried to set it up on another site only for it to die, and i really only have the barebones of the plot and world structure as i love to build most of it as we go along with rp partners

-we would need at least 5 players or 5-6 characters a gang
-it would be semi advance so 1-2+ paragraphs a post, but try to match your response with everyone else so no 10+ paragraphs if everyone does 2
-i would be looking for someone to co-own it with me
-it is not set in the world today, to make up for how omega verse society works, it is similar to most modern cities but it's thousands of years post apocalyptic which makes the new 'human' species the descendants of werewolves that were mutated during a nuclear war, and now have faded after many generations
-i have the entire thread made on another site, it's just the nobody has signed up and nobody probably will as the site has died
with enough interest ill move it here

still looking for people, if not enough join feel free to message me and i can condense the plot down to a 2-4 person roleplay
Show hidden low quality content
You must log in or register to reply here.
Share:
Reddit Pinterest Tumblr WhatsApp Email Link
Top Bottom