Of Mice and Men (Fuufy and Desu Juice) 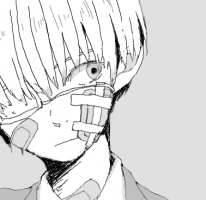 Quinn said he was going home, which Blaze was fine with at that point. The club was loud and dirty, and it was honestly a bad idea to bring him in the first place.

The brunette was three beers deep when he found a cue girl on a couch in the corner. She was his age, maybe a hair younger, with the same outfit and hais as all the other girls in the club. She had her legs crossed revealing her bronzed thigh as she leaned in closer to chat with Blaze. She leaned into his touch, his hand trailing idly up her thigh as she forfeited useless fact after useless fact. This was a physical need for Blaze, much like his inkling need for a cigarette at the soonest possible convenience.

"My car is right outside, you know..." the girl picked playfully fabric of his shirt.

Blaze grinned. "Ya? What about it, gorgeous?" He still didn't know her name, but his sweetly southern accent and pet name covered for that effectively.

"Gorgeous" laughed a little. "I'm up for fun that's a little more private..." She punctuated her invitation with a playful giggle, her hand dipping into her bag between them. She produced a small plastic baggie with a couple of colorful pills inside. "Whaddaya say, big boy?"

Hazel eyes locked on the baggie momentarily. Ecstasy. A nagging desire screamed in the back of Blaze's head, his hand trembling at the mere thought of getting high that evening. He balled his hand into a fist and cracked a small, apologetic smile. "Not tonight, gorgeous." With that, the male untangled himself from the girl, and shifted to stand from the couch. He knew the she'd be upset, but he had to get himself away from the situation.

Halfway between the couch and door, someone else caught Blaze's eye. There was a man, an attractive man, standing against the railing of one of the platforms. He looked miserable and therefore stuck out like a sore thumb. Blaze's heart tugged with sympathy and a need for a distraction at the sight. He knew if he just went outside for smoke, he'd end up spending the evening in bed and thinking himself into oblivion, or worse.

Before he knew it, Blaze was approaching the man. He was by no means an indirect person, after all. "You look absolutely miserable. Wanna step outside for a smoke with me?"

Quinn was out for the evening... Or, at least, since he'd gotten separated from Blaze.

Samantha acknowledged that this wasn't what the blonde wanted, but she needed a night out and some fun desperately. The first thing she did was grab a beer and thank the heavens Quinn was a lightweight. It went down as easy as any other shitty beer would, and she grabbed another. She made her rounds at the party, investigating small cliques and loners, searching for someone to hold her interest for the brief time she had left that evening.

A mirror hanging from the bathroom door caught the Sam's eye. Emerald orbs scanned the length of the mirror, assessing Quinn's appearance. Modest band t-shirt, modest blue jeans, modest hoodie all wrapped around his stringy, modest body with his modest, moppy blond. Samantha wasn't modest, but Quinn was, so she'd have to make due.

Third beer in, Sam was feeling loose. The music at the club was horrible, so her ill-thought-out plan included getting out of there as soon as possible. The forth beer tasted vaguely different, but she didn't really care. She mingled, flirting with every boy and girl she came into contact with for a short period of time before getting bored and moving onto the next person. A half an hour later she was ditching Quinn's modest hoodie on a couch because the heat was almost too much to bare.

On course to the bar for a fifth beer, Sam collided with someone, sending the remnants of her forth beer to the ground. Usually, she'd get mouthy, but the friction caused a foreign burst of warmth in her core, and for whatever reason the event just tickled her. She knew something was off, that it wasn't natural for someone this stringy to feel so warm and tingly, but she still didn't care. The man was handsome and exotic, covered in tattoos and piercings that most people would be afraid to even try. He was the farthest possible thing from Quinn's type...

But Samantha was no Quinn.

Her lips cocked into a small, coy smile. "Why don't you watch where you're going, handsome..." Her voice (Quinn's voice, with a noticeable confidence and draw that he usually lacked) was playful and curious. "Are you gonna buy a drink to replace the one you spilled?"

(( OOOOH SO QUINN WAS SAM ALL ALONG. Woah, it's so cool how you did that xD

Btw- these characters are still pretty new to me, so I'm still trying to figure out who they really are, you know? Just warning you that over the course of this RP they might change a lot. xD)) 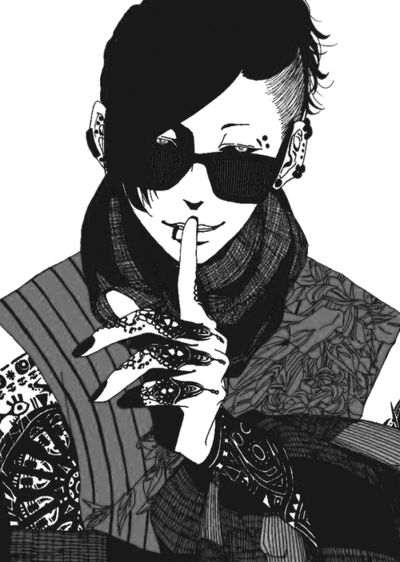 [fieldbox="Yuta Black, gray, dashed, 10"][bg=#404040]Yuta had since left the couch, and his friends followed him for a bit before they becoming too busy with other things, like dancing. Jesus, Yuta chuckled- Julie had been doing the same dance for the past half hour. That was ecstasy for you.
Yuta was different than them though. He was used to the pill enough where he didn't get too clingy or too social when he was on it anymore. So with his friends busy doing their own things, Yuta stole away to the bar, alone.

But, of course, it was difficult to feel alone in such a place. Even when he wasn't talking to someone, Yuta felt like he was constantly, non-verbally conversing with everyone around him. His words were in moving past laughing people, swiveling his hips to help him ghost past crowds gathering under the lights, dragging his lips up into an uninterested smile when he made eye contact with a grinning girl holding up a drink. He loved the feeling, even though it wasn't real; a fixed veil over his eyes, only for the time being.

He didn't mind. And, he was ready for something strong. On his way to the bar he was focused on unwrapping a lollipop; the wrapper stuck to the stick stubbornly, and it took all of his focus to separate the two.
He wasn't looking ahead of him, and suddenly, Yuta felt someone stumble into him. Or, maybe it was he who had stumbled into someone.
Normally, he would have thought to simply move away and apologize, ignore the stranger, anything but stand still, wanting to move closer- but, the lovely feeling of a lanky body against his chest almost made him groan. His hands went up to touch the figure on their own accord, one tattooed hand went to an arm, the other stopped inches from a slender waist, wanting to pull Yuta into whoever the blonde mess of hair belonged to and melt against him like chocolate in a warm hand. He was in love. It was strange, but wonderful.

Then reason hit again and Yuta watched the boy separate from his clothes. It was the right time to take a look at the other person with a level head.
An unassuming blonde, modestly dressed. But the tone of his voice and the announced request was anything but modest, and Yuta smirked at him. His eyes half-closed in a sly, seductive look. "I'd love to buy you a drink... Wish you had spilled that sooner, cutie~" This was his type of guy, in a weird way. He loved modest-looking guys, cute contrasts to his own appearance.

Yuta quickly made a plan. He would get the male as drunk as possible, offer him 'candy,' then take him home as soon as possible. Yuta was done standing around in the club for tonight.
[/bg][/fieldbox]

[fieldbox="Dallas "Booney" Tries, black, dashed, 10"][bg=#404040]Dallas felt the metal of the railing digging into his elbows uncomfortably. Despite this, he rested his full weight on them and let his head hang down. The atmosphere was nauseating. He wanted to go. He felt anxiety building in his chest, but he was determined to just... Not move. Dallas was trying his mind again, trying to force himself out of the hard shell he made for himself over the years. It was a comfortable nest, like a warm bed, and difficult to leave.

He didn't notice the approaching male, so when he heard the voice, it startled him. Dallas raised his head, almost an angry look in his eyes until he decided the face he was looking at was defiantly handsome, he was sure it belonged to a rebellious character, who surely belonged in a place such as this. He was offering Dallas a way to leave the club. And Dallas was done trying.
"Hell yeah." He answered, a little unsure of his voice. There was a slight southern drawl in his pleasantly grow-ly voice. This was the result of constantly driving between Texas and New York, Dallas was an indecisive vagabond.[/bg][/fieldbox]
Last edited: Aug 31, 2015
F

Samantha had a plan as well - maybe one more beer before asking the man to take her back to his place because Quinn's skin was on fire. The blonde realized about half way to the bar that there may have been something in that third beer she picked up. It wasn't the same warm, wavy feeling she got when Quinn was a few beers deep, it was more of a hot, tingling that made her want to kiss strangers and put her hands all over the mysterious man leading her to the bar.​
​
The next beer went down without any thought at all, and Sam quickly came to the conclusion that things weren't moving fast enough. Grabbing the man's hand, she bee-lined for the door, muttering about the unbearable heat. Once outside, she grasped the man's hoodie and pressed him to the nearest wall.​
"Mmm, honey, I swear I don't do this very often." She murmured quietly, placing a chaste, rushed kiss to the man's lips. "But I think I'd love to see your apartment..."​
​
----------​
​
Blaze easily took the man's hand and lead him to the nearest exit, which left them standing in front of the club in the cool fall weather. Once they were free of the blaring music and sweaty bodies, Blaze felt like he could breath again, and the nagging thoughts of the girl and her tempting bag of pills evaporated from his mind.​
​
Reaching into his pocket, he pulled out a pack of smokes and offered one to the male. He struggled with his lighter for a moment to light his own before tucking everything away and taking a deep drag. Hazel eyes traveled over the male once more, Blaze briefly taking in his appearance. He didn't look like the club type, not that he was either. But it was peculiar, with how eager he seemed to get out of there.​
​
"Names Blaze, I didn't quite catch yours." he extended a friendly hand. "What brings a bell like yourself to a nasty place like this? Didn't seem like you were having much fun."​
Show hidden low quality content