WORK IN PROGRESS.
​
Oculus is a little town in which everything is watched and recorded by the Watchers everyday. Everyone can be watched at any given moment, the alleyways, the streets, the sewers. Everywhere. Not even public bathrooms were spared. The people here believe that crime there can be easily eliminated and avoided and the penalty for breaking law is severe. Mostly revolving around death or dismemberment. Although, it is regarded as an occult, it has no rituals nor sacred meetings and only revolves in pure surveillance.

But there is one flaw in Oculus. That private houses cannot be viewed. This is a key site to discuss plans with other investigators and hiders, but remember that the outside are heavily surveilled and bringing in 1 or more people inside who are not your family members can be very suspicious, and Enforcers have the right to investigate your houses.

You are an investigator sent there to investigate Oculus, because 5 people has recently visited the town but never came back. You will be sent with 4 of your accomplices and will stay there for 2 months, trying to know the secret of Oculus. But with everyone can be watched at any given moment, and the fact that if you leave the town can be punishable by law, it won't be easy.

Remember! Write all your findings while in Oculus. You are sent there to investigate after all.

[warning=white]Be careful! Privacy might be your best weapon but don't use it whilst being watched! Getting caught means getting killed. [/warning]

There are many followers in the little town of Oculus. Most citizens are followers or believers who believes in the power of surveillance. Only a handful of hiders (trapped investigators) were left in Oculus. As times passed, the names of the followers was changed into slangs. Here are the meanings of them:​
WATCHERS
The main security system of the Oculus. These men are found at the deep caves below the city hall. Trained to have a keen eye and patience, these men operate through Peepers or surveillance cameras. These men are constantly being replaced by more employees, like clockwork. Making them virtually incapable of taking brakes, making them extremely dangerous.

You must be careful when in public as Watchers keep on watching Peepers and will not hesitate to call the Enforcers when something is genuinely suspicious. They know the difference between real and fake and will always be watching everyone. 24/7.

ENFORCERS
These men were carefully trained soldiers, capable of withstanding large blows, impacts to the head, and to break ones bones. These are called upon the Watchers when they spot something suspicious. They wear minimum armor and heavy artillery.

These men have the right to investigate any private property and has direct orders to take in or kill the person and its accomplices when they have discovered something linking to crime. It depends on how severe the crime is. They take no brakes and can storm a house with a large number of men. Namely: 540,000. Depending on the case.

PEEPERS
Are named for the surveillance cameras and can be found on almost everywhere from parks to sewers. They are made from steel and iron and cannot be broken except for materials made from hard metal. Breaking Peepers can automatically increase suspicion for the Watchers and will most likely lead to them calling the Enforcers.

PUPILS
Are called for the citizens who follow Oculus and believe in its ways. They are most likely harmless but be careful when you are around them. If they notice something suspicious they'll call the Enforcers right away. You must be really careful at this point, because most hiders want to blend in with pupils, and you need to figure out which ones are hiders and which ones are pupils.

Because if you make a mistake, you're probably gonna die.

[question=white] Know that your characters do not know the locations yet but here are some that is specified in this RP so far. I'll be adding extra locations once characters explore them. They also get the chance of naming them![/question]

CITY HALL
A.K.A: THE CORNEA

Were the mayor and the occult master resides. The city hall is a large mansion similar to the white house but smaller and has only 3 guest bedrooms and a master bedroom. It has a pavilion, a large balcony, a fountain, a garden, and is painted black and white.

ROOMS:
THE MAYOR'S ROOM
Of course, the most finely furnished room in the mansion, the mayor resides there. It is unknown of what it may contain, but some evidence from hiders claim that it has a cabinet filled with eyeballs of traitors and investigators. It is strictly watched and only the mayor can go inside
HEAVILY GUARDED

THE GREAT GARDENS
Were city meetings, parties, occur. The great gardens is a large garden filled with trees, black and white lanterns, roses, daisies, ponds, fountains, and a mini theater. The great gardens (or gardens as everyone refers to it) can be accessible to everyone but some say it has different ciphers scribbled everywhere on the gardens.

GUEST BEDROOMS
People who want to pay fee can stay in the 3 guest bedrooms. It is more beautiful than that of a normal house and consists of white walls, a large flat screen T.V, paintings, a bathroom, a balcony, and a large bed.

THE PAVILION
The Pavillion is a large lawn with a roof that contains a garden of white roses. It holds the special meetings of officials and normal citizens cannot go there. Enforcers stand guard and it contains a swimming pool, a large chandelier and 5 air conditioners.


THE BASEMENT
A.K.A: THE WATCHER'S CAVE
Finely furnished, with air conditioner, a food court, a large bedroom, bathrooms, and 2 stories down underground, all the Watchers of Oculus reside there, and live there for the rest of their lives. They watch 24/7 and cannot go outside without a direct order from the mayor.

Achievements can be achieved by doing some certain things. Earning achievements gets better odds such as getting a better chance surviving Enforcers. Try to collect them all!
DESCRIPTION WILL BE REVEALED ONCE ACHIEVED BY AT LEAST ONE PLAYER

We, at Oculus promise that NO crime will ever happen in this town. We guarantee it! Our 24/7 CCTV service proves this. And we have been crime free since 1937!

We promise that Oculus follows all United States rules and regulations and has been ever since this town has been built.
Enjoy your stay!

RULES:
1. No godmodding. I already promised that people WILL and CAN die in this RP so I can't accept Mary and Gary Sues.
2. Follow all Iwaku rules. As tradition dictates.
3. Characters must be at least 18+ and must be below 40
4. Keep ALL smut in the RP. This is a horror roleplay and not a libertine one. Romance, however, is still allowed.
5. If a character dies, you have a chance to create a second one. Albeit a hider. But if your 2nd character dies, then I'm afraid you can't play anymore.
6. Choices are free, you want to be a hider? Be one. Want to be an investigator? Be one. Want to be a horse? Sorry, no. Common sense is required.
7. Jokes are good but we all know too much is not a good thing.
8. Posts must be at least 10 sentences long.
9. Posts must not exceed 10 paragraphs long.

EXPECTATIONS:
1. There will be little to no grammar mistakes. You have a chance to edit it.
2. You must wait at least a post before you can post again.
3. If you are inactive for a month, then you will be given a warning before being kicked out. Please give out a notice so we can control your character while you are gone.
4. Try to be smart. Poor choices lead to bad results. Be careful!​

Do you have a CS for people to fill out?

Justaddnutts said:
Do you have a CS for people to fill out?

This is a work in progress roleplay as it is not yet finished!
Please wait a bit as I'm still working stuff out :)

And yes. I'm gonna post my character as an example.

Original poster
I am also interested in this, though to be an investigator is there an age requirement? Or is it possible for a teenager to be an apprentice investigator, where they are in an intern-like situation with another investigator? 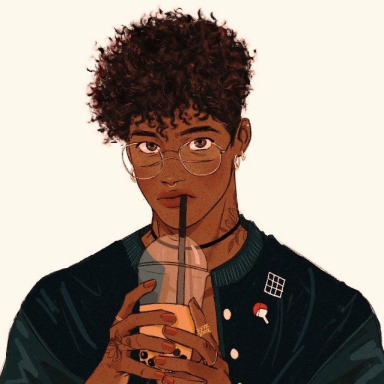 Would love to be in this, if sitll happeneing.
S

Shattered♦Secrets™ said:
Would love to be in this, if sitll happeneing.
Click to expand...

Yes. It will be soon!


Raven Haruka said:
I am also interested in this, though to be an investigator is there an age requirement? Or is it possible for a teenager to be an apprentice investigator, where they are in an intern-like situation with another investigator?
Click to expand...

I will be siding on both. Just make sure that it's 18+
Reactions: Raven Haruka and MadKingJai™
Show hidden low quality content