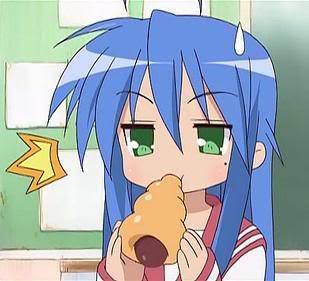 Hello and welcome to my first suggested campaign into roleplay on this here site. Today we will be discussing the idea of a Call of Cthulhu scenario with a twist to make it forum roleplay friendly. I will be heavily referencing a scenario book for this to make it so that things run down the tracks but, I will also be adapting things and making it more open so that way it is friendly to a forum environment. The book, Masks of Nyarlathotep.


The term "Cthulhu Mythos" is generally attributed to August Derleth, a writer and early fan of Lovecraft, who later founded Arkham House publishers, dedicated to keeping in print the collected works of Lovecraft. Today, the term signifies a certain fictional cosmology of alien gods and monsters, arcane lore, and themes that represent "Lovecraftian Horror," where humanity's existence is unimportant in the grand scale of the universe.

Lovecraft wrote, "All my tales are based upon the fundamental premise that common human laws and interests and emotions have no validity or significance in the vast cosmos at large." He further imagined that the fundamental truths of the universe were so alien and horrifying that mere exposure to them might result in madness. While humanity might crave both comfort and the truth, only one or the other was possible. The human mind is an inflexible container and cannot contain both cosmic truth and complete sanity—more of one poured in must spill out more of the other.
Introduction to the world

The Carlyle expedition led by 24-year-old Roger Carlyle, a millionaire playboy who inexplicably turner from the life of wastrel to fund and lead an archaeological expedition to Egypt, departed from New York in 1919. he principal members of the expedition were Sir Aubrey Penhew (age 54), titled, wealthy, and a noted Egyptologist; Hypatia Masters (age 27), a beautiful society girl, accomplished photographer, and linguist; Jack "Brass" Brady (age 36), mercenary soldier, weapons expert, and Carlyle's confidant and bodyguard; and Dr. Robert Huston (age 52), fashionable psychoanalyst and interpreter of dreams.

During this expedition something unknown went wrong and they all went missing. A search party was quickly sent out to find the missing expedition, what they found were strangely well persevered bodies of the expedition team.

In 1916, a cult based in Kenya, Africa, dedicated an obscene ritual to the God of the Bloody Tongue. The cultists, led by a high priestess called M'Weru, gathered to summon their god in a ceremony that had been performed without success for countless years. This time, however, the result was different. The Bloody Tongue manifested in their midst, speaking of a Great Plan that would free humanity from its earthly shackles. M'Weru had been chosen to enact the living god's will; she would be the vessel through which the god's Great Plan would be enacted.

Goal of the players

This is for the players to decided, will you decide to fight the cult and stop the freeing of Nyarlathotep or will you decide to work with the cult. All in all, you are a group of investigators sent out to look into this further.