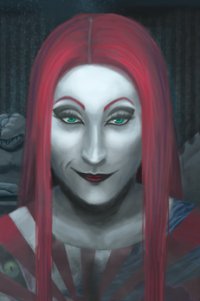 Hello there, I'm Isho, and thanks in advance for checking out my roleplaying request!

A little bit about me, if you're curious:

I have a long history of roleplaying, both in specific themed forums and in real life, and in tabletop rpgs. I also like to become friends with my RP partners, and if you're up to it, I'll probably chat with you through PMs.

What I like in my RPs:
* I roleplay mostly young adult, male characters, despite being a woman myself. I've been curious to roleplay a female character though. I'll go further on this in the next point.

*Romance: I love malexmale romances, specially if we don't stick to the classic stereotypes of one character being strictly submissive and the other one active (both in bed and day to day life), but I can do that too. And if we come up with an interesting story and interesting characters, I'm up for a femalexfemale romance. With this one, I'm not sure I'd like to make it +18, so I can't promise anything on that side. And I don't do heterosexual romance, sorry n.nU

* Variety. Usually my roleplays include action, calm moments (still lifes, I think people call it), comedy, angst, sex, and I indulge in horror sometimes. Of course I always ask first, so I know where our interests overlap and stick to that, but I like variety. :)

*Genres: I love fantasy: urban fantasy, fantasy worlds made from scratch, person-in-a-strange-world, etc. I love using supernatural characters, like mages, demons, etc. and vampires have a special place in my heart. I really like to include romance in my roleplays, either as the central theme or not. And I'm up for comedy or something downright bizarre to have a good laugh.


RP dislikes:
*Genres: I lack the necessary interest and knowledge to pull off science fiction -including steampunk- and historical. I also don't like RPs that are strictly day to day life, and am not looking for a modern roleplay at the moment.

*My partner's character: No Gary Stus/Mary sues of course. :P

*When it comes to writing level, I expect something around intermediate by Iwaku's standards. Also, I'll love it if you describe to me what is going through your character's head.

*When it comes to posting frequency, anything from speed of light to once a day. Even things like 'I post everyday except on weekends' is fine for me. I'm a very active RPer, and waiting for days for a reply is painful for me D:

*If for some reason you can't keep up with the posting routine because something happened, or will drop the RP or anything, tell me about it please.

*I don't usually have plots thought before-hand. I like to brainstorm with my partner and come up with something. Sometimes I like to think of the plot after deciding on the characters, sometimes after, sometimes everything happens at the same time.

*Speed of light to a couple of posts a day frequency.

Characters:
I usually create a character for each roleplay, but here are a few that I'd like to use.

Brief bio: In the dragon society, not as different from human society as dragons like to hint, Adham is a very intelligent and promising dragon, a powerful spell caster, a wonderful singer, and a very agile acrobat. His gifted existance doesn't mean he's exactly respected though. Being so young, he lacks wisdom, and on top of it, other dragons view him as the little winged reptile that hatched from his egg barely two hundred years ago. In order to gain the respect he desires so much, he wants to do his best to terrorize humans until is name is known in every corner of the world.

General personality: prideful, beauty-loving and a bit narcissistic, just like any other dragon. Still being very young, he can act childish at times, but he had to learn something after 200 years of living, so in some other areas, he's quite mature. He's a curious person, and this curiosity makes him observe humans and animals closely, without eating them or harming them in any way, which is startling for the great majority of dragons. 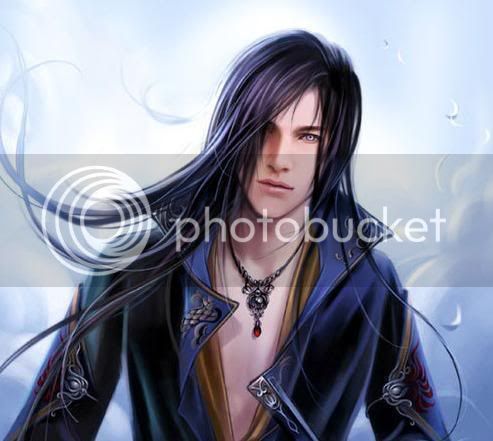 More about his appearance: Olive skin, inherited from his family. When groomed, his hair is combed back and braided, and he wears good quality clothes that aren't flamboyant, and no jewellery. Refuses to wear perfume or anything along those lines.

When out on a trip for luxury or a job, he's almost unrecognisable, his hair in a messy ponytail, his clothes in layers to keep him warm but light enough to move comfortably, most of the time dirty and ripped due to the weather conditions and the trip's hardships. Always smells of pine, wet grass or ground, those kind of aromas.

Bio: Comes from a family of animal tamers. Him and his family raise animals to be sold and rented as entertainment, exotic pets or work animals. They work with horses and the like, but they're specifically trained to work with rarer animals. All of them can speak with animals. Dov's previous generation bought a relatively humble noble title, and this nobility allowed Dov to become a knight. It's a little known fact that him and his family are now nobles. Everybody who doesn't know they're animal tamers think they're just nomads or eccentric people, since him and his family members travel all over the realm to do their job.


Name: H-30.
Age: 5 (in human years, but he's not a child)
Preferred setting: fantasy that is more on the sci fi, not completely sci fi since I don't want to make up science for the roleplay.

The species: their actual appearance: Aliens! They're some kind of semi-transparent blue gel, mostly shapeless but with some kind of tentacles, with some kind of colored wires inside of them that sometimes shine with light, and a ball of tissue that resembles a brain. The powers: for humans, it's mostly a mystery how they work. They've been able to determine it has something to do with brain waves, the higher they are, the more powerful they are. They can alter people's perception, and the ones who are really powerful can outright dominate people's actions -not something H-30 can do most of the time-. They can also insert thoughts and ideas, that they can try and disguise so it seems like the brain owner had them. The power of their thoughts is also able to shape their bodies, so they're shapeshifters. Their copies aren't perfect though, and if there's a function of the body they don't know, they aren't able to imitate it. Most of their copies are appearance wise only.

H-30:
Personality: Under normal circumstances, he acts rather calm, and has an easy smile. He does what he can to keep himself happy, because his powers are stronger when he is. He's susceptible to other people's emotions and will mimic them by accident. He can stand to support someone who is sad, but anger is too unnerving for him, so if he fails to revert the person to a happy state, he'll leave. He's also very curious. He didn't have much time to explore the Earth, specially when it came to human's lifestyle, so it's all very intriguing to him. He doesn't know how to handle most human technology.

Likes: still doesn't know since he hasn't had the opportunity to see what the Earth has to offer, but he'll end up liking the sun, cheerful people, comedy films, books, comics, dogs, food, sex, some music genres, basically anything that will make him instantly happy so he can use his powers to his fullest. He's not power hungry, that's just his natural state.

Dislikes: the news. They're depressing. Even when he can't understand them, they're enough to weaken him. Drama and tragedy movies, books, etc. Rainy, cloudy or stormy days.

Skills: already described most. If he shapeshifts to some kind of beast, he can fight hand to hand just fine. Depending on the form, he might be resistant to some things or not.

Weaknesses: anything depressing will weaken him. Taken by surprise can be lethal for him. 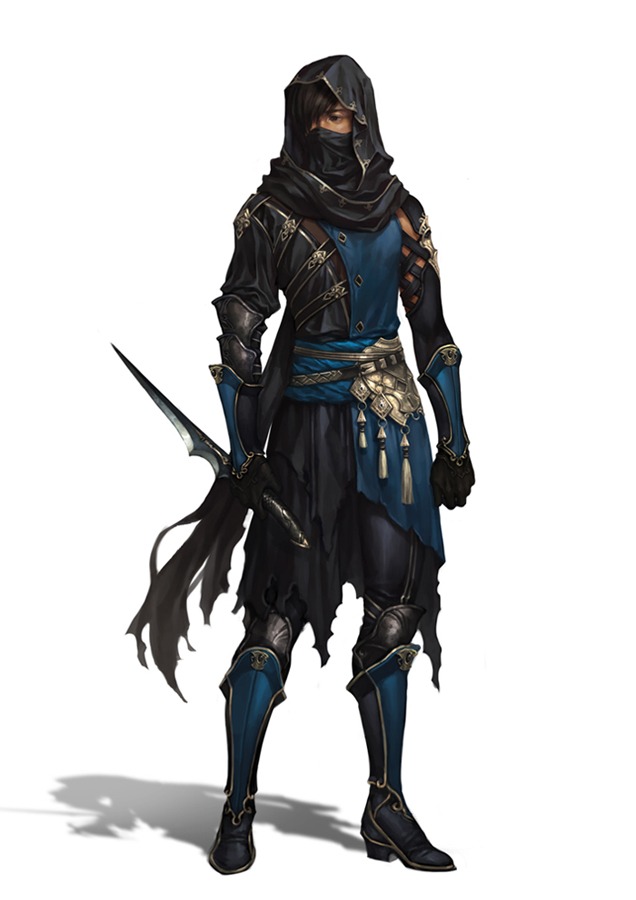 -Mask off: his face is quite androgynous, which was useful when he was younger to pass as a female on spying or infiltration missions, since men always seem to lower their guard around woman. Now that he's grown up, passing as a female is no longer an option.

General personality: moody when stuck with people he considers useless. Might come off as too serious, but he's more easy going with people he finds admirable or interesting, often old people with interesting tales to tell. He's so used to having to be quiet, that many times he won't voice his opinions or concerns. From spending so much time taking others' rights to private property and to live, he isn't very empathetic, since it's a bit hard to see people as something more than pieces of meat. He's far more empathetic with animals, and he keeps many animals either as pets or trained companions.

Brief Bio: following his family's tradition, he was trained as an assassin from a very young age. When he was a teenager, doing the dumb things teenagers do, as a very dangerous mission approached, he formed a contract with a demon. He sold the demon his shadow, so the demon could inhabit it and roam this world, in exchange for powers. When this was found out, his family kicked him out. His sin follow him everywhere, due to his lack of a shadow. A shadow appears when, thanks to his powers, he shapeshifts into another person DURING A MISSION, but the rest of the time, he doesn't have a shadow.
P

Hello~ I'm interested in RPing with you. I've been craving a fantasy RP. If you are still interested just PM me. I'll love to discuss a plot with you.
Reactions: Isho13
Show hidden low quality content