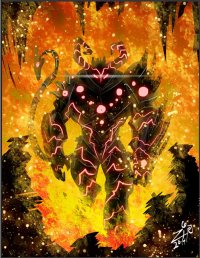 A parody of a human being

Genres
Modern with or without magic, horror, would like to try romance a bit. sci-fi is also good

So, i've run through a lot of the standard kinda stuff. Not saying it's bad, but i have a strange and specfic craving :P
note, that i am playing the man in these RP's honestly.... i've had people not read the title before... so again. I AM THE MALE!

plot hook one. Blindness. Really, that's it, one of the characters is blind. Details beyond that are up for us to figure out. It could be long time friends, or two people that meet via a set up, or blind date... see what i did there? But still, one of them is blind and the other isn't so together they work to make a healthy and loving relationship over this large hurdle for them
After all you can't really take a blind person to moives, and candle lit dinner doesn't mean that much to them. So the sightful person would need to change their bag of tricks to woo this blind person with success

the other one, abuse, buuuuuutttt with the man being abused. I've not really seen this in.... much of anything really. It's never talked about, and i want to RP it. Though... in this, the other main character is not the abuser, it's the friend that tries to pull him from the abuse. The abuser can be shared for RP, but again it will be an NPC!

Ignore the spelling errors.... i know that they are there... don't care am too tired to fix it :)
Show hidden low quality content