This sounds awesome. I'm in, if you're till accepting

Yea I am
B

Appearance, Short brown hair that is spiked up in the front, olive white skin, and sky blue eyes. He stands at a full 5' 11". He's fairly muscular and slim. His age is 25

Weapon/ Imperial arm, Sol and Lun. Twin Chakrams that have control of two separate powers. Sol, or the sun, has the power of flames, while Lun, or the moon, has the power over ice. (though like their imperial arms, Sol and Lun can not do as much damage as Bol's Rubicante or Esdeaths crazy ice powers.) They are designed to be thrown, sliced, or blocked with. The interior handle allows the user to easily throw the weapon, instead of stabbing with it. The weapons grant the holder powers of both fire and ice, until they are thrown which the user then becomes partially weakened. 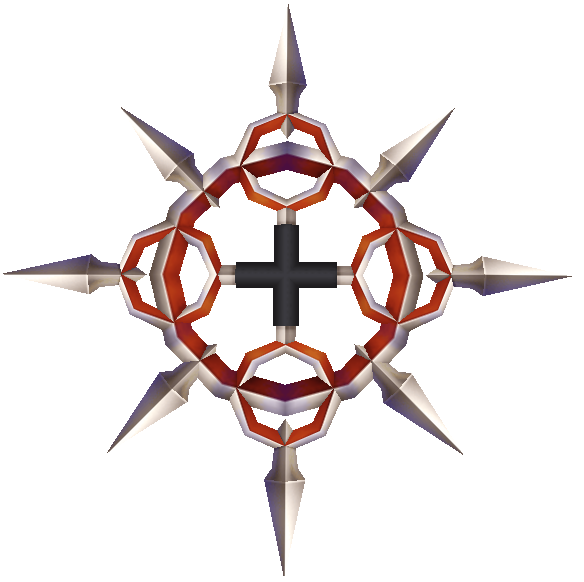 (imagine, or red and the other blue)


Bio, Garis Torik originated from a smaller village outside the capital city. Even after four hundred years after the events of the revolution, his small village was still damaged from the first imperial arm Shikoutazer. His family were lucky out of the town, living on the much nicer part of it, which the untouchable's didn't like. They sacked their own village, setting the rest of the remaining homes ablaze, claiming equality for them all. The capital's government sent in a small force to calm the rioters, led by a Arm's wielder, with the power of her arms, calmed the people. Marveled by the true power of the Teigu, so he himself set off for a journey to find one for himself at the age of 17. After four years of disappointment, he ran across an odd trader who had said himself, to have traveled over the empires land. Garis had noticed the man carrying a set of Chakrams, selling them for a mere mount on a wall decoration. Garis took the opportunity, buying the Chakrams, and fleeing the town. The next two years, Garis had become a paid hunter to hunt down danger beasts of all nature. With the power of Sol and Lun, he became the savior of families and homes. Catching the ever watchful eye of the night raid recruiters... 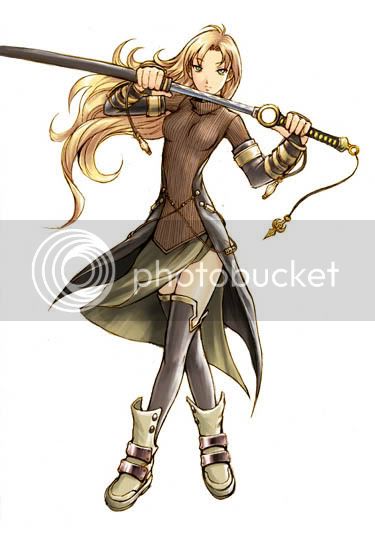 Bio Jasmine was born to a small clan in the northern mountains that worshipped dragons. The clan had followed the beliefs of their original leader the dragon priestess. Only those who shared her bloodline could wield her imperial arm, but it has been long believed that her bloodline disappeared. That was until jasmines 17 birthday when she was given her chance to test if she was compatible. She found out she was, but with this discovery brought misery. An army of the old empire attacked her village and killed everyone until she was the last one standing. That's when she discovered the power the gave was the attributes of a dragon. She obliterated a the army and set her village ablaze. This act did not go unnoticed though by the recruiter of night raid. It has been 4 years since that day and she is now one of the top members of night raid.


Jasmine sat at the table of the headquarters as she listened to their boss debrief them on there last mission. "I swear we can't keep a rookie alive for 2 weeks." She sighed. "I think we found our next recruit but I need someone to go out and retrieve him. Jasmine I'm leaving this to you."

Jasmine looked up from her plate of food over at the boss. "Yes ma'am, but what am I to do if he refuses."

The boss looked over at jasmine. "Then you bring him forcefully."

"Understood" jasmine stood up and left the room. She had a small journey to make to the imperial capital.

Should we wait for more people? Or just get ourselves a head start?

Oh dang! so, we just do it here then?

Garis's work had slowed down a little once he reached the capital. With soldiers guarding the walls, patrolls running the streets, there was no need for hunters to be here unless they planned on spending or loosing all their money at the casinos. Though, Garis wasn't much of a gambler, so he visited his cousins tavern on his way to the inner city. He talked with his cousin, shared a few stories, laughed a good laugh, and had one two many drinks before leaving.

Not completely hammered, but more then tipsy. Garis had began walking on the bad side of town, like he was asking for trouble. He soon got it when a small group of thugs surrounded him with small daggers and crossbows.
A thug with an odd purple mohawk approached him, holding a miniature crossbow at his heart. "you dead meat, meat sack. walking in on our turf past your bedtime....." he tried to act tough as his friends laughed and chuckled.
Garis had a fine amount of time to sober up, but decided to have some fun. In as weak and pathetic kind of voice he could make, he said. "Oh, please don't hurt me you bad bad man!"
The men laughed and seemed pleased at him begging.

Jasmine had been following him since he left the tavern she used the rooftops to conceal her position and was laying in wait til he was in a secluded area of the city. That's when she noticed him run into a band of armed thugs. "The boss will kill me if anything happens to him." She drew out her sword and came in spinning when she landed she sheatched the sword once more as the bodies of the gang drooped dead around her. Her black cloack still covering her face. "You know why I'm here right."
B

Garis smirks, crossing his arms. "I know, i also knew that you have been following me for quite some time..." He studied her up and down, he took special note of her blade and how quickly she had dropped the gang members. "And, what is my hero called?" He kept his arms at his side, trying to be prepared incase she decided he didn't need to live.

"That depends on how you answer my question." She looked him over noting his hands at his side. "I was sent here as a recruiter for night raid. You show significant talent that could really be used in our line of work."
B

Garis sighed and crossed his arms, "persistent, are we? you people don't take no for an answer...." He turned so his side faced her. He weighed his options, he was a hunter, not a murderer. Right? He then looked to one of the gang members dead corpses. To defend himself, we would have done the same as the girl in front of him did. "Night Raid huh?" He gave a small smirk, not everyone knew the true story of them, and even less the whole story. "where do i sign in?"
R

Are you still taking people?

name: Ryth sirgantir
age: 17
Imperial arms: incrusio
bio: after the end of the old empire, a large group of radicals believed that the imperial arms used to destroy the legendary imperial arms transcended even the ideas of the emperor who ordered its creation and became divine. they took it from the corpse of their saviour and started recruiting others to make sure their "sacred gear" would be given to the right person in the world's time of need. Ryth was raised by two parents who were highly devoted to ensuring a successor for the "sacred gear" would be ready when they needed it. this lifestyle made Ryth dedicated to being a defender of the peace, training himself mentally and physically so that he would be able to use the "sacred gear" to help the world even if some large catastrophe doesn't befall it. on his seventeenth birthday he finally convinced the elders to allow him to take the trial for the "sacred gear". his training served him well and he was able to reach the blade that held the ultimate power he was looking for. the other trials were nothing compared to when he first touched the blade, the test forcing his will to overcome the imperial arm's own though he succeeded and is now heading to join the night raid.

@Ryth do you mean Incursio?

I've kinda been dead to the world for a little while, sorry.
Show hidden low quality content