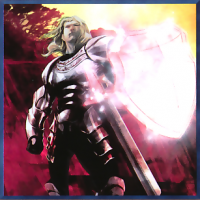 I have two ideas that will not go away until explored, and since a number of my partners have dropped off I have time for them now.

Some things to know about me:

1. I have a sporadic posting schedule due to my college and work schedule. So sometimes I will be able to post multiple times in a day, and others there will be a whole day where I cannot make the time. One class is going to be finishing up soon, so that will free up time.

2. I prefer using the PM system, but can be persuaded to do thread if that is your preference.

3. Kinks and things are negotiable. Just run them by me(list preferred) and we can talk it out. That being said, I am very much open, so don't be shy :)

4. I like to either have an OOC PM or Skype to chat through the RP if say something isn't working for you and we can negotiate how to change that.

And with those out of the way, here are the ideas. I will be updating.

Our characters met in college, and became quick friends due to their many nerdy shared interests. After earning their degrees and moving off-campus into an apartment together, they've fallen on hard times and can barely make their rent. At a loss for what to do, they decide to produce their own pornographic videos.


Smut/Plot Rate: Negotiable
MC is a new model of android currently in the 'Testing Phase', and I'm given to you as part of this phase. MC is neither male or female, and is able to swap sexual characteristics of both at will.

This one is the most open, as I haven't been able to decide on a direction just yet.

I'm also willing to hear out your own ideas if none of these click with you. PM me if you want throw some ideas idea in a pot then mix them together with me.
C

Hey! I'm willing to do some experimenting with plots! However, I'm only able to access the site a couple times a day, but when I do I'll be online for at least half an hour. There's also a pattern to my appearances on the site.

I'm looking for someone willing to do a long-term committed rp. Any kind of plot of your choice is fine by me, so get a bit crazy! Also, let me know if I push your limits with graphic sex or gore, cause I have no limits myself and tend to go a bit overboard which scares people off, so please just tell me and I'll take it down a notch.

I prefer third-person POV rps, too, and I'd like to play mostly female characters, if that's ok with you. I'm happy to do it over PM's or forums, whichever you want to do.
Show hidden low quality content