Original poster
Golden hues lit up in the tree line as they watched from above. The wind blew through the trees bringing glimpses of light through the leaves. Flashes of light would reveal a woman that held onto a branch with her hands and toes at a low crouch. Her frame was curved with the womanly figure she had. The tribal cloth barely hid her chest and her waist from anyone that would take in her features. Beads wrapped around her body, her head, stomach, ankles, wrist and tail. Her cat like ears, large on her scalp, laid back as she prepared to pounce.

The rabbit on the ground ate away at a small snack it found, resting from hurrying away from another predator. Her tongue ran over the sharp teeth that were slick and eager to dive into it's flesh. Without another second to spare she lunged for the ground, moving swift and lightly through the air. She'd begin to yell once the rabbit took off. Her body took a shoulder to the ground and rolled till she was on her feet again. She sighed, failing at her own mission to land directly on the pray. Her tribe would have been ashamed.

It had already been three weeks since the tribe grew to small to prosper together so they parted ways. They all were on their own, what was she to do now? 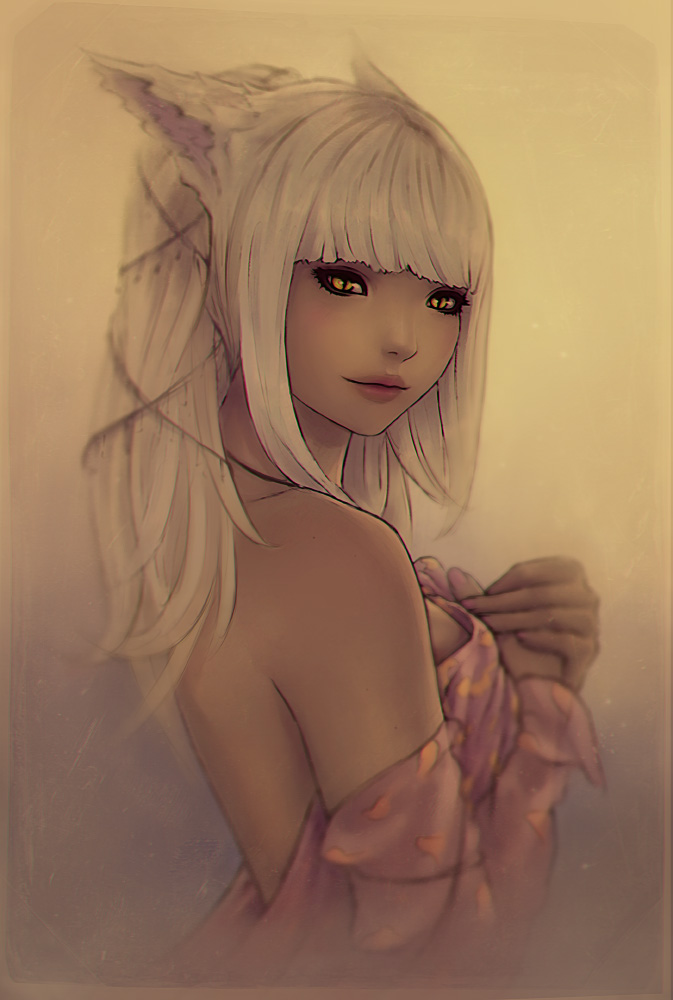