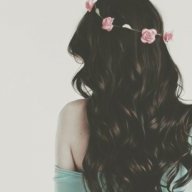 Hey @Brea here is the thread. I will get the CS up and hopefully we can get the ball rolling on this soon. Even though we are starting over from scratch, here is our Original role play in case we want references http://www.quotev.com/groups?t=1660647

ᒥSimply myselfᒧ - Roleplay (Original and Fanfic) | Groups | Quotev
The Nerd Next Door- He’s the nerd, the one who gets thrown into dumpsters and his stuff thrown around. It’s only ‘banter’, but sometimes it sort of hurts. There’s only one person who doesn't treat him like that, so naturally he has a massive crush on her. She’s the girl who lives next door, who he’s known since he was about 6, who came to his family barbecues. The problem? She’s the school’s star girl, the head cheerleader, prom queen so it’s not like they ever hang out at school, and they could never date. (If you want we can reverse the roles,s o you'd be the Nerd instead)
Show hidden low quality content