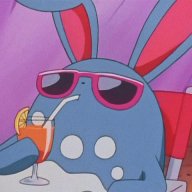 If he was honest, Caleb really had very little patience at the moment. Well, that was a given - being a werewolf, he had little patience to begin with. In fact, he distinctly could recall once almost breaking a friend's hand because the boy hadn't wanted to give him the answers to their Geography homework. That was another problem with what he was: the struggle controlling his strength. When anger was a problem he had to struggle with, it did often lead to violent outbursts, and he wasn't a stranger to punching holes in the wall, whether in school or not. It did take a lot to have to explain how he could do it, and thankfully, the teachers were all naive enough to simply assume it was Caleb's boxing classes that helped him have the strength. If they got a whiff of the truth, it would be scandalous.

But right now, he felt he had a legitimate reason to be angry, as he was currently in the park around dusk, and had picked up the scent of something... not human. And he knew it was that girl again. For a month now, he had been catching this scent whenever he went on his daily walks, and he knew it was one of those filthy vampires that his father had told him had recently moved into the area. There wasn't a huge rivalry among his family, and they weren't hostile to the idea of vampires. They wanted to live normally, away from any resistance towards the vampiric kind, but Caleb? He met their hopes with a snort of derision, approaching the very notion with this disgust. In his mind, the two beings were basic enemies, it was coded into their DNA, and like hell was he going to like them.

Willow was pretty new to the neighborhood, she'd been there for a month since her family decided to pick up and leave their old home and start living in a new environment. She was very excited, and eager to get to know what life would be like living there. She wasn't human though, she was a vampire. She had beautiful pale skin, and glistening red eyes except of course in public she'd have to wear her chocolate brown contacts. She was home schooled, and didn't have many friends but she didn't mind because she didn't want to risk any humans finding out about her secret.

When her classes were over, she'd wander into a park for a walk and would sit down on a rock and read for a few minutes but she would always come across this scent... Werewolf. She knew there would be other supernatural beings about, but she was curious. She always met this scent when she walked outside in the evenings. She never went near the werewolf... It was a boy, she could identify that by his scent. Werewolves and Vampires were natural enemies. When she sat down by her usual spot she caught the scent again, but stayed put. She debated on whether she should see who he was.​
Reactions: potassiumboron

There was quite literally only so much the boy could take before he burst. In his mind, he and his family had found the neighbourhood first, so they were entitled to stay there. it was highly unreasonable, he knew that, but all he wanted was this new family of bloodsuckers to just collect their things together and leave again. To him, they didn't belong there. Werewolves at least had a semi degree of control, and in their everyday lives, away from a full moon or from their anger that could lead to their transformations too, they never had the urge to harm a human.

Vampires, on the other hand? They drank blood, and living around human beings must be torture. They weren't trustworthy in that aspect, as far as Caleb was concerned.

And finally, he did lose whatever was holding him back, and had been all this month. He didn't want to even see a vampire, but he had no choice but to tell this person to leave. He had never seen a vampire in real life before, but when he spotted the girl, he really hadn't expected her to appear to... innocent. He had expected a person who looked like they could perform evil - not someone like this. "...You're the bloodsucker, right?"​
Reactions: MoonStar♥

Willow was about to turn the page of her book when she heard someone speak. Coming from the scent, it was in fact the werewolf. She closed her book and the glanced up at him, then looked down at her closed book again. "Yes, that's right" She murmured and then stood up. She took a look at his appearance, he was handsome but that didn't change the fact that he was a werewolf and they were natural enemies. She didn't like the way he called her a 'blood sucker' instead of just a vampire but she shrugged it off. "My family and I just moved here" She said, even though it was probably pretty obvious.​

"And I'm hoping you and your family will take a hint and fuck off again," he smiled sweetly, the smile evidently faux and as fake as anything, though a little faux politeness, he hoped, could go a long way. Even if his very being denied him being polite to a vampire, hence his sudden scowling only minutes -well, seconds- after. "I don't want you around. Me and my kind settled here first, ergo you need to go find somewhere else. Preferably somewhere where you can't sink your fangs into the neck of an innocent human, huh doll? Sound good? I don't want to get violent, but honestly, I'm not going to be able to hold back if you don't leave."​

Willow was angry, but she just decided to ignore him. "Where we live, and when we decide to move away - if we do is not your decision" She said calmly and then picked up her book and began to walk away from him towards a large house, it was a beautiful house. She noticed that there was a beautiful sunset as there always was most evenings. She sat on the steps that lead up to her familie's home and gazed towards it.​