SugaarCereal said:
I'll play along! I'm going to make one for shikadai and another one.. I kind of want to do a char that's Gaara's child but I Can't figure out who to pair him with >_< also what generation/rank would they have to be?
Click to expand...

Ain't nobody stalking you! You always close your curtains anyway Libra!
S

[Necessities -If they are not there I won't accept]

Summons: n/a
(Only if they have had someone teach them and are a Chūnin or higher
MUST CLEAR WITH ME FIRST)
Other
BELIEVE IT!​
Last edited by a moderator: Nov 4, 2015 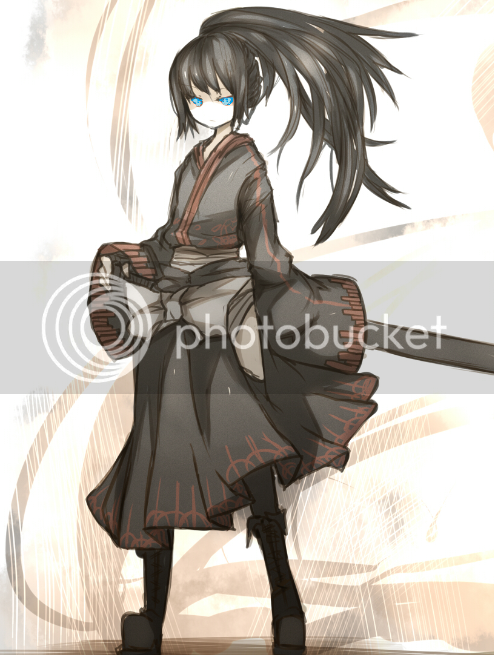 Morons, Set backs, Having to repeat herself 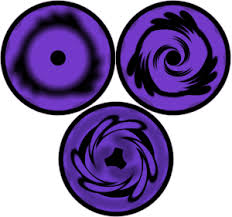 The Byokigan (All three stages)

Only very few members of the Shirotaka possess the Byokigan. Mostly those who are closely related to the founder of the clan, who usually become the head, possess it. Because of this dojutsu, the clan has been known for their art in Genjutsu.

Stage 1: The person initiates the Dojutsu, causing their eyes to change into Stage One. Those who peer into the eyes of the user are afflicted with Genjutsu, though the effects vary if the user themselves aren't actively using Genjutsu. Normally, the effects are a feeling of dizziness and a slight seperation from reality. This stage works best as merely an amplifier for visual Genjutsu, rather than for independent Genjutsu combat.

Stage 2: Within stage two, this is where it can get a little dangerous. With more and more knowledge and training with Genjutsu, the user of this stage does not need to use handsigns to user their visual Genjutsu. Though even so, they will have to concentrate on their technique, and depending on each will have to be careful with how many people are present.

Stage 3: Stage three is the most damaging. It is very rare for a member of the Shirotaka to develope their eyes this far. When active, the Genjutsu becomes dramaticaly real; Reality and Illusion seems to teeter with the victim, though it's much more than that. This stage can lead to actual injuries, but self inflicted if the Genjutsu calls for harming. The target will think they are being harmed, though are really attacking themselves in the same spots unconsciously. This can also be used for a degree of mind control, but that area will have to be praticed upon.

The ultimate flaw in this Dojutsu; only visual Genjutsu is amplified and utilized. If you are able to not look into their eyes, you'll be safe.

Likes
1. Stories of his fathers past
2. Training
3. His friends
4. Missions
5. Showing off his abilllites

Dislikes
1. Shinobi who threaten his village

Hobbies
1. Training
2. Hanging out with his friends
3. Impressing people

I'm interested would you mind if I made Kiba Inuza's son/daughter.

Okay cool now I've got think about how I'm gonna make and inuzuka character. Also who would the mother be if it is a cannon characters kid.

Like haku x zabuza? (They are dead too and well I'm not sure what Haku is he a he or is she a she? need to watch the show again!)
M

Like haku x zabuza? (They are dead too and well I'm not sure what Haku is he a he or is she a she? need to watch the show again!)
Click to expand...

Yoai is ok if your kid is the child of just one or adopted. Since two guys can't have a kid.

Haku was a man

Both those pairings are iffy at best though. Just remember you got to have a reason that the kid is in the village.
M

Is my character accepted??

Maria127 said:
Is my character accepted??
Click to expand...

I will be going over her in a little bit

Dislikes
- His father is a nobody, not even written in the book of history
- That he is actually really weak
- His rival are more popular than him (even though he isn't)
- Giving up
- The fact that he isn't Naruto's son


Kekkei Genkei
View attachment 90063
Yōsogan
要素眼
(Eye of Element)
Hanzo's Clan rare Dojutsu that similar as Sharingan which enabled user to mimic their opponent nearly perfect but unlike Sharingan, Yosogan only can recreate elemental jutsu and it's kekkei genkai meaning he can't mimic any other Dojutsu and upon mimic the jutsu, the Chakra use will be doubled as the original Jutsu which made Hanzo clansman rich in Chakra rival to Uzumaki. Any prolong use of the Yosogan would deplete it's user's life force.


Rank
Genin
(taken Chūnin examine once, team failed in the middle of promotion exam due to his lack of motivation) 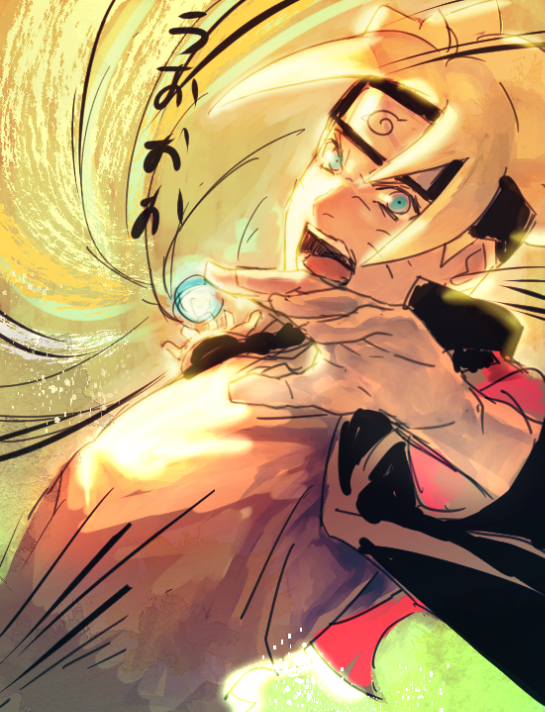 Notable Skills
Boruto is adept on using Ninjutsu and Taijutsu but really weak on Genjutsu.

Also he used to pull prank with Hiroshi such as paint the Hokage monument​
Click to expand...

SugaarCereal said:
[Necessities -If they are not there I won't accept]
View attachment 90088

Summons: n/a
(Only if they have had someone teach them and are a Chūnin or higher
MUST CLEAR WITH ME FIRST)
Other
(I didn't think of it? Go ahead and add it for shits and giggles)​
Click to expand...