Original poster
dudes, just saw a program called Vue, by e-on. i intend to get the free version and peruse it tonight.

well, either Vue or Bryce.

Original poster
I have played around with both a little, back when I was in SA. Got older versions of both free in a PC format magazine CD. Both are really easy ti use, beyond that can't remember a lot.
W

Original poster
hmm, been distracted by Daz 3, which is a character maker/animator somewhere along the lines of poser. so far i only have people in their undies, since clothes nad stuff cose money. its also the program that the company who now own Bryce have made.

so far i have a WMD in his boxers (which is all he is wearing in IW at the moment, though i plan to have him resupply after the crimson cadre gets going), modeled so that he's attacking the cultists. (though to be fair all i did was take a running with gun james bond style pose and mess with the arms and face) 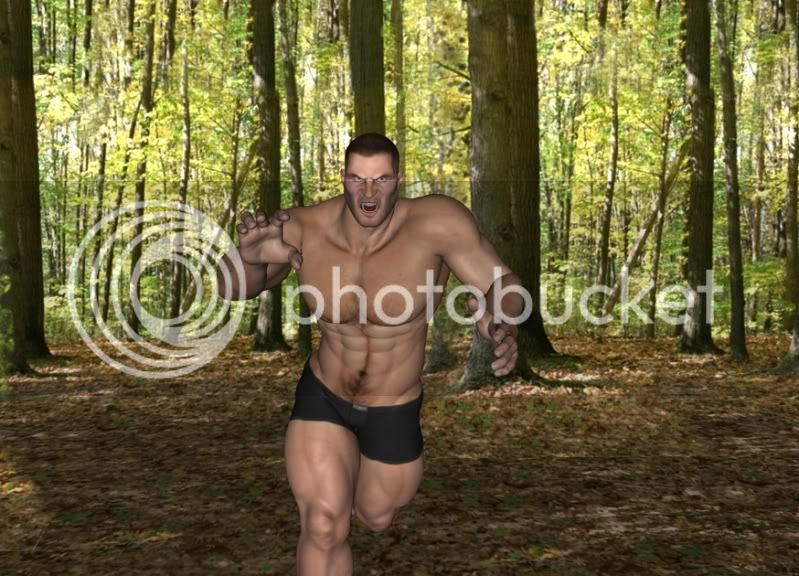