[bimg=fright|350|no-lightbox]https://www.iwakuroleplay.com/attachments/slaine-troyard-full-1846529-jpg.74900/?temp_hash=6ee546092c179fc044e48a92da522960[/bimg]Some of my private role plays have slowed, so I'm returning to the masses to see who out there is looking for a writing partner. Here are five MxM plot ideas I have in mind. I'll be assuming the dominant role by default in all but #3; but if you'd like to switch that around with any of the stories, just let me know!


As for my writing style; I'm usually "adept" to "advanced", but I adapt to my partner's own style of writing. As long as you can keep a few paragraphs or a not-so-awkward conversation going when it comes to dialogue, we're cool. When it comes to post rate/speed, if you can post once or twice a day, that would be phenomenal. Once or twice a week? Meh... I'm only putting up this thread because my others are already slow, so... yeah.

PLEASE READ: I'm an aggressive role player that likes to partner with other aggressive role players. It helps me stay focused and interested when I'm not the only one advancing the plot and throwing in twists. I like new turns just as much as the next guy, so please don't expect me to have full control in any of these plots. Otherwise, the scenes will get awkward real fast and I'll lose interest and drop out. So only apply if you, yourself can also be aggressive.

Original poster
Still searching for more partners! I'm also open to any other plot ideas that someone searching for a MxM partner would like to try.

I actually have an idea if you would like to talk over PM about it. 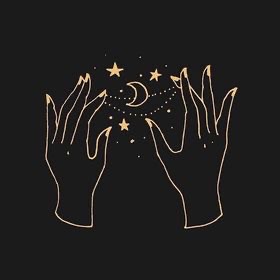 Flavian Dynasty or Hollywood sound interesting! PM me and we can talk more if you'd like! :3
N

Original poster
a. Character A is an Interpol agent investigating a new human trafficking ring that seems to be growing more powerful across the European continent. During a search & rescue operation conducted against one of the ring's underground hideouts, Character A discovers Character B, who is one of the trafficking victims. 'A' rescues 'B' from the complex, along with other freed victims, and works with 'B' as a witness to continue to hunt down the remaining associates of the ring. During their cooperation, 'A' and 'B' begin to see their relationship as being more than just mutual...

This one sounds amazing, if you'd be willing to do it!
I'd prefer character b. :)
A

Original poster
Hello. I am interested in #3 on the top if it is still open. I actually have an interesting character depending on who you want to be.
Show hidden low quality content