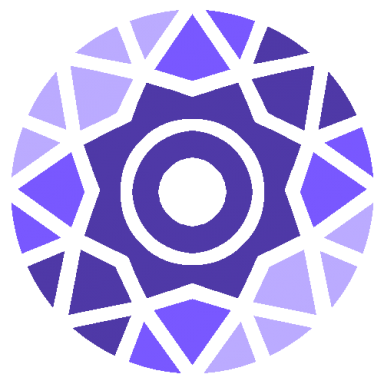 I've come so far.
I'm not turning back after all I've sacrificed.
I have to wonder what will I become
with no fear left in my eyes...

Right now, I want to revamp an unfinished long-term plot!
If you're interested in the prompt below, send me a message introducing yourself and who you intend to use for it. If we're a match, we'll get it on!

Expect the occasional warm-up period!
Between work, classes, and fighting the ever-present specter of depression, I may be a little slow to reply at times. More often than not, I'm a frequent replier, so it's my hope that, by opening back up a plot I used to love, I'll find that spark again.

I should also mention that OOC banter is a must!
The vibe is super important! I'm the kind of gal that needs a personal connection with the player and their character in order to stay invested. Y'know, getting to know each other and gushing about our current game and all that jazz. My Discord handle is CrystalDisc#0678, so feel free to send me a friend request!

Please familiarize yourself with me and my character!
You can find my preferences and limits below. Likewise, you can find out more about Azura'ellys on her profile.

Azzy's profile is still a work-in-progress!
I know the character in and out, but I do not have everything written down yet.

IC / = / OOC. Please don't confuse me with my terrible brainchildren. I promise I'm not that mean.

IC actions = IC consequences. I'd be happy to try and work something out with you as long as it stays in-character!

I always read my partners' character sheets and preferences before I play. Please do the same for me.

My favourite genres are fantasy and horror, but I can't write without a splash of comedy somewhere in there.
If I'm not making you smile, I ain't doing it right.

I won't kill your character, rip off their limbs, or inflict any permanent damage without your consent.
I expect the same courtesy to be applied to me.

I write in 3rd person, anywhere from 3 paragraphs to 1 page.
Oftentimes I bounce between post length.

Nudity is fine, but insanely detailed paragraphs describing someone's private parts are not.
I don't write smut or fetishes. In fact, I might end up turning you off instead.

Blood? Gore? Not a problem. I'm totally down to get dark and dirty.
So long as it remains tasteful and doesn’t stray into sexual violence, I can take it.

I don't mind strong language at all.
My only real gripe would be using real-world sexual and racial slurs, but even then I'm willing to tolerate it if it's in-character.

An eccentric billionaire passes under strange circumstances, leaving a mystical artifact called the Morning Glory up for grabs by his rich associates. What does it do? Who's to say (that's up for us to decide!), but whatever the case may be, it's immeasurably precious. The problem? It's surrounded by different trials carefully crafted and constructed by the mystery man himself. Azura'ellys, pretending to be a benefactor, hires Y/C for the adventure.

However, they're not the only ones. Several members of the Order of Ouros are in on it, and they're going to play any way but fair. Show 'em what you got!

Nevermind she stuck out like an exotic bird amongst a flock of vultures. Nevermind the fact that her identification and cash were stolen, either - along with the white blouse wrapped around her torso and a nice pair of beige dress pants keeping her body decent. Even her hair, a once wild silver, had been dyed down to a pleasant golden-blonde, and the emblems on her cheeks were smothered in blush.

Just because Azura’ellys could slip into one skin didn’t make changing into a completely different person any easier. It was strange, really; she felt oddly naked without her scaly hide, but the warm, salty scent of seafood exiting Red Lobster’s kitchen did a lot to put her dampened senses at ease and push back the growing hysteria that gnawed at her stomach. Few could say that fish and the sea were pleasant smells, but to a Drael like her, the sensation was a distinct reminder of their island home.

Today, she was not Azura’ellys. As far as anyone was concerned, nothing more than one Zoe Alanis had entered the restaurant, a small woven bag clutched neatly beneath her arm.

Settling in took some time. The fineries of the civilized world were still something she was becoming acquainted with. Nice clothes. Fancy music. Good food. All of these were things she had just scraped the surface in enjoying what was fondly known as modern Earth.

Azzy - sorry, Zoe - was, at the moment, sitting by herself, having an intense battle de-shelling the crab on her plate. Next to her sat a small cluster of stapled papers which, if one looked close enough, revealed themselves to be a dossier of sorts. Contact information. Photographs. Track records. Things any prospector worth their salt would consider before entering a contract with an adventurer-for-hire.

Thanks so much for your interest! I really hope to hear back from y'all soon.