... Read it and weep, boys. I'm going to school you in the ways of badassness. *wicked grin*

General Personality: Rion was best known for his rebellious, anti-social ways, back when he ran with the Pack. Now he's all grown up and boy, has he ever. Still rebellious, still anti-social, but now he has the skills to back up the threats he makes and he doesn't give a shit about humans. He's heard some disturbing rumors about the Pack he left behind, like how some of the Pack are getting a little too close to humans, and how the larger Packs are frowning down on it not having picked an Alpha yet.

General History: Rion is the only known son of Geoff Larrow and this is partially the reason he'd been encouraged to take up the Alpha mantle growing up. He was close to Sara but it never went very far, as she was only going after wolves she couldn't have and he was the Alpha's sulking, rebellious, shy cub. He finally ran away several years prior to Geoff's death, days after his mother died. Now he's tracked the Pack down to Raymond. ... This should be fun.

Current Goal/Purpose: To get the hell away from the 3's and 7's.
General Personality:
Normally confidant, laid back. He used to be a beta wolf. Now he's a lowly omega in this arrangement and it reflects on his attitude. He changes his mood according to his captors around him. If they're angry. He's angry. If they're happy, he's happy.
General History:
Kaleb had been part of Remmi's pack... When she left, the 3's and 7's swept through the area.... Anyone who resisted was killed. Anyone who tried to run was killed. Anyone who spoke against them was killed. So, to save himself for another day, he surrendered and joined. His only hope was that Remmi ran away soon enough and that she hadn't run into these brutes. He used to be lanky, but weak. Enough time with this pack, however, he was pressed to grow stronger, and so, he did. Now all he wants is to get away from them.
C

CURSE YOU NATASHA FOR BEING HOSPITALIZED.

Jimmy's redman magic would totally cancel out that sad, sad wolfbaby mojo going on inside Grace.


BECAUSE THAT'S HOW BIOLOGY WORKS.

I think Marette is going to kill herself at this rate! o_____o
F

Current Goal/Purpose:
To learn better self control and fit in with society. He also hopes to have another farm someday that he’ll protect instead of destroy.
General Personality:
Parker’s got a love for animals since he grew up on a farm. Even though his world was turned upside-down, he continues to be optimistic and unafraid. When he has the chance, he likes to spend his energy on playtime, like running, chasing and hiding. Despite being a young adult, he has a very childish personality.
General History:
Bradely Parker grew up on a farm and at the age of 18, he moved to Montana to work with his Uncle. There were acres of land available that Parker wanted to earn money to buy so he could have a farm of his own and someday have a family of his own, but nothing went according to plan... His secret of being a werewolf was kept secret from everyone except for the clan members who were scattered about. He one day was unable to resist his hunger and slaughtered all of the animals of his Uncle's farm. Parker cannot remember too well, but he was certain that he killed his Uncle along with the poor animals... When he gained a little more control, he ran far away from the farm and happened to run into Marette. The werewolf was covered with blood and tears, so she took him in to help him feel better. She was so kind and gentle... She's the person that matters the most to him now. Marette is like an older sister to Parker and he'll do anything it takes to protect her. As of now, he helps her around her antique shop.

Ok, I'm back in action, post being worked on now.

Comatose OOC is comatose. Also, yes, it was necessary to have Kaleb's nipples in the picture, STUFU.

>.> Zyzy just reminded me I have a character in this, sooo... I am going to make a post in this sometime soon! Haha. Sorry Dia... XD;

Thas cool, thas cool. XD we hit a snag while some peeps got super busy during holiday season. 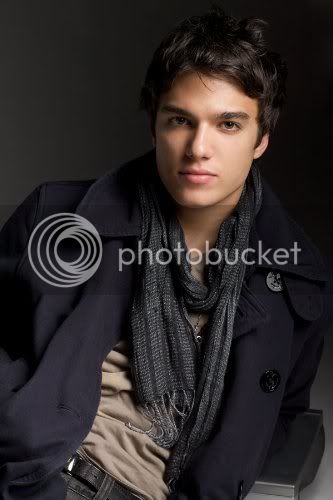 Current Goal/Purpose: Going to college online he wants to get good grades and he figures if he's away from large groups of people he can control his urges a bit better

General Personality: Sean is more laid back and quiet. He likes to go with the flow but still has a natural curiosity that drives him to investigate things that he shouldn't really poke his head into. He has a sense of adventure and doesn't shy away from a chance to go explore the trails in the wilderness around Raymond. He likes making friends and is generally friendly towards everyone but can occasionally get a bit of a temper.

General History: Sean grew up in a small town much like Raymond and only a few hours away, he grew up fairly normally, aside from the wolf transformations. He learned to hunt on his own and pretty much had to learn everything about being a werewolf to himself, thinking it would frighten anyone he told especially his parents whom he is still very close to. He went through school without incident and decided to not risk going to a bigger city for college where his secret would be found out or he might not be able to control his urge of the hunt and kill someone. Instead he decided to enroll online and move to another quiet town just far enough from his parent's eye, ending up in Raymond.
S

FOR THE LOVE OF JEBUS SOMEONE POOOOOOOOOST!!!!

I need Orion to post so that I can get both done in a neat, nice bundle
S

it's been over a week... FALCON PUNCH him into gear T_T

T_T I just wanna play but that stupid boy.... *sniffsniff*

STOP HAVING SEX WITH EACH OTHER AND HAVE SEX WITH US.