Original poster
Ok, some of you are probably wondering what's up with the F U. Well, the latest Monster Hunter game for the PSP is called Monster Hunter: Freedom Unite, although in Japan it's known as Monster Hunter Portable 2G. Not nearly as attention getting as Monster Hunter: F U, now is it? Anyways, Monster Hunter is a series I'm interested in getting into, and as such, plan on buying MH: Tri for the Wii when it comes out next week. Also because my PSP is still busted. So anyways, as someone who ahs yet to experience the series, I would like some input from veteran hunters on the series.

I can neither confirm nor deny possible rumors of a Monster Hunter themed, DnD based RP coming to Iwaku. 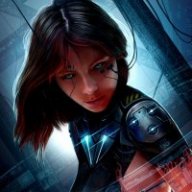 Original poster
It's getting scarier and scarier how much he and I have in common...If I had been in the military, I might even think I was a clone of his or something...
K

Original poster
Have the game, It's a classless RPG that's based entirely on gear and player skill. as your character earns no extraordinary abilities, aside from some REALLY FUCKING COOL WEAPONS.
A

Original poster
Right now I am in mourning for my UMD of Monster Hunter: Freedom Unite.

It died the other day after a year of service, but fear not!

The Gamestop near my house (the closest out of the five in Irving, Texas) has used copies.

Any who, I got three of my shipmates hooked to MHF2 back when I was still enlisted. We wound up hanging out in Mount 2-1 or 2-2 (the ship's Phalanx CIWS mounts) and playing for hours at a time whenever we had a night watch. We'd get chips and bean dip from the ship's store and stock up on sodas for our hunts.

So yeah, there you go.

Original poster
So...Ryker...Planning on getting Monster Hunter Tri?
A

Original poster
Bummer. We coulda hunted together.
A

I may try and make it a point to get a Wii, but right now I don't have the bank for it.
H

Original poster
Guess what I gooooot~?
Bitches. I present Monster Hunter Tri.
TNT, so help me, we better hunt. Cause I am a beast already. Killed 3 Great Jaggi's in a row, and now badass with the hammer, soon to be switch axe.
How do we make it happen?
T

Original poster
Don't know yet. My family and I have been busy these past few days helping my neighbor's family with her funeral and such. (My neighbor's death is why I missed Asmo's Birthday RP, FYI)

Original poster
While we're at it, let's share tactics for monsters.

Anyone have a preferred weapons and armor set for Nargacuga?

I use one of three Wyvern sets with different loads.

High attack, maxed out health, and the fact that it makes my character look like a member of GWAR place this high on the list. The fire element of the Crimson War Pike give it an already unfair advantage against Narga seeing a it's weakest against fire. It's also the second preferred set for 'Bull Battles' with the Black Panther.

As for Osteon Pick, this weapon may not have an element but it holds an edge pretty well and has decent attack power, which is amplified by the 'Blos armor's natural high attack (Attack High.) It's one of two weapons I've used to relieve Black Panther of his tail.

High defense and high guard. The Megaton Monster's armor is best for Bull Battles with lance and gunlances however you can better survive an attack with this set without the ability to guard. The normal Gravios lance comes with a poison element which provides something of an unfair advantage for Bull Battles. Black Panther can slam against your shield all he wants. You can heal, he cannot. The White Cannon can be used in much the same way but with the added benefit of having a cannon fitted to the lance. Be very careful when using the Dragon Fire though. You can get your ass handed to you if not careful.

The Black Doom Flame may have a -10% affinity but the fire element makes up for it against Black Panther. I've survived more than a few direct impacts guarding with this weapon.

As for the hammer we all know what happens when you pop them in the head a few times: Close Head Injury. This equals free hits. The problem is getting Black Panther to sit still long enough to give him a concussion. Poison element of the Graviton Hammer helps a lot.

High attack power and direct relation to flame base weapons, this is the third set I use against Black Panther. Again the flame element comes into play for the Bull Battles as well as for general attacks on Black Panther. The Blazing Falchion fulfills the same duties as the Black Doom Flame but without the negative affinity.

I should probably mention, DO NOT GET GREEDY WITH ATTACKS!!! Get in with a few slashes with a sword and shield then get back. Black Panther kills the overly aggressive easily. Also be careful when choosing your Felyne Comrade. A mad bomber can either just as easily turn the tide as he can fuck things up for you in the long run.

On a related note, Chibi, my primary bomber, went to Al Queda Training Camps to learn suicide bombing from the best.

Original poster
No opinion, Ryker. Nargacuga isn't in Tri. And yes, Redd, the Switch Axe is quite badass. It's got 100+ more damage than the Great Sword of equivalent level, and that's without the sword burst. As for how we get together online, I'm still looking into it. But I am up for it.
A

Once you've fought him, Tigrex is nothing.

Original poster
I feel sorry for you if Chibi learned from Ahkmed. He wasn't very good at his job. He had a premature detonation.
And now he has poliosis.
A

Original poster
Ugh...Finally beat Barroth...I used the Knight Lance, with Rhenoplos Armor. Took me 40+ minutes. I had Cha-Cha with his Acorn Mask, with his Ability set to Paralysis. In hind sight, seeing as it did nothing, I shoulda set it to water. Also, I never had to use my own items. Just the supply ones. And the results: a measly few Barroth items, plus the three I carved, and a terrible headache. I'm going to bed...
A

It's tedious, yeah, but it helps.

Although there was this one time I got my ass handed to me by the Megaton Monster, Gravios, then decided to take on something 'softer,' ie, the Black Panther.