Original poster
"The best assassin, is one who does not know they are an assassin. . ."​

The dreaded Draft is long dead in the eyes of the public.

Now we depend on the courage of the current generation to wield the latest weapons into war. However few the numbers of casualties, they are never small enough for the families who have lost loved ones. Anti-War protests have grown substantially all over the world. Peace is being sought after more aggressively than ever and several treaties that have taken years are just now coming under legislation. When the volunteers do not step up, PMCs [Private Military Contractors] take these roles as modern-day mercenaries. Standing armies are becoming more of a factor on the battlefield as the official budgets are continually cut by politicians. Meanwhile larger countries like the United States that can afford unmanned drones continue their wars of self-interest across the globe unhindered. The Military-Industrial Complex is slowly but surely declining in it's influence over governments across the world as the road to peace nears it's happy ending. Not everyone is ready for it, and some are unwilling to let it happen. Black budget projects that should never be greenlighted are rapidly finding support by 'other means' the world over.


A new breed of nanomachine technology awaits in the dark on the sidelines of war.


It has been developed in total secrecy.


Upon entering into the human bloodstream, it reaches the central nervous system within seconds. After exposure, control over the person's entire body is seized by whoever has the command codes whether it be a government or a lone individual. The results are immediate and undeniable: blind obediance to one goal that can be called upon and dismissed at any time. In the wrong hands an entire army of innocent civilians could be raised up to turn the tide of an entire war without their conscent. If it's existence was exposed to the public it would be recorded as the largest crime against human and civil rights in the history of the planet. Due to it's nature the technology has been codenamed. . . 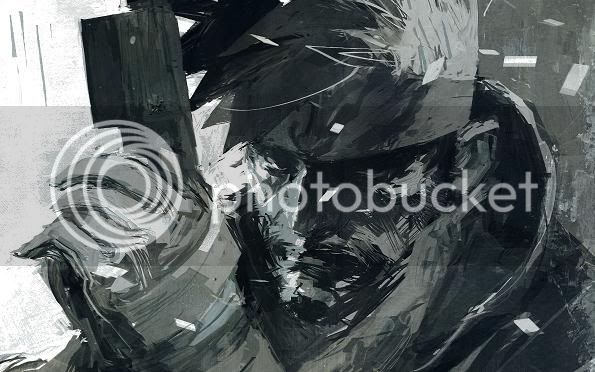 THE DRAFT. IS BACK.​


That is all I will reveal at this point just to gauge the amount of interest.

Side Note This is my first shot at creating a roleplay on here, let alone running it. BUT DON'T BE SCARED AWAY! This story has been brewing in my mind for around six months now. It will be a Metal Gear Solid inspired Roleplay where I will not be any of the playable characters. Instead I will leave that up to the people who join to create the main characters. This way everything can be a real suprise. However I will be any required NPCs & help move the plot along as needed. The way things are handled may change as this gets closer to becoming an IC. For instance if people want or the cast gets large enough, this could easily end up divided into factions or it can have the intimacy of individuals with extreme motives. Anyone who wants to co-GM this with me would be welcomed and while I have a pretty solid idea I am open to input from anyone.
R

Original poster
If just 1 or 2 more people were interested I'd have an OOC up by friday.


One with SHOOTY GUNS!
A