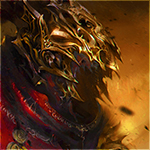 So due to some recent events that have taken place on other sites, i have grown an interest in the MLP fandom and was wanting to do an RP loosely based in its universe. I have a few ideas for plots and such but will keep them to myself until someone expresses interest in the theme itself ^^. So far i was wanting to do OC x Canon characters for this rp, i will list the ones i want most on the top and the least on the bottom.

So if anyone is interested, reply here or shoot me a PM ^^

I'm assuming you want to play the oc? If so, I should be able to manage playing Fluttershy. I'd like to play Luna, but I doubt I could do her justice.

Luna & Fluttershy hold similarities, and flutter is kind of a 'last resort' character since her characters nature would most likely call for a very long and drawn out thread consisting of several pages of plot lol. So you can give Luna a shot ^^