Original poster
The London Underground train service was the same as it ever was – packed, noisy, uncomfortable, but the most convenient method of travel the boy had, as opposed to being driven. Service announcements of delays, departures and whatnot mingled with the incomprehensible chatter of the general public who gathered there, but it was unlikely anyone would pay much mind to them anyway. The world on the other side of the carriage windows flashed by as a steady rattle sounded, the day itself being typical of England - cold, raining, and overcast. At his age, he was allowed to make short train journeys by himself, and this was the first – and quite possibly last – he’d be on. The reason being, that in some twisted turn of events, and pot luck, he had been randomly selected as a participant of a game in “The Gap.” He knew not of the area’s existence, nor of the game. But nobody outside of it knew – none had lived to breathe a word of it to another soul. Eventually, the train came to a halt, and the crowd spilled out onto King’s Cross Station, the new participant included. And, as he stepped forward, he also fell downwards. Through the floor. Into what seemed like a vast, white, lifeless expanse of nothing. And just as he felt his skeleton was to be torn asunder from his flesh, he blacked out. Though only for a few seconds at the most, there was no mistaking it happened, nor denying the fact that an office was now his location. It was a noticebly grand affair, worthy of company CEO. A tigerskin rug lay on the polished oak floor, the walls themselves made of ebony, and hung oil paintings of various subjects. A man who seemed to be of forty sat behind his desk, one mde of a material similar to that of the floor. Balding and slightly shorter than one would expect, his blank grey eyes and plain grey suit seemed to only emphasise an pparent lack of stature. However, this could not have been further from the truth.
“Have a seat, the others are yet to arrive.”

The RP starts off with the character stepping off a train service of your choice, and onto the platform. A normal train journey, no expectations for anything out of the ordinary to happen whatsoever. But, as luck would have it, you fall through the platform you wanted to step onto. Not onto - into. Moments later, you find yourself thrown into a meeting with the head of some high school, who explains you are now in "The Gap," a space between dimensions. This particular part of the Gap is host to a twisted game, in which participants take a year of the school according their abilities, and must pass the end-of-year exams with at least an A. Otherwise, you spend a few thousand years being put through excruciating physical and mental torture, then you try again. Rinse and repeat as necessary. You can't die in the gap, but all other laws apply to humans - although death results in a week in what seems like a coma. And you can't afford to miss any classes here, unless you take option B, one seldom spoken of within earshot of a staff member. Option B is to escape from the school, brave the dangers outside, such as various monsters and traps which will maim you horrendously, and open the transportal. It's what was used to reel you in, and there's a chance it can be used to get you out again. Either way, it's a gamble.

A map can be found here: http://i.imgur.com/46aPr.png
Please note that dormitories can be found in a different building.

Lessons taken will be up to you, but keep in mind three random subjects will be chosen for your exams. Of course, you can try and escape, but it's not as simple as just climbing over the fence. But, the person overseeing the game likes it when people try to abscond, but ultimately fail - he/she/it considers this a spice to be added to the game to make it even more exciting.

Character Name: Nothing silly, please.
Gender: Both is not an option.
Age: A suitable age for high school.
Year/Grade:

General Appearance: Don't worry about uniform. The closest you'll come to wearing it is attire suitable for doing sports.
Strengths: Despite it being a school environment, but remember what's outside.
Weaknesses: See above.

Current Goal/Purpose: re you focussed more on escaping through the transportal, or the ordinary way?
Talents: Will obviously apply to lessons, exams, and strategising.
Inabilities: Ditto.
Fears: Should speak for itself.
General Personality: The outside you.
Inner Personality: You, but on the inside.
Secret: May or may not come into play.

General History: Life before the fall into the gap.
V 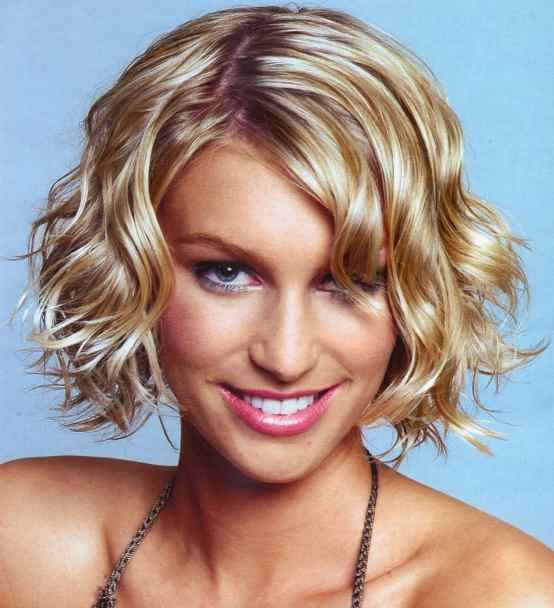 Current Goal/Purpose: escaping through the portal because there is now way she will be able to get good grades and she dosn't want to waste her time.
Talents: She is highly athletic, All summer long she surfs and runs with her dogs. She plays many sports such as soft ball, basket ball, and chearing, this year she has been trying to get onto the football team. She is alright at math since she is able to relate it to sports half the time. After much studying she has learned how to do first aid and some simple health care.
Inabilities: She is horrific at most school related subjects. She usually fights with electronics and can't follow directons well. She is forgetful and incompetent when it comes to goals
Fears: She is affraid of death, being alone, quiet,
General Personality: She is typically considered a happy person, bold and adventurous, she never takes anything seriously in life, She is kind and sociable, sometimes a pest with her constant questions, she is brave and can be the older sister or motherly type of person. She is careless and is often trying to cover up misunderstandings. She is playful and outgoing even sarcastic at times. puts others before herself.
Inner Personality: She has little exspireance with comunicating with other people, she never knows what to say usually and even says things she wishes she didn't, She is childish and likes to be taken care of.
Secret:

General History: Adealia was born into a regular family both a younger and older brother and two easy going fathers. This probally explains her love of sports and her poor academic work. Her birth father Eric was married to a woman for many years but due to her poor health died while giving birth to her second child Adealia. Mathew or Matty was her first child he was three years older than Adealia, they looked like they could be twins with a outer personality to match. Matty had no problem talking to people and never had a regret about what he dose or says. Angeline admired his cool headedness. A year after her mother died her father Eric started going on a date with a co worker who had a son a year younger than Adealia beacuse of a one night stand where the woman wanted to put her child in foster care but Danny the father wouldn't take it. Eric and Danny moved in together when Adealia was 7 and had a civil union when she was 12 though they call it marriage. Her fathers were big sports fans and would take them to all the red sox home games since they lived only 20 minutes from the field. Her fathers loved collage football. In the back yard her and her brthers would play and pretend to be their favorite players. Her older brother Matty was straight but her younger brother Sam was homosexual like her fathers.

Angeline dated a few guys but they were easily scared away by her strong personality of her homosexual fathers. She never gets into a serious relationship with guys because of this. Many of the girls she hung out with though enjoyed comming to her house, some to look at her older brother Matty and some enjoyed talking with her younger brother Sam who was more delicate and girly than even her. Many of the mothers would take there daughters ther their house for movie fridays where they watched a horror movie or an action movie.
S

Original poster
where are all the people from the interest thread?

&profile will be up momentarily :D


Current Goal/Purpose: get good grades, live it up, and escape if getting good grades doesn't work out. She doesn't really care. As long as she doesn't have to go back right away.
Talents: Athletic, but only in agility and speed, not strength. Clever at strategical charisma.
Inabilities: Unable to trust people easily, can't hold back when she's angry and will say things she regrets. Cannot stand the sight of blood or emotional scenes.
Fears: the dark, insects, blood, someone else's anger.
The General Personality: Clever and witty, Trixie doesn't talk all that much, but when she does talk, she means a lot. She's a keen observer, a center-of-attention type of person. Brutally honest, cruelly un-trusting, and definitely paranoid and finicky when it comes to other people's emotions. She puts on a strong, independent girl front.
Inner Personality: On the inside, she is an insecure, fearful girl who is just trying to do her best without getting attached to anyone. She doesn't really mean half of the rude things she says, but in a way, she's trying to build up a barrier around herself.
Secret: Trixie was abandoned at birth and then adopted by a family at the age of five, but they too, abandoned her at age 9. Her next family was with her until she was 13 upon which they explained that she could not truly be a part of their family and should just concentrate on her work instead. Trixie has yet to find her true parents and hide the fact that she was abandoned all her life.


General History: For most of her life, TingXia spent her days wondering when she would be in the orphanage again, waiting for those kind faces to come past her bunk and ask for her name and age, but as time passed and it never happened, she realized it would not. She accepted the abandonment of her first family without much understanding, but the second was a huge blow. She became quieter, less talkative, less trusting. She didn't trust her third family to begin with, not because she didn't want to, but because she was afraid to get hurt. Since the day she returned to orphanage when she was nine, TingXia has been working for a talent scout agency as a child actress and fashion model. She's planning on becoming a clothes designer herself in the future. But for now, after her final family has asked that she just rent an apartment and live on her own instead of in their house, TingXia is devastated. Trying to completely devote herself to work, she stops going to school, takes lessons with the agency's tutor, and overloads her schedule with commercials and fashion shows. On the way to one of these shows, their limo breaks down and in the rush, they're forced to take the train.