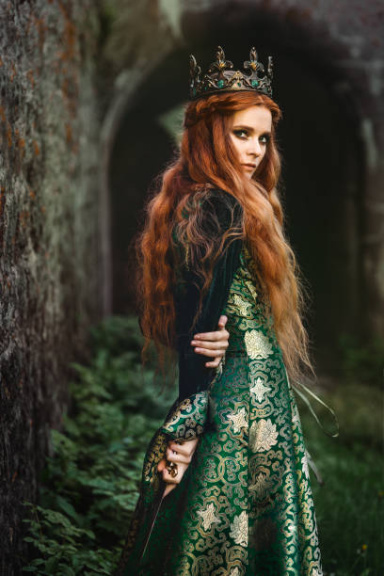 Jexel's dismissal of his past made Malia cock a brow. Why was he circumventing the subject? They didn't know each other well enough to trust each other in that way. At least that was what she assumed. She didn't press on it, hoping that Jexel would want to tell her more about his past when the time was right. Being cooped up in her bedroom wasn't the best option. "The article just dictates what everyone in the human community actually feels. It doesn't surprise me. I've been reading about this for years now. It's meant to drive fear into the human heart and breed hatred towards what we don't understand." She shrugged her shoulders, unable to provide another answer. "I don't believe that though. I never have. I guess I must be the only human in the entire community that feels that way."

Just then, Malia's cell phone rang. She pulled the phone into her hands, showing it to Jexel. "It's a cell phone. Not sure if you've ever seen one before. It's meant to communicate with someone else." She answered the call and Regina's voice echoed on the other end. Malia stood, walking over to her window to speak to Regina. It was the gasp later that was sure to alarm Jexel. "Gina. Now is not a good time. Gina wait. Wait." The call ended. Malia grunted in frustration, squeezing the phone in her hand and began to pace around the room.

"Ok. Regina is coming over. We need to find a way to get you out of this house." With her father just at the bottom of the steps, it seemed almost impossible. "The trellis!" She said suddenly. She gestured for Jexel to follow her into her bathroom as she pushed open the window. "I have a trellis right beside this window. It's like a set of stairs I guess. It will bring us out of this room and into the yard below. Come on. Just keep your hoodie on and do your best to hide your paws. My dad should be in his office which doesn't have windows. We have to be quick though. It's still daylight out." 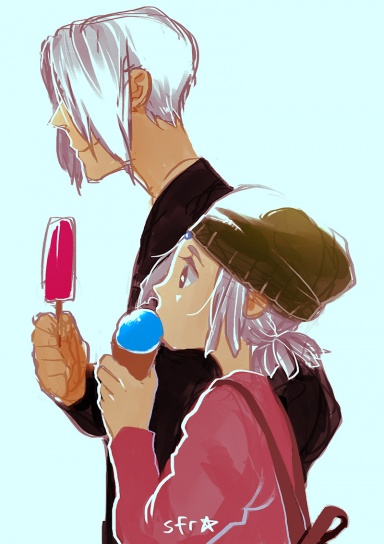 "Years, huh? ...'s only fitting, I guess." He stretched his jaw out of boredom, about to lay back down when Malia's cell phone rang. At the sound, Jexel's ears perked up, and he stared with wide eyes at the device. "...cell?" He repeated curiously, putting a paw to his chin in thought while she answered the call. Once more, the lynxling was about to calm down, but Malia's gasp brought him back to high alert. This time, he could feel the panic through his fur, and in the next second he was on his feet. "What's wrong!" He hissed, attempting to be quiet as he voiced his concern. At the human's answer, he gave a little gasp himself before pacing around. Before he could offer a suggestion, Malia leaped to action, gesturing for him to follow along as she lead him to the trellis. Half in a panic, Jexel simply nodded at his human friend before vaulting out the window. Nimble as he was, the brief moment of panic tripped him up. Jexel sputtered a quick curse as his paw caught on the end of the trellis, causing him to plummet to the yard below with a thud.

A sharp intake of breath followed Jexel's fall. He was still conscious, at least. Looking back up to Malia's window, he called out in a whisper. "I-I cut myself on something! My heel's bleeding." As if to fortify the truth, the half-breed sucked another breath through his teeth, drawing a semi-bloody paw away from the wound before putting it back with a grunt of pain.

Now Regina knew Malia better than anyone. They had been best friends since they were kids. Regina knew something was up with Malia, especially with that new guy from the other human community. Why hadn't Malia even texted her about him? What was going on? Regina's suspicions were even more prominent when she called Malia and she attempted to dismiss her. No, it was time to find out what was really going on with her best friend. She was not just going to sit idly by. And knowing Malia as well as she did, Regina did not call from her home. No. Regina called when she was almost at Malia's front door. She was not going to give Malia a chance to hide.

When she was about to ring the bell, Regina heard a loud crash coming from the side of the house and some mumbling sounds. Curiously, she moved towards the side near the trellis. There she saw something she never thought she'd see. On the ground, bleeding was the guy she had seen before only this was no guy, this was...a half breed? There was a half breed in Malia's house! Regina couldn't help herself. She screamed.

Malia came rushing down the trellis and tackled Regina to the ground, covering her mouth at the exact moment she heard her father open the backyard door. "Malia!" he called. "What's going on?"

"Nothing daddy!" she yelled back. "Just Regina being overly dramatic again."
"Well...try to keep it down girls. I need to work." He shut the door without stepping out to look and Malia breathed in a sigh of relief.

But Regina was panicking beneath her. If Malia removed her hand now, she would surely scream again. Regina's eyes kept flicking from Malia back to Jexel then back to Malia.
"Gina. I need to explain but you have to promise not to scream."

Regina wasn't entirely sure she could do that but she reluctantly nodded her head and Malia removed her hand. Malia moved off of Regina and towards Jexel.
"You're such a klutz," she said to him as she moved to grab a rag hanging by the side of the trellis her father used sometimes after gardening and gave it to Jexel to help stop the bleeding.

Before he could get a response from Malia, Jexel heard the scream. It echoed violently in his ears, even from under the hood, disorienting him and causing panic to flood his senses. Without an effective method of movement, the lynxling could only recoil from the sound, his pupils dilating wildly as he sought the source. However, his vision was blurred from his violent reaction to the scream. Instead, he heard a thump on the ground near him, which seemed to effectively silence the scream. Then came Malia's father's voice, followed by his daughter's. After the brief exchange, Jexel allowed himself a few breaths to calm down. Now that everything was quiet again, the scene slowly painted itself before him, and what he saw was nothing short of the worst possible outcome. Regina saw him. She knew.

"K-Klutz? Says the girl who falls outta trees!" He hissed again. He was being defensive, and he knew it. "Besides, you made it sound like it was a life or death situation...it WAS a life or death situation! And it still is!" He frowned, keeping his voice low while still letting his exasperation with the situation temper his words. He would have continued, but he had a wound to patch up. Clenching his fangs in irritation and pain, he wrapped the rag around the cut before returning his attention to the problem at hand.

"...So, now what?" He asked Malia, but Jexel couldn't help but keep eye-contact with Regina as he spoke. His instincts told him not to let her get away, and he wasn't about to ignore that.
Show hidden low quality content