Original poster
This year was the second year in my whole life I've gone to one of these crazy conventions. Part of the reason I went is because it WAS actually fun last year. Another beingthat my cousin really wanted to go so it was like an early b-day present. But mostly cause VOICE ACTORS are there and I wanna BE ONE someday DAMNIT.

Most of these were taken with a cellphone cam or a slightly wonky digital cam depending on who was holding it at the time. So don't whine at me about quality. ;_; Even though SOME PEOPLE might anyway. 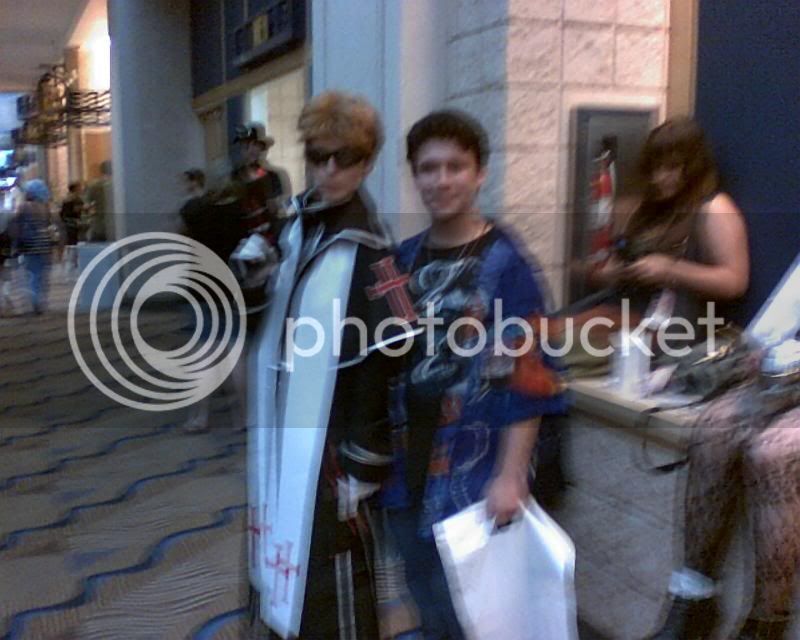 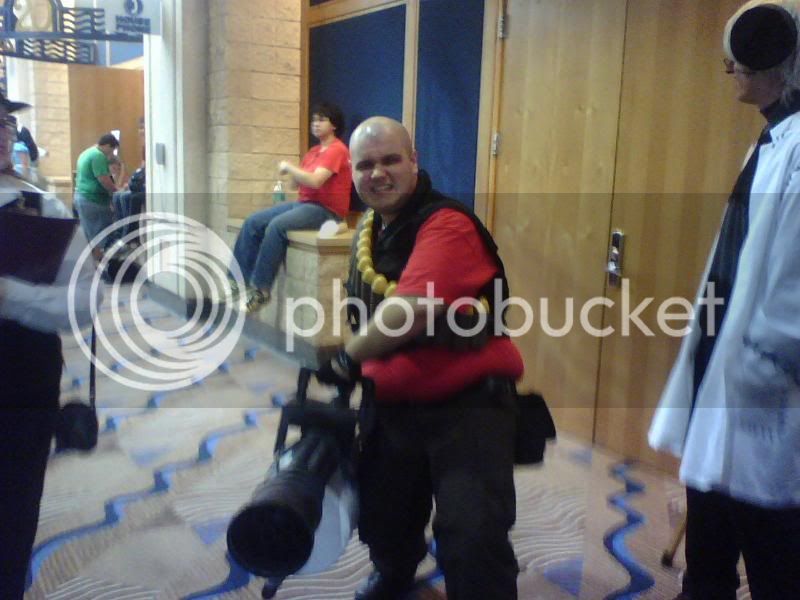 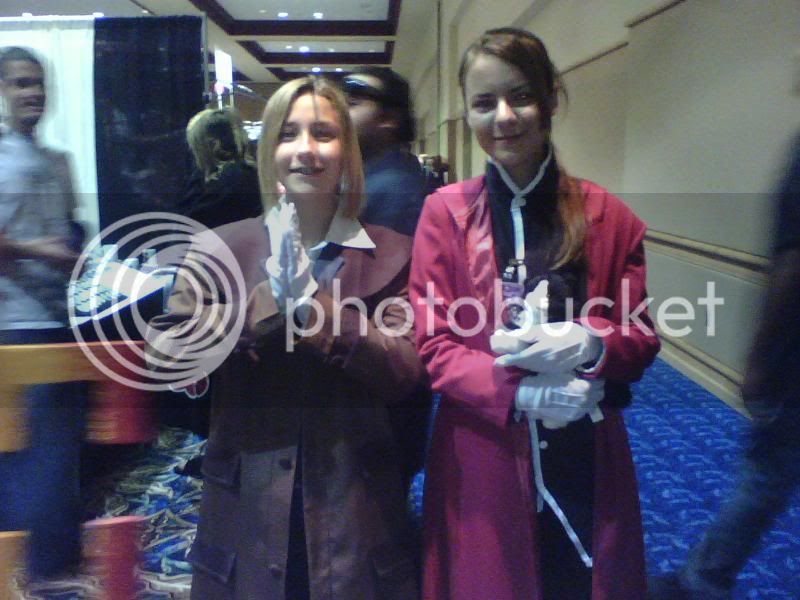 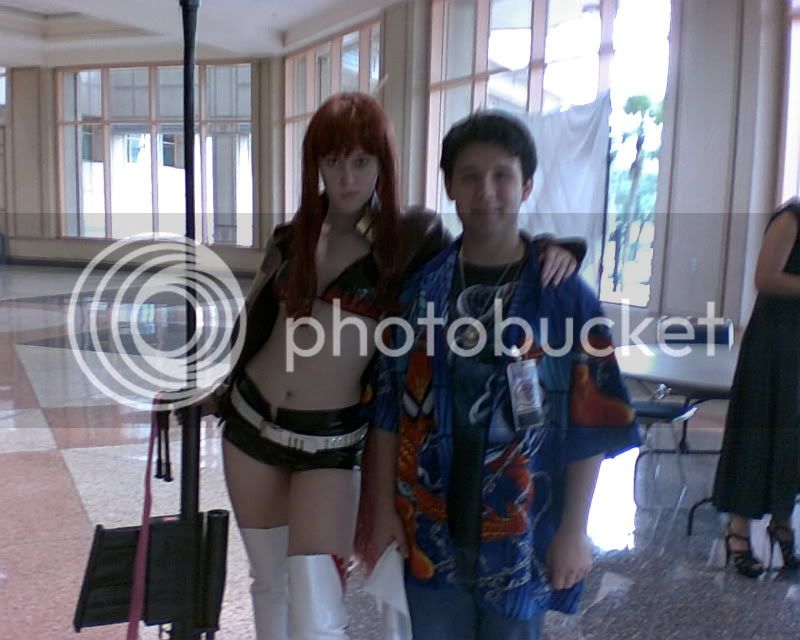 One hell of a Butler: 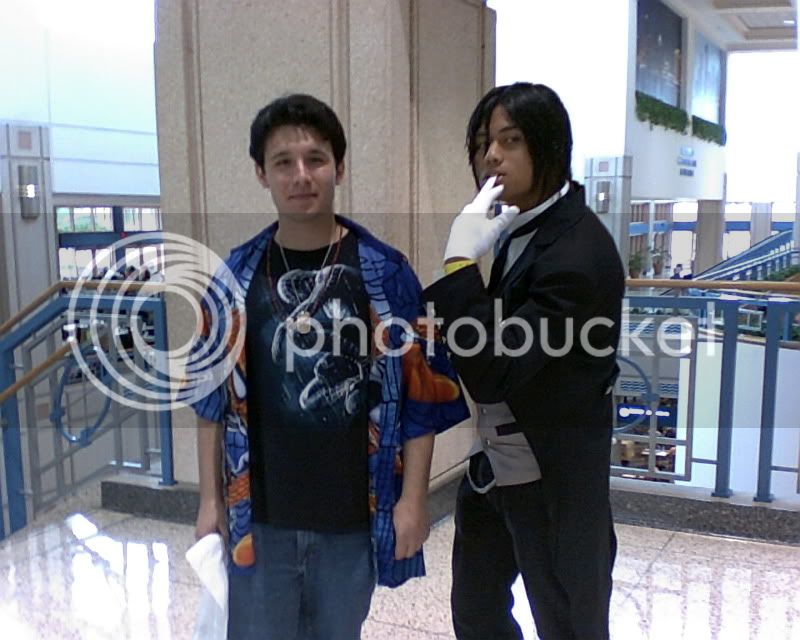 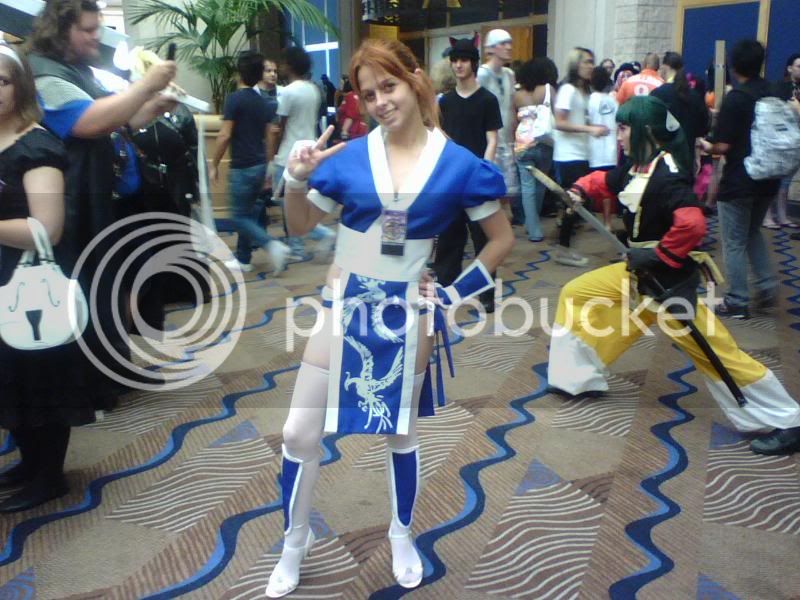 Mitsurugi from SC4 AND the living chess match: 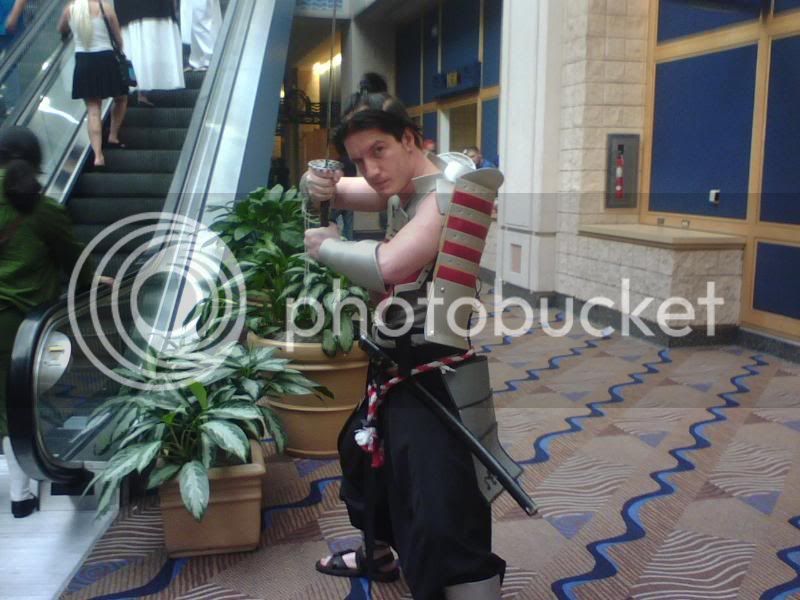 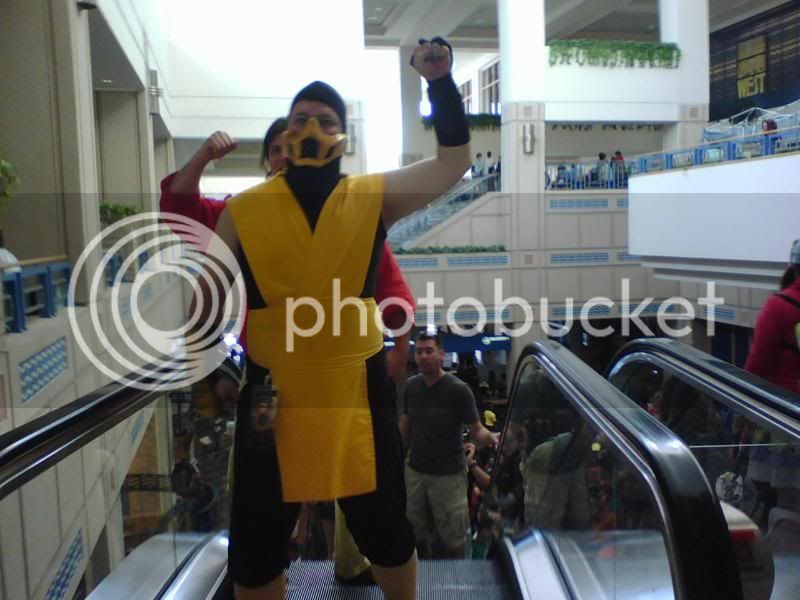 Some. . . old Jedi dude but with a REMOTE CONTROLLED R2D2: 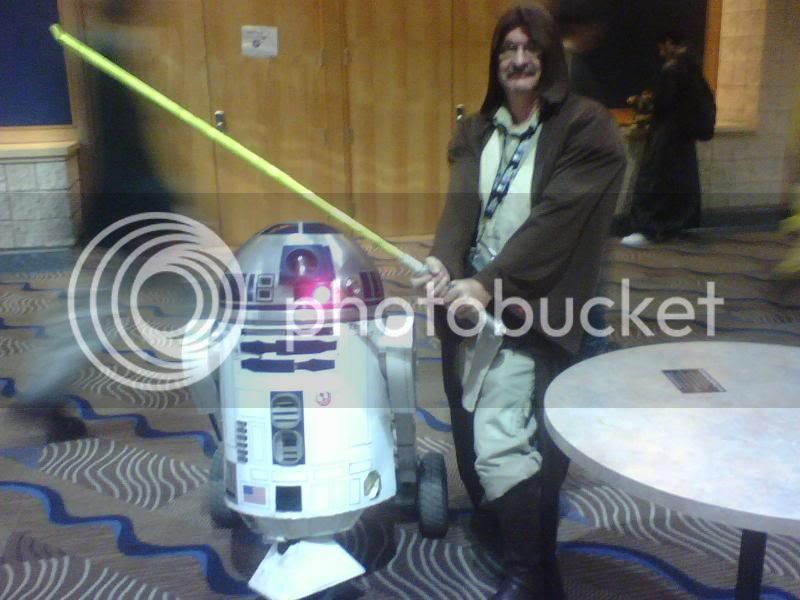 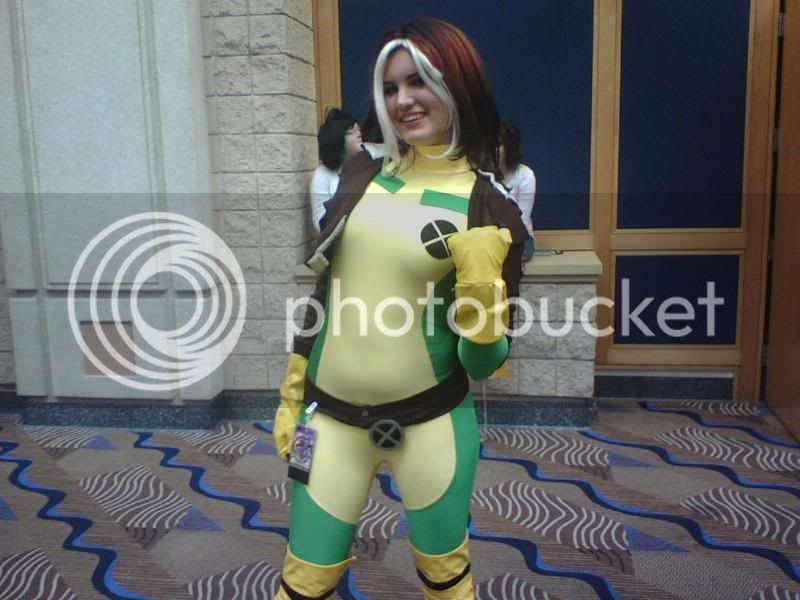 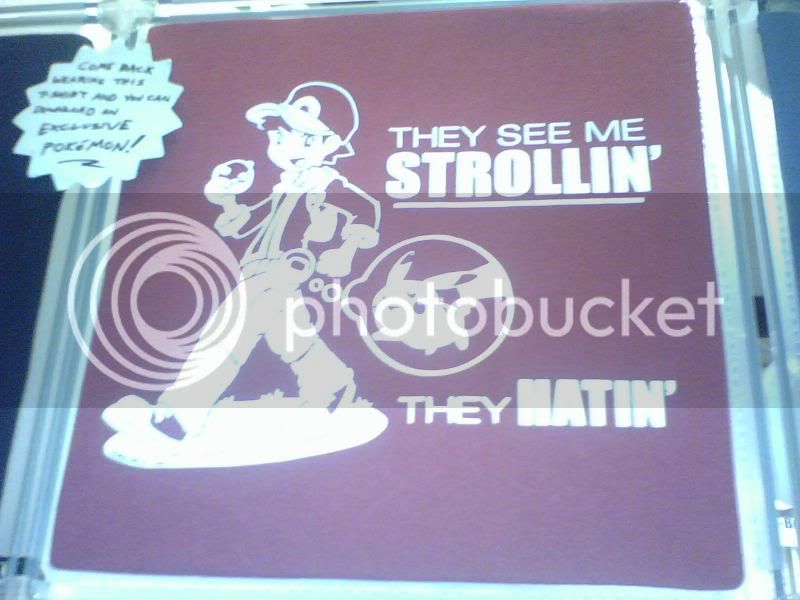 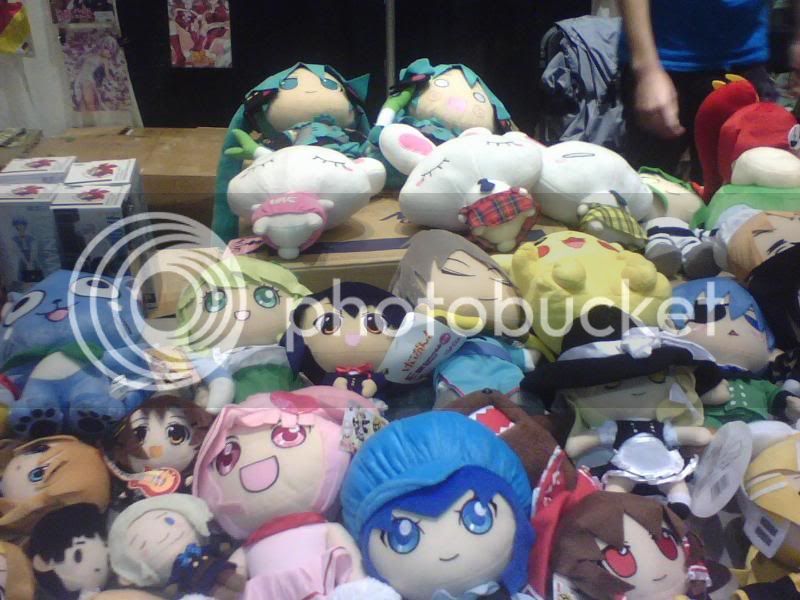 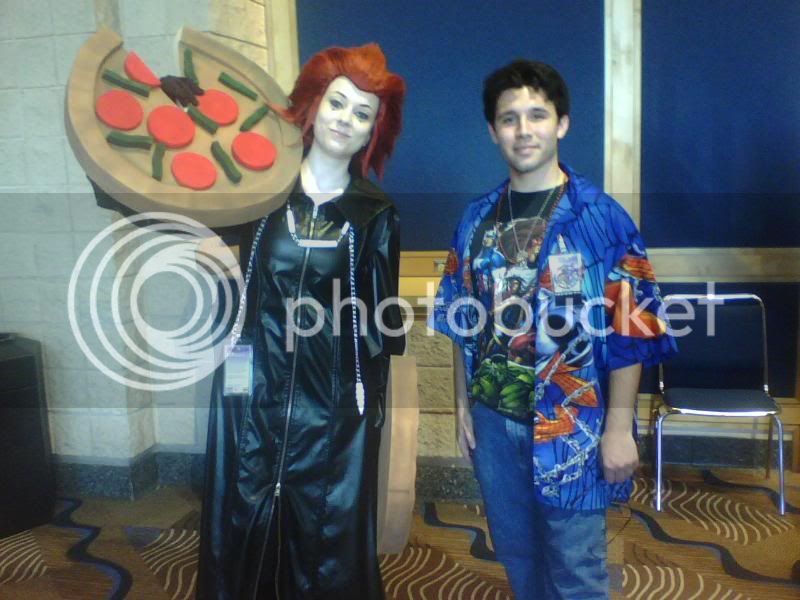 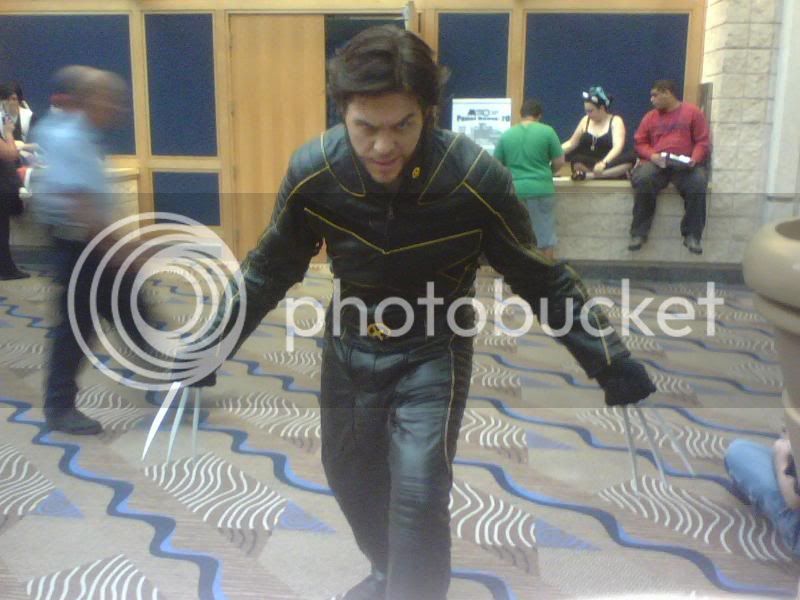 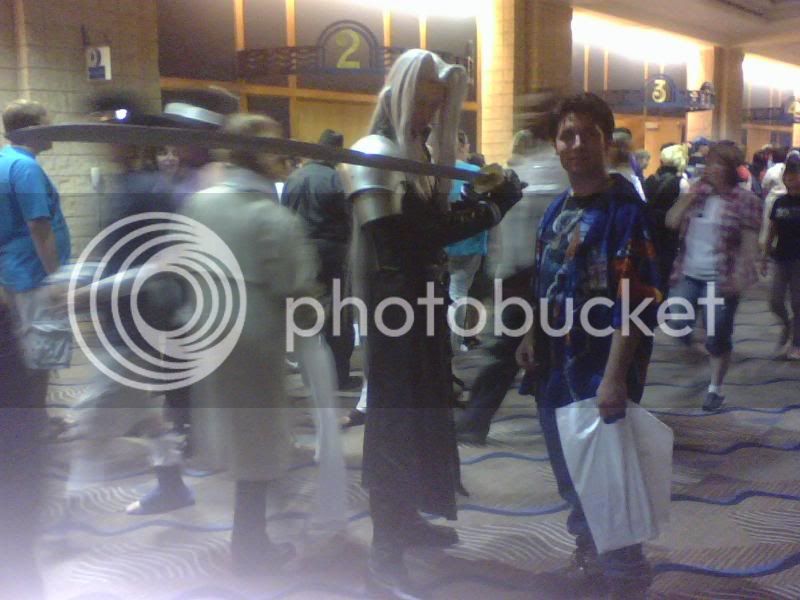 The DOCTOR and Rose: 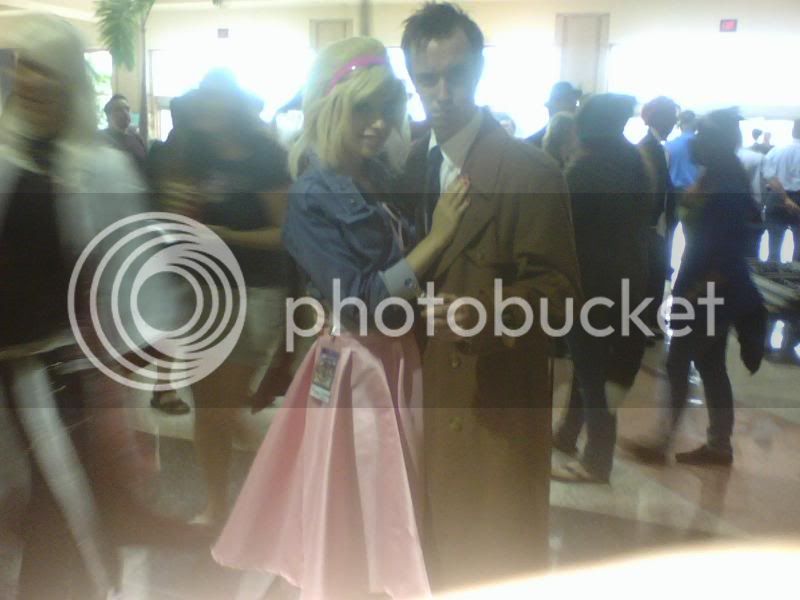 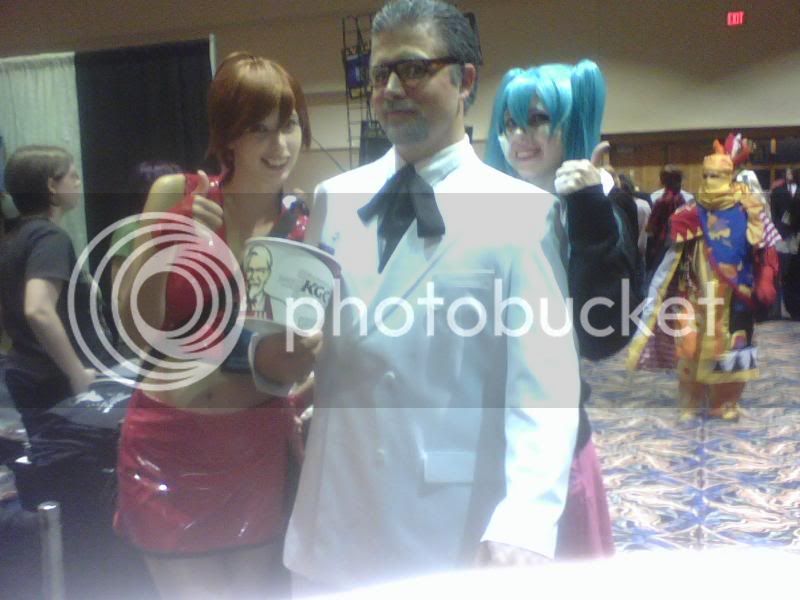 Starry eyed Orion next to Lightning from FF13: 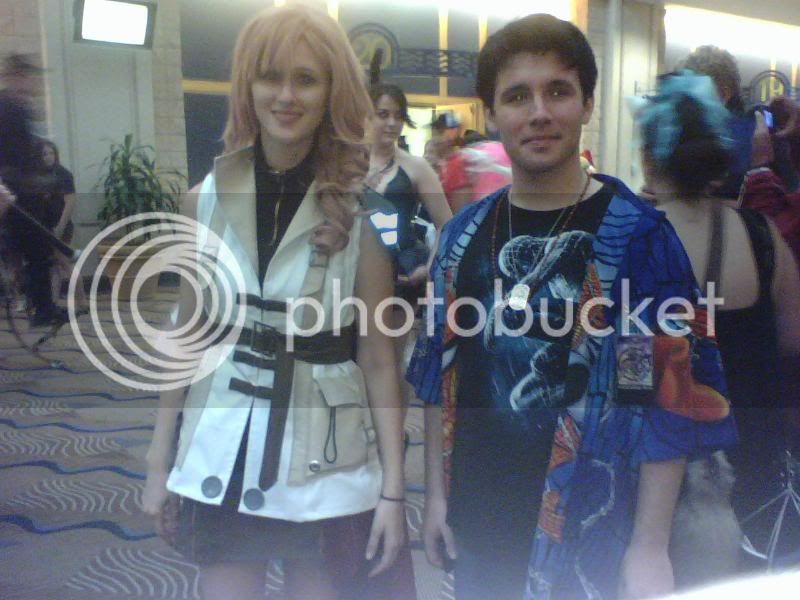 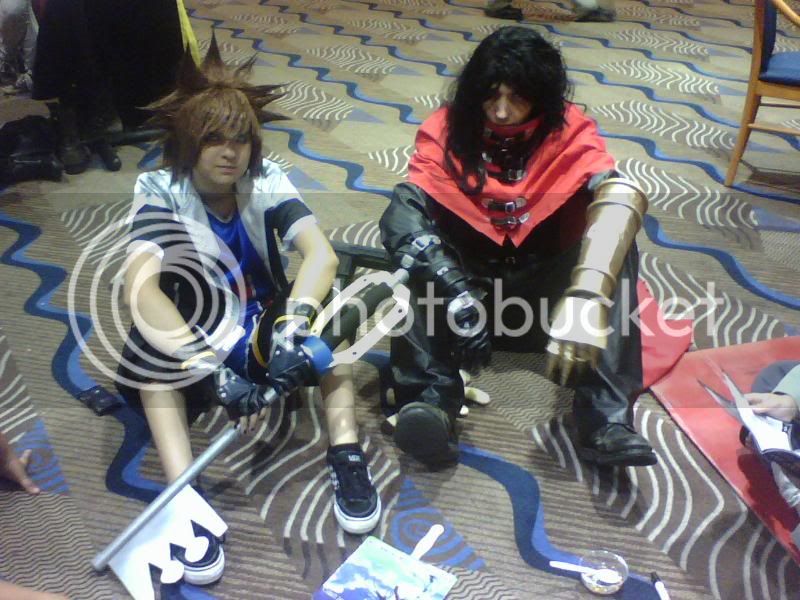 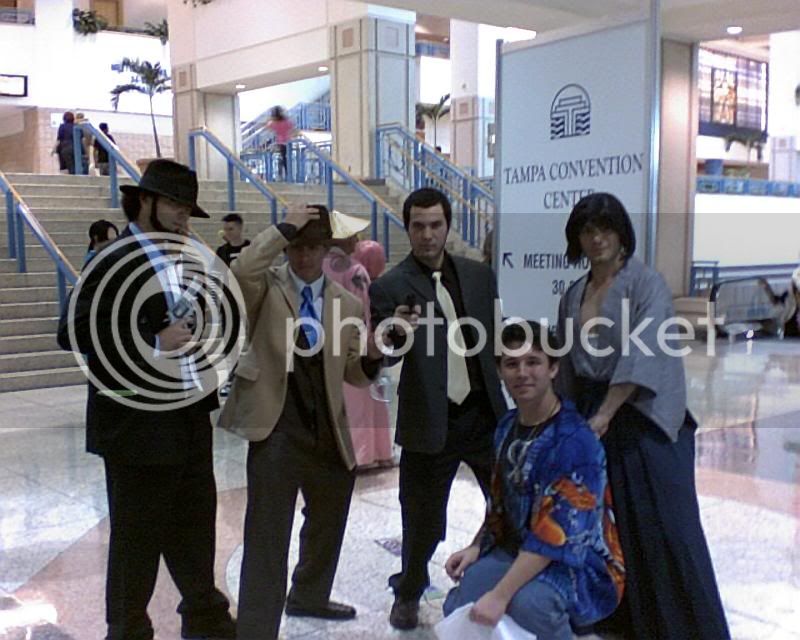 Especially for Aquacarina, a SHINEY AS HELL MIKU HATSUNE + O_O : 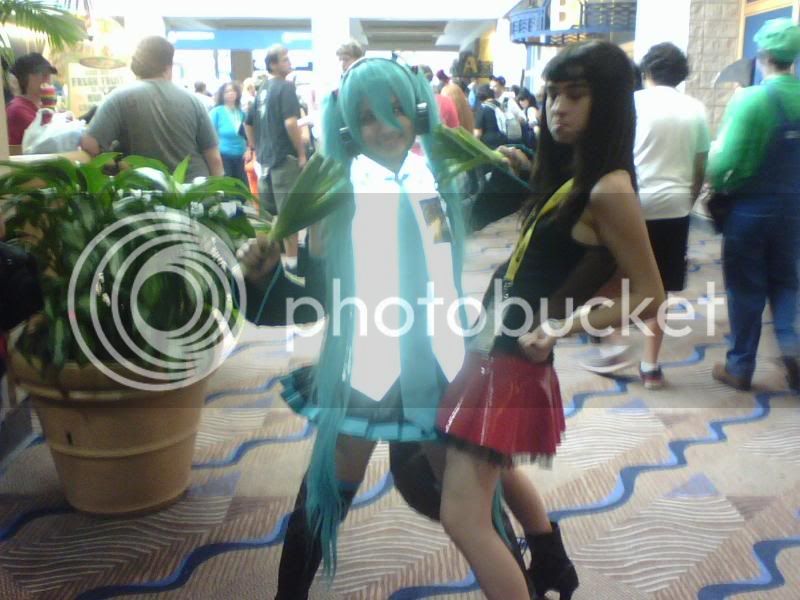 The Sephiroth clones and I got to hold the JENOVA box: 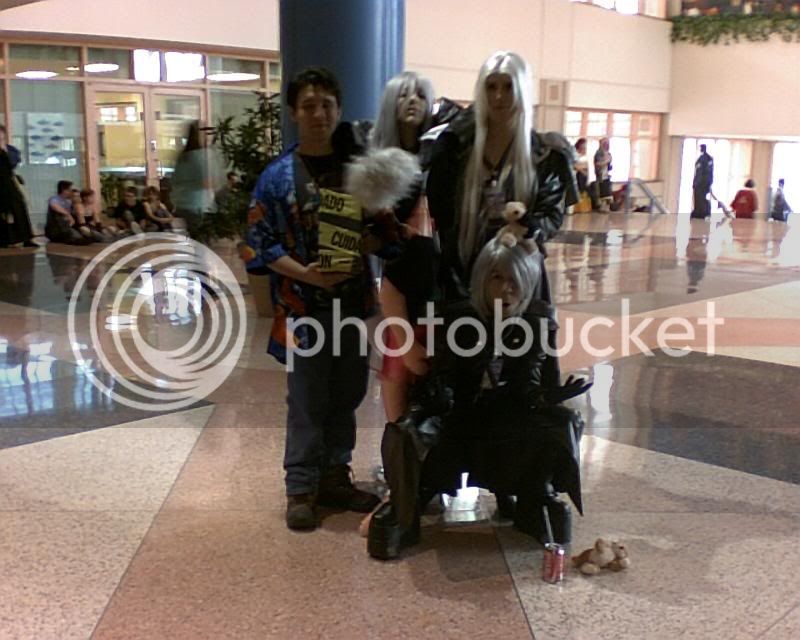 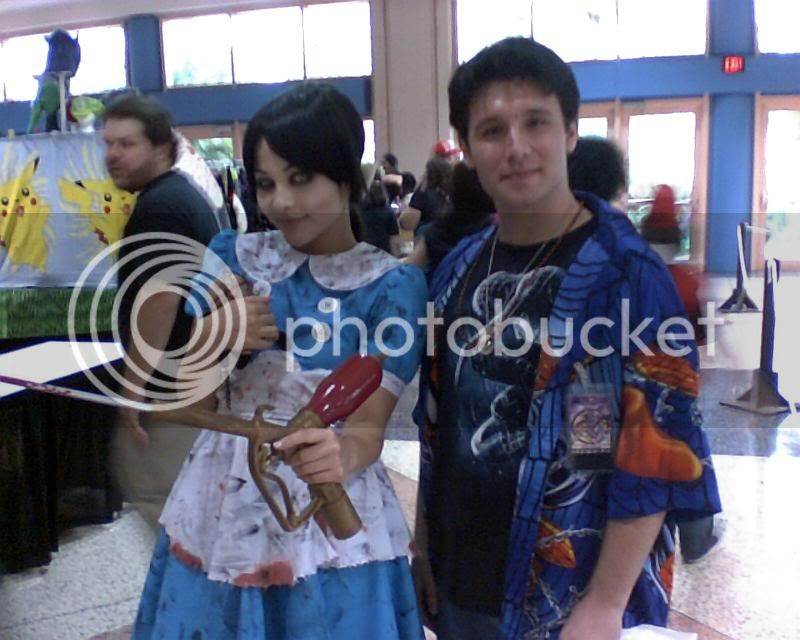 MORE PICTURES EXIST. . . that will be up later. Maybe. DUNNO.

WAIT! I'VE SEEN THAT R2D2! AND THE GUY! THAT'S THE R2D2 THAT I SNUGGLED AND HUGGED REPEATEDLY! THE GUY KEPT MAKING IT FOLLOW ME!

ORION! WE NEED TO USE THAT THING SO WE CAN TALK TO EACH OTHER!
C

Original poster
Me and the Wolverine + 1 hat 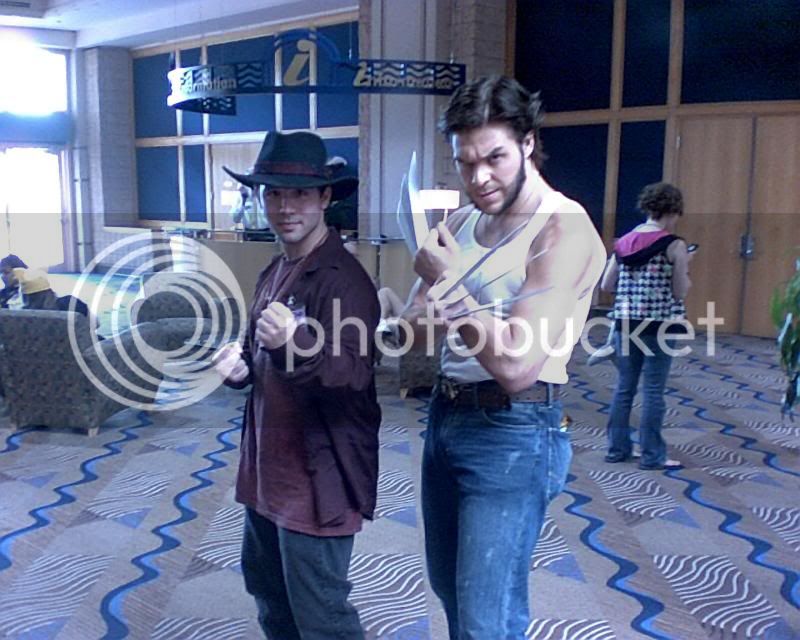 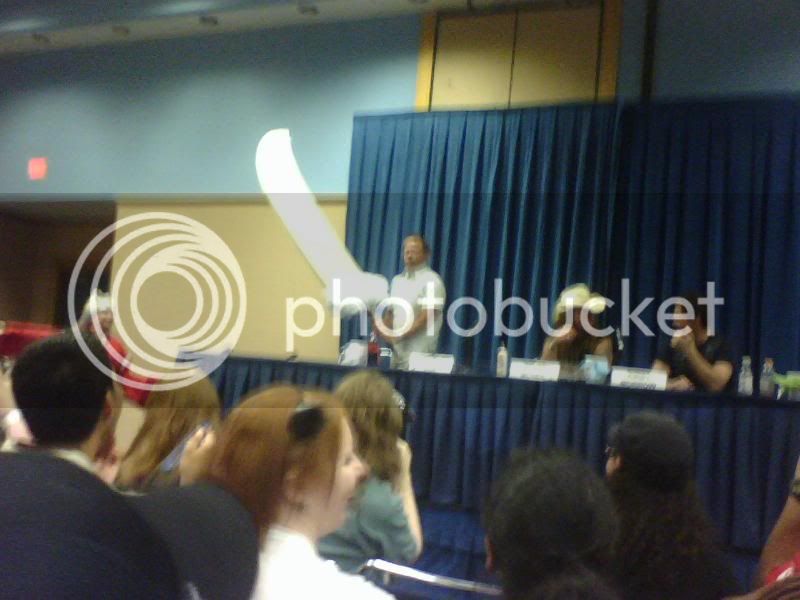 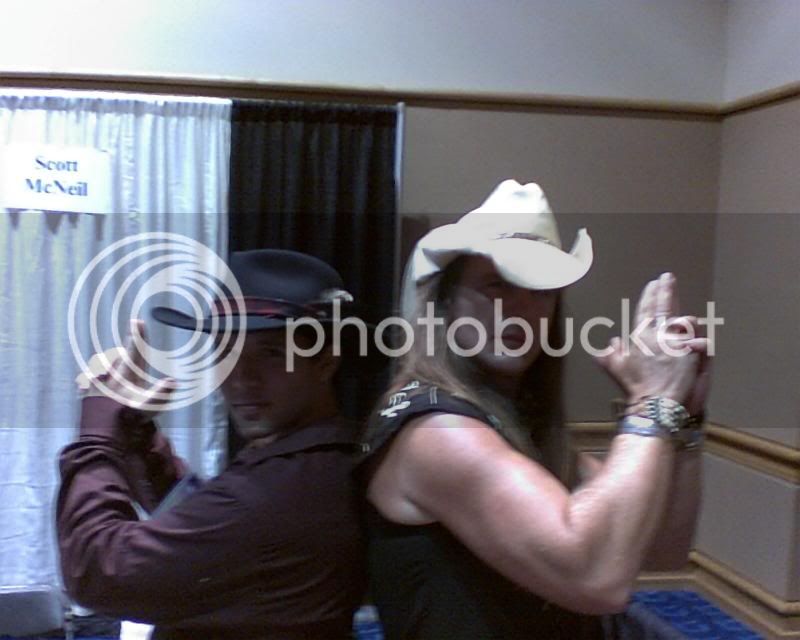 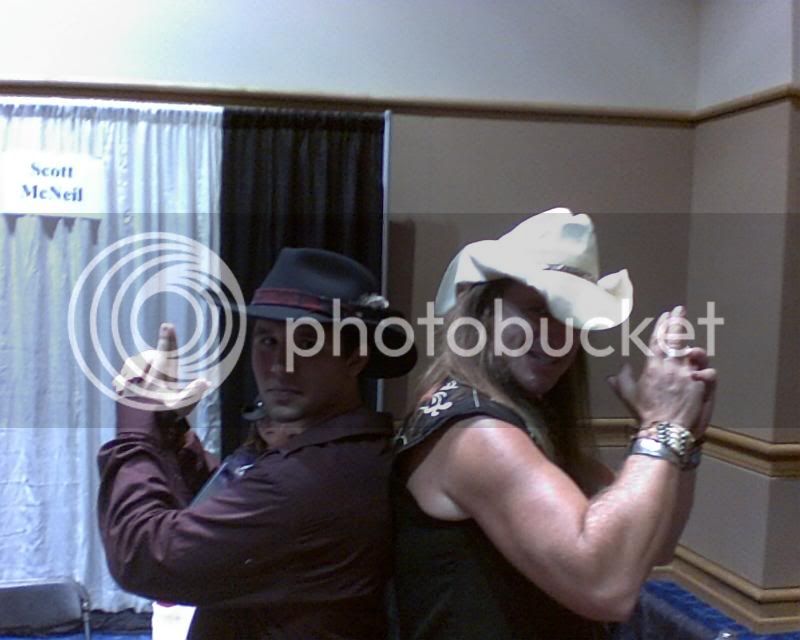 
all jokes aside, awesome, man!
C

Original poster
Thanks. ^^
A


I want to hang from them and swing around like they are playground equipment while he yells "MOOOOON!"


D:< I ALSO WANT TO SEX UP THAT FEMALE TRES SO BAD!


D:< DAMNIT I WANT TO BE THAT LITTLE SISTER'S BIG DADDY SO BAD TOO!

Original poster
Oh! That reminds me.

I DID get Scot McNeil to yell "MOOOON!" at his Friday panel:

If you don't feel like watching the whole thing even though it's pretty funny. . . it starts around 5 minutes and 10 seconds.