Original poster
well yeah pre-warp civilizations are the easiest to manipulate. I suggest feral worlds to get our warrior numbers up, and maybe pick out a few chosen to be chaos marines.
K

4. Kasteen elevated to Wych? Maybe I should save that for later...

Original poster
So Metal Legion has dried a bit. So, to spice it up, I might hold a tournament. In order to determine the victor, I could haul myself off my lazy chair and learn dice rules and apply them accordingly.

Also, Vay, insubordination hasn't ever happened in Chaos forces before.

At least, when not in tandem with executing your commander. So we can have a duel "honorably", or I can blow out both kneecaps and cajole you into service. 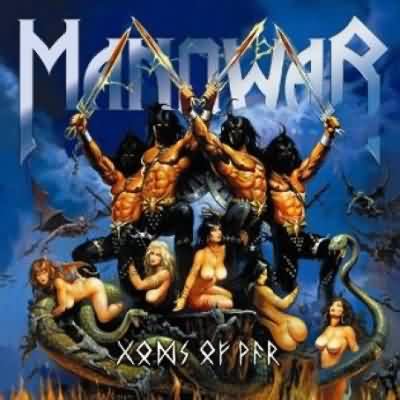 tits. :D But yours is smaller and more image-y.

Original poster
You must like Kalas or something to mention Powerfists...

Sorry I was at Con almost immediately after getting home on leave and was either working, gaming, or partying. I'll get to posting.

As for insubordination it happens all the time. However it usually consists of leaving and forming your own warband...
K

Original poster
I know. I was saying you don't really say no and not a very large gun in the guy's face. But I got it handled. More bees with honey.
V

Krom, Razarius will be assisting serbion in the ritual, though Cleaveland and Quadricth will require a few sacrifices.
V

Original poster
I'm on board with the feral world idea
W

Original poster
....abbadons ship can crack planets you guys realize. he jsut cant get it into range of Cadia, of he wants Cadia intact.
K

D:< Gehemehnet is the way real men do it. Which is how we are going to do it. Except, we aren't a Legion yet and don't have the manpower. And our Gehemehnet will be a giant amp, and our Daemonschage will be a guitar.

Okay, GMK. You can do black metal. Serbion is summarily executing everyone she knows(Or cultists molded by the warp at Serbions behest), to force her to accept her new position. They will be dead, in her mind, even if she sees them alive. Well, the captain stole my live grenade with his face, so that's not likely, but the rest of her friends and family. After that it will be some arcane shit to GMK's music and boom, everyone dies except the Marines, and her soul will be transferred to a new construct of blood, thus becoming a Succubus. She'll be like, a spider woman thing, and eat cultists after mating, then lay a bunch of wyches.(As in, eggs, not like, lesbian sex. >.> Metal Legion has enough rape for a while.) Any chance we could get Corvus? >.>

OUR LEGION IS SO AWESOME, THE WHORES ARE ALWAYS PUNCHY! And stabby and killy and shooty. She wont be like a Dark Eldar wych, but more of a daemonhost.

Original poster
I know WMD, if they wanted to take on abbadon in ship to ship they'd have to send the phalanx and the eternal crusader after it. at least.
W

now THOSE dudes have a pair of brass balls@
K

Can't make another plot-advance post without a destination! D:
K

Original poster
Well pick a feral world. we already nuked a hive so the chaos worshiping gangers there are out.

And yeah krom, there are many many forgotten and feral worlds in the gothic sector. We also have a whole lot of pissed navy ships incoming.
K

A) Too blatant
B) I can't stand James Hetfield's voice.
C) Megadeth is better! >:D
W

Ornithorhynchus Anatinus said:
I'd do something like Mettallicus but it's

A) Too blatant
B) I can't stand James Hetfield's voice.
C) Megadeth is better! >:D
Click to expand...