Okay! So welcome to the OOC! Please be patient with me, we're still building our foundations here! But thus far, here are our players!
ME!! Camleen, your humble raccoony host! I'll be playing Captain Marvel... a slightly differing one from the MCU but you'll see what I mean!
And joining us is the good and brilliant

Ms.Ezra , who is playing 2 characters!
Also joining us is...

Gands playing a version of Warpath!

AshenAngel who is playing Gloom


So that leaves us open to.... 3 more players. I intend for the RP to open up at a rally against the accords... and then the pro accords gangs show up and business picks up. But I'll go into more detail later. For now... lemme hear thoughts and questions and all, please!

So, are we going to try to have our characters show up to the rally directly, or can they just be close to the rally?

I think that's up to you all. In the end, ideally, I'd like them all to be eventually recruited by the SLU. Consider them this RP's version of Shield... working under the radar to aid those they see as oppressed due to having meta abilities. Carol will be at the rally, since that rally is going to be a pretty big deal. It's kind of like both sides have been jawing about it for a couple months, both wanting to show that they're right. So it would attract a ton of attention to it, nationwide.

Also I'd like everyone's opinions... Carol wouldn't be widely known or recognized, right? The only times she was on Earth was when she came here in the 90's, and even that was kept hidden away. And then after Decimation, and for most the rest of the time she was in space. Save for the final battle against Thanos. I'm thinking logically here, right? Maybe like some governments might know of her, but the general public wouldn't.

Unless someone got a sweet video of her just straight up ramming through Thanos’ ship (looking at you Spider-Man) I doubt that anyone would be able to recognize her. 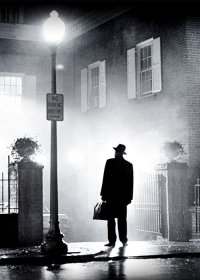 So we have our roster! And now we can get rolling! I'm going to start working on the first post tonight a lil, but don't expect it till tomorrow or the next day. Please be patient with me! And welcome to the story!

BUT
to show I'm actually working... here's what might be the important part of the first post for our RP. It may give you an idea as to what kind of thing we're all getting into. Now you can have your character start anywhere you wish.. but keep in mind this gathering has been in the news and everything for quite a while. It's the biggest news story today. I'll finish the post and make the IC thread tomorrow, I think. But this is just a sort of preview for ya'll!

“You’d think that with the knowledge of the threat of constant alien invasion or interdimensional magic warlord taking over… people wouldn’t want to fight amongst themselves as much. Isn’t that how it is in the movies? A common enemy of humanity brings humanity together? Wasn’t that the guy’s plan in Watchmen? Well that’s not how things turned out. Let me tell you about the planet’s last great war. I guess the beginning is a good place to start…”

The much anticipated day had finally come. There was half a dozen different groups wanting permits to protest here this day. Well some would protest, others would stand in defense of their ideals. The event that had brought them all together was the opening of a new ‘safe house’ for powered beings. Mutant or no, they could come here for shelter if they needed it. It was called ‘Arcadia House’, and it was the newest one in the country. The second, in fact.

Now why, you may ask, would someone be opposed to a safe spot for people? Because some would say that Arcadia House was nothing more than a place to hide criminals. The term ‘mutant’ was fairly new in the lexicon of culture, but it had been around for decades. But before the ‘Rebirth’ (as it has been called when the Avengers reversed the killing of half the universe), the word ‘mutant’ was used mainly in biology classrooms. And very very rarely to describe a person. But now… they are more prevalent. And this scared some people. Some of their friends were miraculously returned to life… only to have those friends be hideous monsters now, or have ungodly powers of some kind. People were frightened… the government was untrusting of this new branch of evolution… and so steps were taken to curb the ‘outbreak’.

Arcadia House was ran by a group called the Superhuman Liberties Union (SLU for short), a group that defended the God given rights of all beings with enhanced abilities or mutations. Publicly, they said they would turn in those that were deemed criminal, but that has been a rarity. There was more to the SLU than what it seemed on the surface. But the same could be said about the main group protesting the opening of Arcadia House… the World Protection League. Something of an extremist group… they believe all those with powers have to be kept in check. Especially after so many lives were lost to those with powers who acted irresponsibly. They arrived earlier in the week, and now come out this day to show their opposition to what they see as a major threat. They all wear black… all have hoods drawn up… all wear the same featureless mask.The SLU, of course, had a presence also in the street. People wearing brightly colored clothes, mostly red white and blue in nature. But they are outnumbered 2 to 1 easily here, even though it is the grand opening of their own facility. Other groups are here also… the usual suspects. The KKK, some pro-LGBT groups, some against LGBT… the usual.

The President of the United States, President West, had urged all sides to protest peacefully. As is their right. But tempers would flare here today. The local police had been preparing themselves, but they had no idea this amount of people would show up. Easily thousands all together. They did their best to keep the groups separated, to make sure there was no violence. But while the local police did their best, another group had been called in. Represented by 3 small drones hovering high overhead, monitoring the group… maybe more than just monitoring…
Last edited: May 21, 2019
Reactions: MrStoryTeller, AshenAngel, Gands and 2 others

So I wanted to point out a few of the important details of the Accords as they stand now. I'm not sure just how much your character would know of them or anything, but you as writers should be aware of these. Any questions?

Okay gang.. here we go! IC thread is up! So everyone's character, by the time of the end of their post, should ideally be in Fairfield. For now, we're working with a single thread. but there could be more in the future. And the RP will officially start tomorrow when i get carol's post done. almost done with it.. but my brain is dead. forgive me. i'll get it done tomorrow, then everyone can go! in the posting order listed, please

Tonight I'll post Carol, and then the posting order can start. If anyone has any questions, please let me know!

Nomad will have his post up soon! Thanks for hanging with us!

Great posts so far people! I feel like we're starting to gain momentum! Now it's

Soverign 's turn to wow us!

Should be a post up tomorrow! "Please look forward to it!"
Reactions: Nomad-22, Gands and AshenAngel

Code name (if any): Mirage

Meta-abilities: Telepathy, stronger the closer she is, weaker further away.

Powerful mental illusions, rather like Hypnosis from the inside. She can induce physical reactions in her victims. If given an illusion they are drowning, they might well suffocate. Develop burns if given the illusion they are exposed to fire. Her powers tend to be more powerful if she is emotionally stimulated in a negative fashion. Strong natural mental defenses.


Weaknesses: Her body has little in the way of meta/enhanced defenses.

Skills: Well-trained with her social skills, all of her Suzy homemaker skills and some bare bones fighting skills. Was exercised regularly and is in otherwise fine physical condition. Trained by the facility not to easily break under questioning.

Equipment: Nothing aside from the clothes on her back at this time.

Brief Bio: Jenna was raised in a facility. She doesn’t know where it was. Her father was an enhanced person, if you can all it that. His brain was home to a powerful mental ability. But his body was nowhere near healthy. He was trapped in a wheelchair and manipulated by his own father Colonel William Stryker. Someone connected at the highest levels of the Weapon X project. The crippled and deteriorated Jason Stryker had been mined for various fluids in the Colonel’s fight against Mutants. Sadly, for the Colonel, terrorists destroyed his secret facility with the destruction of a local dam.

No one has seen Jason or the Colonel since, but there was a second facility and of course plenty of villains ready to take up Stryker’s flag. A mutant woman was selected to impregnate with Jason’s defrosted seed. Her minor enhancement was great health.

The eventual goal with Jenna’s training, once they discovered what her abilities were, (much of the records of mutant 143, known as Jason Stryker had been hidden from the government by the Colonel), was the insertion for control of specific individuals. As a child, she was raised by friendly, happy people. They didn’t believe she could be successfully inserted into a long-term mission without good social skills.

Sadly, for the facility, attempts at controlling and training her for obedience did not go well. The last attempt was by facility handlers threatening, then actually killing one of the staff nurses. This was a woman who had spent many years helping to raise the girl. Jenna’s mind exploded past the drugs meant to contain it. The handlers responsible for murdering her nurse would never recover functional brain activity. Then, Just as she was preparing to make war against the facility itself, somehow, security doors across the place started to open.

Jenna gathered a few younger kids not too far gone and made plans to leave the facility. One of the boys, was sickly and weak from his treatment. In his final moments, teleported Jenna and the remaining four children to a small town in Connecticut, maybe 45 minutes north of Fairfield.

Posted! Sorry if it took so long.

And regrading to the person Charlotte bumped into, feel free to be whoever hahaha
Reactions: AshenAngel