Original poster
I was toying with an idea about being either in a big mercenary group like the Blue Suns, Eclipse, etc., or being a small-time group that start out with nothing but the armor and gear on their backs and a very ill equipped frigate.

Now with starting with the larger groups of mercs I have a few plans for that, one of which would be splintering before the archangel fiasco, another would be our part of the company would be kept close to the "homeworld" to keep defenses high in case any of the other mercs tries some underhanded move.

Now starting out as our own company we wouldn't have much to our name, just the gear and whatnot on our backs, spending savings/whatever else to afford the best on planet (preferably on Omega as it's a good hub world to start on, even in ME1s timeline which is where the rp will start) however by the end of ME1-the start of ME2 we would be a larger mercenary company, and depending on our morals and such may either send people to take out archangel ourselves, stay out of the mess entirely because we aren't based out of Omega anymore, or lastly even consider back stabbing the other merc companies. Missions during ME1 would be geth extermination mostly, with a few aid missions and whatnot. We could become pirates, or anything we want within the universe in the time between 1 and 2, however if we get to ME3 we will have to help battle the Reapers, although it will be a considerable amount of time until then.

Things allowed from farther in the timeline
N7 classes, as well as classes from the ME3 multiplayer
Omnitool weapons
ME1 guns to start then we get into the stupid cooling system of 2 and 3
ME2 and up biotic and tech powers

Alias/callsign: (if you have one)

Class: (self explanatory whichever class you decide on)

Personality: (more of it can be fleshed out in rp so just enough to get us started)

Appearance: (duh NKOD you should've had this here from the start)

Bio: (Keep it short and sweet, paragraph- two paragraphs if you want again our stories should be fleshed out
in character)

Armor: (Do not worry about light medium, or heavy, it will obviously be whatever armor your class would be able to wear anyway)

Weapons: (Keep it to the minimum that your class has trained with)

Original poster
You have my tentative interest.

To be honest, I've been toying with the idea of doing a Fallout version of this.
Reactions: Dragonslayer Ornstein and Dakota K5
S

Original poster
Quite interested in this idea as well as @Grothnor 's though I haven't played mass effect yet is that alright, I want to play it but I would like to start from the beginning once I get a decent pc
Reactions: Dragonslayer Ornstein
D

Original poster
Having little knowledge of ME isn't bad, I can post a link to the wiki so that you know what I mean by the difference between ME1-3 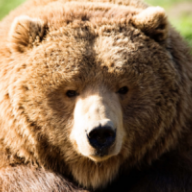 Well i'm ready to make my CS tomorrow morning after I get home for work if that works.
D

Original poster
Awesome, that does work, and here's the link to the wiki to check out ME weapons, omnitool weapons, and whatnot, armor will be interchangeable like in ME2 and 3 rather than the full armors of 1. Anyway wiki pages will be as followed for us

ME3 multiplayer classes: Mass Effect 3 Multiplayer/Character Customization (Anyone wishing for an N7 class will have to give their character a very detailed backstory as to why they are not with teh Alliance military as well as why they were chosen for N7 in the first place)

Races: Races playable races are as folllows, Drell, Aasri, Salarians, Turians, Humans, Volos, Batarians, Krogans, Quarians, and if you can give me literally the best reason in the entire universe, ONE geth similar to Legion.

Original poster
I will be making my own character shortly as well. Any other questions? I will be making an OOC when we get 1-3 more people to start out. Also you do not have to put your N7 background into your bio if you choose one of said classes they can be messaged to me when you write them up, I will accept, or deny based on the backstory and give feedback on where and what can be changed to fix it. I am not one of those you screw up once I don't let you have the class/character you want kinds of DMs I want all of us to have fun and make the best story we can together.
Last edited by a moderator: Sep 21, 2015
S

Original poster
Cool, I did post a bunch of links so it's easier for everyone, especially anyone with limited knowledge of ME in general or anybody (like myself) who needed a refresher course.
S

Appearance: (best one I could find)
[spoili] 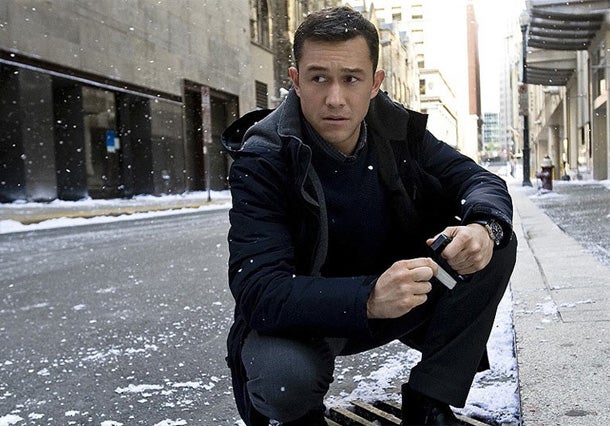 [/spoili]
Personality: Jay is a quiet person who tends to keep to himself even in combat he stays far away taking out enemies. He isn't one to get annoyed or fight about doing a job he just wants to get paid and move onto the next one so he's perfect for any group of mercenaries.

Bio: Jay was born in one of the colonies to his mother who was a civilian and his father a military sniper that Jay looked up to and planned to do the same. He went to a public school like most others he never took a liking anything in school so he mostly didn't pay attention and barely passed thought school. He later was trained by his father and he went into the army to be a sniper, he was one of the best shots while he trained with them. As he finally was in his first battle he killed few enemies before getting attacked by someone who had snuck around him because others weren't paying attention while guarding his position causing him to be injured and in the hospital for a few months. When the army asked him if he would be joining their ranks again he declined and stopped everything to do with fighting for an entire year before seeing if he still had his Eagal eyes as before. His first shot missed followed by one that was a bulls eye and he was done with not doing anything so he looked to find a mercenary group to join.

Original poster
@Silverdawn
what kind of sniper rifle and pistol?
the tactical cloak is a power not gear
gear pertains to things needed for survival and omnitool/biotic amp
Also what kind of armor from ME2-3 don't need to worry about light medium and heavy here
Powers should have their own tab which I didn't put in silly me
Last edited by a moderator: Sep 21, 2015
D

Grothnor said:
You have my tentative interest.

To be honest, I've been toying with the idea of doing a Fallout version of this.
Click to expand...

I'd like to see that as well, playing this kind of setting in a fallout rp would be fun
G

Original poster
I've been itching to do a Fallout RP for a long time, but I don't care much for GMing, and I haven't seen one in forever, except for this, which unfortunately died 3 posts in.

Also, (just an idea) we could start earlier in the timeline and fight Batarians.
Last edited by a moderator: Sep 21, 2015
D

Original poster
Oooooooh damn I don't know why people don't do more fallout it's more than the zombie post apocalyptic game that (love em to death) Bethesda made it into. I mean I played the hell out of 3 and new vegas but the first two just were amazing. Making an intentionally stupid character on one playthrough was absolutely priceless.

I am thinking that due to having four of us, we can start a small central merc team as of right now. I need to expand the explanation and then make my character. But the fiance and I are heading out for a bit, will get something posted within the next few days.
S

NewKingofDrangleic said:
Oooooooh damn I don't know why people don't do more fallout it's more than the zombie post apocalyptic game that (love em to death) Bethesda made it into. I mean I played the hell out of 3 and new vegas but the first two just were amazing. Making an intentionally stupid character on one playthrough was absolutely priceless.
Click to expand...

Yeah I know there was one that was going well but it had already died when I had tried to join it sadly. And I've always wanted too but never got round it but I want to make an extremely offensive glass cannon that only has the base sneak just to see how many times I die.
S

Original poster
Omnitool can be listed there, it is ambiguous, think anything extra you may need/want on a long space journey and long tenure as a gun for hire outside of armor and weapons.

Still need to know what kind of armor your character is wearing Silverdawn (for aesthetic reasons, and for what kind of things it will do.)

Personality: Harlow is a reserved man who had strong opinions but keeps them to himself unless brought up in conversation, seems standoffish at a distance but is rather easy going in private settings.

Bio: Stories surround Harlow, since a N7 not being with the alliance is odd but the answer is not some story of trial and adversity or betrayal, the simple fact is that Harlow was discharged at the end of his enlistment and chose not to sign back up finding his new merc job to pay better and it allows him to use his skills more often but the reason he was chose to be N7 is a little more interesting. Harlow was born on Earth to a Marine father and a pilot mother who both died when Harlow was five leaving him an orphan, he went in and out of foster home until he was 17 at which time he enlisted.
During basic he showed both a knack for leadership and biotic potential this along with his high scores in training gained the attention of those above him though these things were not what put him in N7, Harlow after 5 years of service was along with a group of 10 others sent to protect and Alliance vessel in an area known to be pirate and slaver territory when they were attacked and boarded by slavers. Half of the group was killed while the other half excluding Harlow and one other marine were captured, not much is known about what happened after the initial attack whwn communication was lost but when alliance forces made their way to the last location of the ship they found a very bloody Harlow his armor was severely damaged and his shields had burnt out. He never spoke about the incident other than basic information in his report only saying he did what he needed to do when asked, this event was the key for the push to get him in N7.