In the wake of the skrull invasion, Anthony 'Tony' Stark has taken the full blame, stating that he could have prevented the entire thing. After being ousted from office, he is branded an enemy of the state by the villain Norman Osborn and his new H.A.M.M.E.R. A new terror reigns in America, the world of the hero has turned completely topsy-turvy as Osborn creates his own Dark Avengers and X-Men, and effectively branding every hero that hasn't sold out an outlaw. Also, mutants are now outlaws themselves.

Osborn has stolen the Iron Man armor and modified it in a pseudo-patriotic image, the Iron Patriot. Stalking Tony to Afganistan and beating his vegitable body senseless.

Athough the people do not realize the terror looming over their heads, some have come to know what Osborn represents. These people, some powered, some regular, intend to stand and fight. This is you.

Character sheets would look something similar to Iwaku World:

Name: (This is New York, anything goes).

Faction: (If affiliated with a business or faction)

Place of Residence: (somewhere in the NY area)

Drivers: (What motivates your character. What do they want? What are they running from? What cause are they following?)

Equipment: (Including anything stored elsewhere)

Strengths: (What are you good at?)

Weaknesses: (What lets you down? YOU MUST HAVE WEAKNESSES!)

Primary Power: (Including category it falls under)

Secondary Power: (MUST plead with GM)

Background: (Try to be concise)
F

Original poster
CHECK HERE FOR ACCEPTANCE. (Replying to every single post is tedious)

Appearance: Thomas has eye length brown hair and brown eyes. On day to day business, he generally wears a T-shirt and shorts. When he is fighting he wears an assortment of bullet proof armor.

Drivers: Thomas wants to stop being hunted by H.A.M.M.E.R. With Norman Osborn in control H.A.M.M.E.R, Thomas has set his sights on taking Osborn out to escape pursuit.

Weaknesses: Having to wait, guns, knives, explosions, and most conventional weapons.

Primary Power: Thomas can absorb and expel kinetic energy, make him almost completely immune to blunt force trauma. He most commonly expels the energy through punches. The strongest heroes and villains can hit Thomas hard enough that he can not absorb all of the energy and will be hurt by it.

Background: Thomas only recently graduated from high school, but couldn't manage to get a job. He volunteered for clinical experiments at a small lab named Kinetic Engineering, shortly after the experiment Kinetic Engineering was shut down because it was discovered to be an A.I.M facility. A month later Thomas got into a fight with a H.A.M.M.E.R agent, and accidently killed him with his powers. He has been slowly attacking H.A.M.M.E.R since.
F

Original poster
Pretty much he would have been on the run for a month max - H.A.M.M.E.R. hasn't been around all that long.

Also, perhaps go into a little more detail about the facility; was it really a Skrull cover up (A distinct possibility at this point - after the registration the government pretty much shut down all there genetic engineering operations)? Or was at an A.I.M. (Advanced Idea Mechanics, a bunch of evil geniuses who do exactly what you're describing)
P

Original poster
What sort of powerlevel are we going for here?
F

Original poster
On a scale of one to ten: five to eight max. A Level eight would be Iron Man, and a ten would be the Sentry.
T 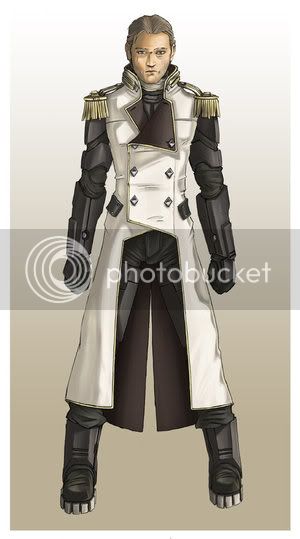 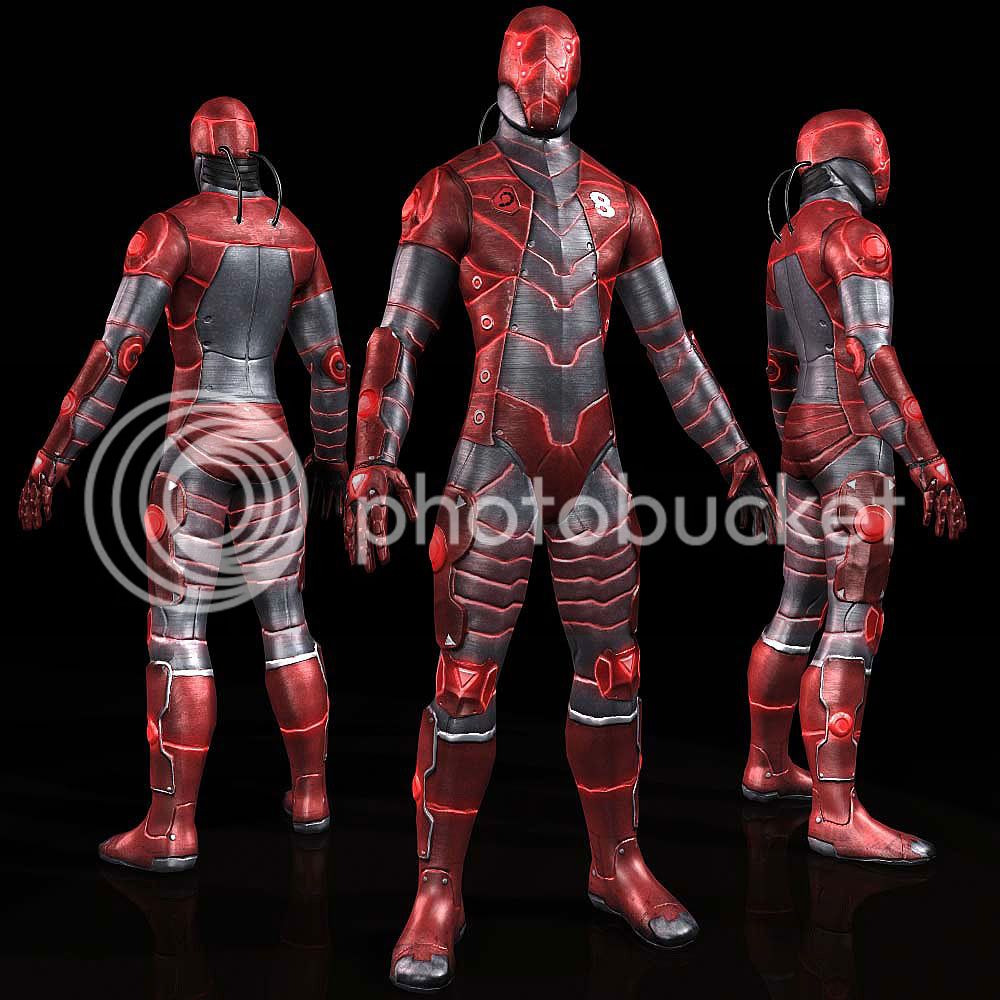 Physical Enhancement Suit, Powered Up
(Ignore the Nod Insignia and the 8 ) 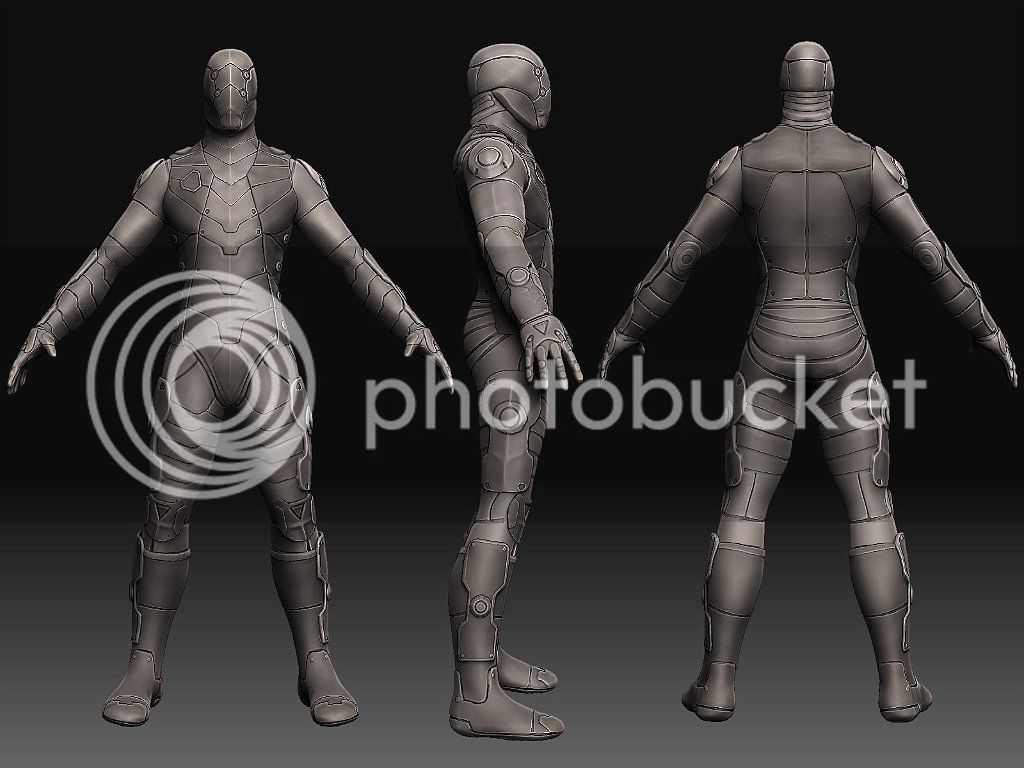 Personality: Loyal, open, determined, honest, straightforward. Jeremy is the kind of guy that believes honesty, and a straight line, are the quickest way to get somewhere.

Drivers: Protection of the weak and the innocent at any cost.

Primary Power: Alchemical Augmentation
Jeremy has the ability to augment alchemical reactions and substances inside and in close proximity to himself. This includes, but is not limited to: increasing the power of gunpowder, reducing the chemical reactions that cause the degeneration of cells that causes aging, drastic increase in the coagulation rate of blood, increase in potency of acids and bases.

Secondary Power: (MUST plead with GM)

Background: (Try to be concise)
N

Original poster
Well, I keep getting stuck on Starktech meets Johnny Mnemonic, I think I'll go with that.
F

Original poster
I HAVE A CHARACTER IN MIND.

Original poster
Oh I am SO in on this.

Original poster
You have anything against me making a Symbiote? >_>
F

Original poster
If it were a 1000th generation symbiote like Toxin, who doesn't have cellular memory like Venom and Carnage do.
C

Original poster
As in laking the powers leeched from Spider-Man, but still having others?

*Doesn't remember what the cellular memory was*
N

Place of Residence: A apartment in Queens. Previously Catherine lived in a Starktech housing facility, but has since then asked to move to her own place, which she shares with a roomate. (Perhaps Orion's guy, or an important NPC?)

Personality:Catherine is a generally nice and friendly girl, though she has a habit of getting defensive about her work.

Drivers: Catherine wants the world to make sense again-the good guys to be good, the bad guys to be bad. You stuff is messed up when Captain America becomes an outlaw, and is then killed.

Equipment:
A claymore, given to her as a gift/joke from a friend in the japanese division of starktech. ("Hey, you should get me a sword!" "Okay!")
Cellphone, Laptop, Watch, keys.

Strengths:
Multiple degrees; Catherine is an excellent scientist, especially in the fields of engineering. She is good at figuring out how things work; if she can determine under what rules someone's powers work, then she'll often be able to extrapolate their weaknesses.

Weaknesses:
SHARP BLEEDY THINGS. While Catherine is a highly skilled fighter, she has no particular superhuman strength or resilience, and must therefore rely on her intelligence to win fights. She's weak but highly skilled.

Primary Power: Starktech Combat Database
There is some rather important information in Catherine's head, and a lot of people would do a lot of bad things to get it from her. To help protect the Starktech information kept in her brain, Catherine has a side set of information, detailing almost all known combat forms. She is therefore able to use almost anything as a weapon and fight with the skill of a master martial artist, despite not having any formal training.

Secondary Power: Starktech Database (debateable usefulness, mostly here for plot. Catherine cannot access this info.)
Catherine contains within her head important information on various current, past, and future starktech designs; these files can only be acessed with the proper equipment, password, and quantum encryption key, on top of knowing that she has them. These files were kept in her as backups, so that rebuilding after the Osborn takeover would not take an exorbitant amount of time.

Background:Catherine joined up with Stark Industries soon after getting out of college, and has absolutely loved it. The state-of-the-art facilities, cutting-edge research, the chance to work on applying science to superheros...she loved it all. The pay didn't hurt. In the leadup to the superhero registration act Catherine volunteered to be given cybernetic implants important to the company's future (and also learn how to be a total badass!). Catherine was chosen specifically because nobody had ever heard of her before, unlike some of stark's lifelong friends.
F

Original poster
@Archy: Would the Starktech Database be on an unconnected laptop? Starktech's developed the ability to contain terrabites in their laptops, but Tony shut down the system after Osborn took over. But, all in all, accepted.