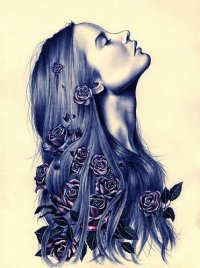 It won’t be easy. The job never was. But if it was easy, there would be no need for heroes.
​


Please read through this entire post before posting an questions/interest/etc. I would like to have a small-ish, moderately active group. Relations to or playing canon characters is allowed if you contact me and are approved prior to posting your applications. Characters can have powers as long as they aren't overpowered or they can just be a S.H.I.E.L.D. agent. I'd like to get this started as soon as possible so post your interest right away. If you have any concerns or questions, feel free to PM me or reply in this thread and I'll get back to you as soon as possible.


No god-moding/Mary Sues/Etc
This is just a basic rule you should always follow. Make your characters realistic, realistic characters have flaws.

Proper grammar is a must
English doesn't have to be your first language but you must understand how to write it. A few mistakes every now and then are okay but if you write in "txt talk" or just have terrible grammar, you will not be accepted into the roleplay. This is absolutely nonnegotiable.

A absolute minimum of one per week
More is welcomed but less won't work.

Being rude out of character is unacceptable
Your partners are your friends. You should bond over the RP, not bicker and argue. In character, there are no restrictions as long as your character has good reason.

Be original
Don't be afraid to stray from the norm. Having a group of characters that are all identical except for their names is no fun.

Know the premise of the show/movies
You don't have to be an expert on S.H.I.E.L.D. or the Avengers. It's not going to be straight out of the movies or shows. We'll carve our own path. Just have a good idea of what you're getting into.​

Even Time Shall Eventually Bow To The Queen

Genres
Scifi and Fantasy are my top favorites, however I'm always open to try different things.

Tentative interest. (If you're still taking interest at this point with 6 people prior to myself)
K