Original poster
The world is changing. People with strange abilities are popping up all over the world. The organization known as "S.H.I.E.L.D." has begun recruiting some of these individuals to protect the Earth, and put their powers to good use. Through a special training program in which the teenage "heroes" are placed in a specially modified and run high-school. During the day, they attend the school as regular students, but live double lives as agents-in-training under the supervision of Shield.

Additional plot information will be added over time.

2. No one-liners. Please give at least a paragraph.

3. Romance is allowed and encouraged, but please, if you want to be graphic, take it elsewhere.

4. No more than two characters per player.

5. No perfect characters. Everyone has Weaknesses.

6. Be prepared to lose sometimes. Heroes often find themselves on the receiving end of a beating just as often as the alternative.

Optional options can be revealed during the roleplay, or simply added to later.​

Original poster
Sure! Come on in. You make, I think, six, including the people from the interest check. ^_^ 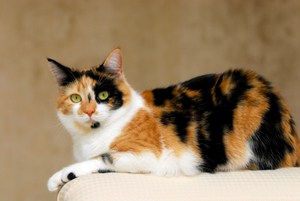 "A purrrrfect day for fun, is it not?"

Age:
No one knows, he looks juvenile.

Powers:
Jumpcat can jump to the height of the greatest skyscrapers, and he can exceed the world's tallest buildings if he jumps with his full potential.
Jumpcat's strong limbs give him vast enough strength to fight opponents bigger than him.
Jumpcat can cling onto surfaces, much like a flea.
Jumpcat can run very fast. It is not specified how fast, but it seems that he can produce sonicbooms during acceleration. While limits are unknown, his acceleration is slightly less than a car's, although he has been shown to go faster than bullets if he has enough time and distance.
Jumpcat can suck blood, but chooses not to. This is from the flea DNA.
Like most animals/cats, Jumpcat has enhanced senses, especially hearing.
Jumpcat sees better at night.

Personality:
Will be revealed during the Roleplay.

Bio:
According to him, he started as an ordinary stray cat and lost his sister Wakaba at some point. One day, he was struck by lightning, causing the DNA of the fleas that infested his body to fuse with his own. The lightning enhanced his intellect to that of an adult. Long story short, that was the birth of Jumpcat.

Are we allowed to play antagonists? I was thinking of an antagonist as my second character.
T

Original poster
Sure, go for it
X

Powers: Alex can bring machines to life. Cars, light posts, printers, guns. He can control all of them with his mind. Though, only three machines at a time or he stretches himself too far. He has best control over mechanical objects. The only things he can't control are complex electronics. Such as, modern computers, digital phones, TVs and laser weaponry. He is still only a human so he is very much mortal.

Powers: kinetic energy consuption/manipulation-David is able to create energy in his body through movement. Any movement causes his ultra high metabolism to create energy in his body that he can use to highten his speed, strength, agility, and even thinking. The kinetic energy travels through David's central nervous system making any change almost instantaneous. His power causes his eyes to glow purple as well as give off purple static discharge.

David is able to use his stored up kinetic energy to shoot purple bolts of lighting at his target. The down side is that it uses a lot of energy he currently can use it twice a day.

Bio: David was born to a normal family he has two siblings an older brother and a younger sister. He was walking home from school one day when he was in a car accident. David was in a coma for a few weeks when a scientist approached his family claiming they can bring David back from the coma better than normal. The scientist was developing a way to restart the brain by injecting David with a solutioin to allow electricity to travel faster through out his brain to help with cellular regeneration.

A few days later David woke up with the power to convert his kinetic energy into usable energy. he has kept his powers a secret from everyone including his parents. He often visits the scientist who helped explain his powers and assists him with his crime fighting.

Other: David is able to be stronger, faster, smarter but he chooses to act like a normal boy to keep suspicion low.
Last edited: Dec 6, 2015

Am I using the DC scale?

Would you prefer real life appearance or anime?
T

Original poster
Either or is fine. I tend to use real appearances.
T

Original poster
A kitty cat in a high school...this should be interesting

@The Classy Mog
(What do you think?)

Powers: able to alter the molecules in the air to make just about anything he wants, super speed and planet moving strength (but so far he only has the strength to lift buildings), absorbs energy to generate any type of blasts,telepathy only strong enough to read a group of minds, and angel wings that can take him to amazing speeds. he is still trying to discover the limits of his strength

(hey im sorry to ask this but...can somebody like tag me when they talk to me or when something is about to go down and during that whole thing.....i just dont know how to get alerts on things like this)
Last edited by a moderator: Dec 6, 2015
T

Original poster
@josephoshearoleplay, Woah, woah, woah...those powers are easily cosmic level, and I'm sorry but, I really want these characters to be much weaker than that. For one, their newbies, for another, if your character obscenely powerful, while all of your allies are near-human, it would make Combat incredibly difficult to do. Since I would have to have villains capable of beating you, whom would likely just splat any of your allies.

So, again, I'm sorry, but, you're going to have to really nerf him. It's way too much.

Original poster
Just trying to help out here, but Marvel Universe equivalent powers are typically 1-2 powers that typically go together (such as: strength and durability, teleportation and a sense of spatial awareness, etc.) or powers that follow a theme such as the strength and agility of a spider.

Characters like Thor, The Hulk, Professor X, etc. are generally considered the best at what they can do, and don't have "extras".
Reactions: Brea and (deleted member)