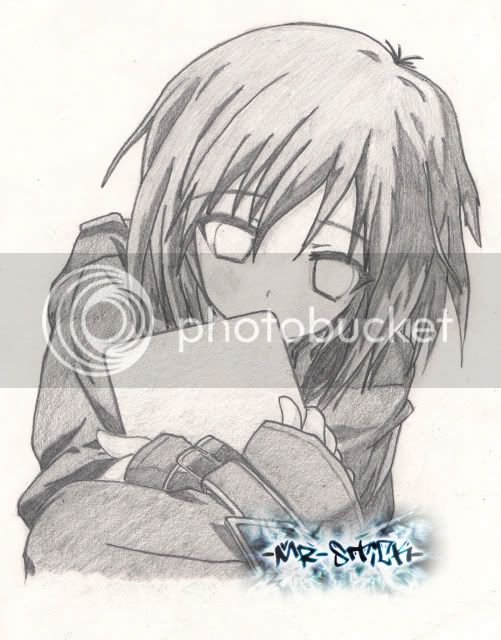 Her friends have NO idea that she's the creator of such a huge manga following. Rie has always had the unlucky combo of boy and friend problems back in high school, but just when she's about to tell everyone about her popular underground series.... 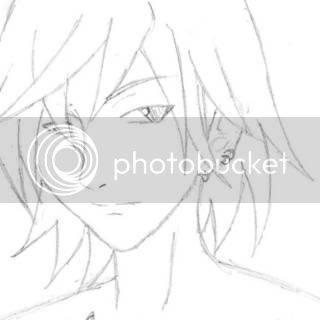 A boy who looks exactly like the male lead in her manga moves into the flat across the hall! He's hotter than shit, and after he moves in, Rie quickly starts working on new characters to see what's up. It turns out that all of her drawings come to life and live in that EXACT building because one of her friends is a witch/whatever that can grant wishes.

So, now Rie's surrounded by all of her imaginary characters and because she wished for them, she's stuck with whatever shows up next.


Adapted from a Concept originally by Diana

First off, this is a RP for newer members that want to get accustomed to Role Playing on Iwaku. Second, yes we all know this plot is very weeaboo, but that's the general idea. Except us to insult shojos and other overly dramatic plotlines. So if you like girly girl romance, this plot may be for you. The plot is also very informal and besides for some smut here and there, it's nothing to get worried over. ;) My lovely assistant Fluffy will be my Co-GM like normal. I hope you Enjoy the story. If there's any questions, then ask them on this thread. Please no yuri or yaoi subplots. 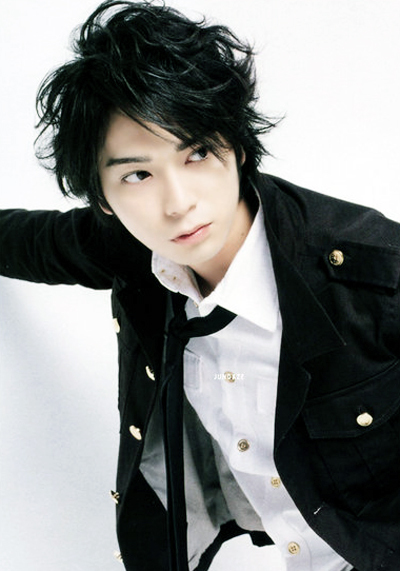 Current Goal/Purpose:
Far as he knows, his purpose is just to be sexy.

General Personality:
Like Rie meant for him to be, he comes off as the shy type until he sees an appealing woman. He's a master of flirtations, bold, sexy and full of compliments for the opposite sex. It infuriates him when men hit on him; he'll swear a lot and use his awesome kicking powers on the closest wall. Yes, he is pretty much a master of Kung Fu.

General History:
There's not a lot to say about Hideo's history. He was born/drawn an adult, and forever will be that age. Now that he's come to life, he's determined to infatuate Rie and show her what its liked to he his girlfriend. The more he hangs around her, the more he learns the true meaning of love. Aside from that, he's intimidated by the aspects of real life. The people are less fun to pick on and more difficult to seduce!
K 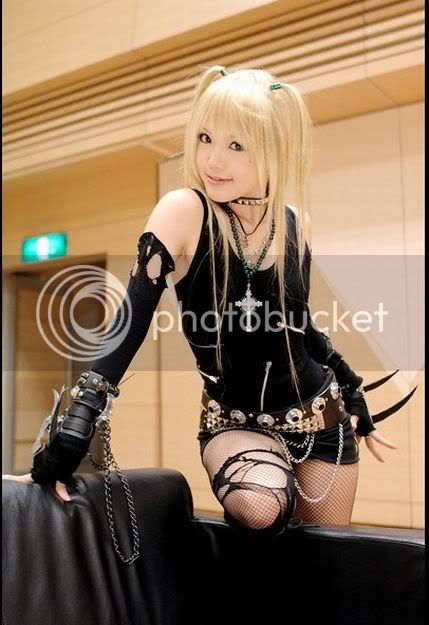 Current Goal/Purpose: To get better at doing magic and spells and things like that so that she can get into an academy for witchcraft - Tokyo University wasn't her first choice.
General Personality: Ukiuki is cheerful and upbeat, all the time, even when it's a little annoying. She genuinely cares about Rie and was only trying to grant her wishes, but instead...
General History:
Ukiuki is the descendant of a long line of witches who were all very successful and born with the mark of the magician, a streak of pure white in her hair. Instead of a streak, Ukiuki had a full head of white hair! To cover it up, she dyes her hair bright, peppy colors. Ukiuki has never had much control over her magic, though she seems to be powerful, and her spells uually go awry, even with the best of intentions.

Ukiuki studies hard and has been persistent, so she made it into Tokyo University, but she'd much rather be at Majo Academy, the prestigious private school for witches. Ukiuki met Rie her first week at Tokyo U and she only seems to have just the one friend .... 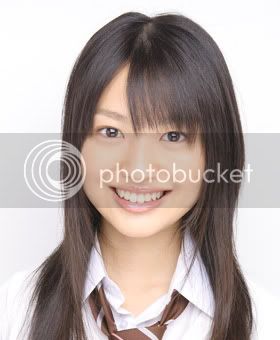 Current Goal/Purpose: Survive college and it's expensive. So she goes into the doujin world hoping to make some fast cash without having to solely rely on her part time job in a candy vendor's shop.

General Personality: Timid and quiet around strangers. Warmly enthusiastic and imaginative in secret. See life as full of possibilities. Make connections between events and information very quickly, and confidently proceed based on the patterns they see. Want a lot of affirmation from others, and readily give appreciation and support. Spontaneous and flexible, often rely on their ability to improvise and their verbal fluency.

General History: Rie is one of those gals that just kind of blends in with the background. She has had a rather boring life, living with her mother and father until the age of 18. She did well on her tests and was granted admission at Tokyo U. Rie has spent a lot of time drawing as a hobby and hopes to use her artistic skills for something formal like painting or if push comes to shove, there's always animation studios hiring new artists. While she didn't intend to spend a lot of money, she is currently running low because she has not been working at the vendor as much as she used too. Her doujin was something that she did more as a joke that has gained a cult following, which she didn't think it would. Now she secretly writes and draws the plot line of The Witches's Teacher.

Update: Fluffy will be playing Rie, I'll be Hideo.

Bum. Fluffy I believe it's time you use your naughty super powers to blackmail people to join.
K

Rory, did you switch because you didn't want to be my bff? >(
F

He's just more comfortable being the male for this one, lol. I'll admit, it was tough for me to hand over my sexy pervert kung-fu master. ;3

I'll try and reel some people in with my wicked charms. Should that fail, I have some threats in mind. Hmpf!

Sounds like a plan to me! And No Kitty, as Fluffy said I'm feeling a little more comfortable playing around as Hideo than I was Rie via MSN chats. Fluffy has the better personality for Rie than I do, lol.

Work in Progress! Will finish ASAP 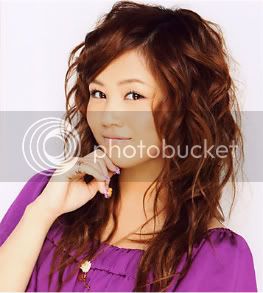 Current Goal/Purpose: To make sure everyone is keeping on task and actually doing homework instead of running around like mad people.
General Personality: Makoto is a motherly figure, she likes taking care of people, cooking meals and likes to look out for close friends. She was only recently introduced to Rie but took a shining to her, making sure to start taking care of her and watching over her. She's constantly interrupting private moments that Rie has just to make sure she's made her bed or if she wants dinner, just like a mother. She still has no clue that Rie is the one writing the comics, maintaining a blissful ignorance to it.
General History: Makoto didn't have to work hard to get into Tokyo University, in fact she was trying to get into Keio University but fell just short of the entrance. At the urging of her parents she enrolled and began attending classes as well as worked as a waitress at a small on campus cafe part time. She recently met Rie at the cafe and has been bothering her ever since.
K 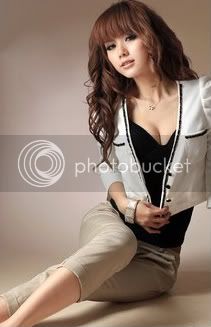 Current Goal/Purpose: To make Rei's life miserable while trying to convince Hideo that he doesn't belong in this world.

General Personality: Satomi can only be compared to fruit: sweet, loving, kind...on the outside. It's a card she plays well, but when she begins to see Rei and Hideo together, well, fruit becomes more than jam, and her attitude turns ice-cold.

General History: She is as her creator made her.

(So if I did this incorrectly, please inform me, and I'll correct my mistakes.)

Welcome aboard. Good to see two more people join the plot. Nothing is wrong with your character Ka.
F

Since I traded roles with Rory, I'll be typing the IC thread for this.

I'll work on it this weekend. Look forward to playing with you all. ;]
K

Thanks, and sweet! Can't wait to start.
S

Current Goal/Purpose: To be cute and cheer Rie on to draw more! Also, to find and protect the Codex.
General Personality: Cheerful, bubbly, bright-eyed, and hyperactive, Namida is a cute little princess. She adores Rie's drawings and finds the world she lives in absolutely fascinating. Her curiosity often gets the better of her.
General History: Namida was drawn for the purpose of being the delightful, sweet character in the story. She's perpetually young and has a history full of mystery. She's the only character who knows about the artifacts called the Codex (magical artifacts that allow users to learn certain skills) and claims to be on a mission to find and protect them.

http://space-kitten.org/iwaku/showthread.php?t=3439&p=96215#post96215 <--- There's the IC. Your characters can be in Rie's apartment, or causing trouble somewhere in the city. Kitti's character and Hideo have been placed in the apartment. Have fun, everyone.

Sakura, you can have Namida slap Hideo around. She can be like the Misty to his Brock like personality.
S

He's going always call her Tatertot. Because I said so. :D
F