Original poster
If you've completed the sign up and saw the story, you're ready to go!

Lilian's Oculus Rift flashed once before loading the world of MGO, placing her in the viewpoint of her character, Frosty Kilkenny. Naturally, Frosty had spawned in the town area nearest to where she'd last logged out, and since there was a Christmas event going on, the place was naturally covered in snow. Frosty, of course, had no issue with the snow and occasional spots of ice, since she was an ice mage, but she could see some other characters struggling to walk through the deeper spots. That didn't bother her, either, as she directed herself to the tavern to acquire some quests. There were, of course, the season and event specific ones that automatically popped up, but there were some regular quests that had to be accepted from a board. And yet still, there were quests that couldn't be accepted unless you were part of a guild, which was something Frosty wasn't.

She needed to fix that before the event ended.

Takara felt the small jolt of electricity that disabled her motor functions as the nerve gear flashed in front of her pulling her into the game world. The world went black for a second before she booked seeing her gaunlet on her right hand. She looked around the world seeing the new updates effects for the holiday season. She then giggled at sight of some players having issues in the deep snow. "At least they got the snow mechanics write." She sighed making a mental note of that for later. She began to make her way to the tavern to see what new quests were added. Once she arrived at the tavern she saw a girl staring at the quest board and decided to make conversation. "Any good quests?"
Last edited: Sep 18, 2015
K

Original poster
Rebekah smoothed back her wet hair. She had taken a well-deserved bath after cross country, and had heard earlier that day at school that the game had received an update. Just in time for the holidays.
Bekah sat in the couch in her guest room, putting her virtual reality device on. A classmate of hers had designed it for a special project, and decided to use her as a beta tester (for the device, not the game). She got to keep it in the end. It was less bulky than most other virtual reality devices and ran much more smooth, but it was extremely fragile and needed maintenance often. The green "ON" button rested on the right temple of the device and the left side had a red emergency button. She lifted her right hand carefully, gingerly pressing the green button and letting the device take over.

Rebekah, now Iris, felt a slight numbness in her physical body, but quickly forgot it as she was logged into the world. She felt the soft snow beneath her feet. she should have known the admins and designers would do that. She took a few troublesome steps forward, wobbling a bit. Her boots were not made for snow navigation. They were for style, running, and climbing, with the options of spikes or wheels. They were not made for the current conditions. Iris heard other people, already bundled up for the update, giggling at her situation. She shot them a bit of a look, but they thought it was adorable.
Iris, once out of the deep section of snow, hurried to the nearest tavern. She needed to dig out her supplies from her inventory so she could keep her health up. The cold could start getting to one, and not dying was a top priority to Iris. She got in and started to search through her inventory. A fluffy coat, earmuffs, mittens, a scarf, and a snowboot option was removed from the inventory. Iris used the items, and walked over to the mission board.
There were small jobs, event jobs that she enjoyed but didn't pay well, and then the guild missions. Iris wasn't to thrilled about guilds. They were normally too much work and drama for her. For events like this, she tended to join a guild, do the job, get her cut, then leave directly after. Only once did she stay in a guild for more than week. She had joined a server with people who were very friendly, but got so fed up with each other. They all loved Iris and Iris wanted to stay with the whole group. The leader deleted their account, then the group ended up dissolving and everyone went separate ways. Iris didn't trust guilds after that. She had friends, but didn't talk to them often.
She inspected the board silently.
R

Original poster
Observing the board you see:

Takara looked up at the quest board when saw the new quest be added. Her eyes lit up when she saw the quest reward. "Now there's a quest worth doing." She clicked the quest and held her hand on the accept button. That's when a red error message appeared. 'You must be part of a guild in order to accept this quest.' "Dammit" She mumbled
K

Original poster
Iris watched as another player attempted to enter the event, but failed. She must not be in a guild either. Iris attempted to open the extra information for the event, but everything came out in a big jumble.​
"βx∋s©♣l sge∅alý §¤õpaψ οs∑∪∂" specifically. Iris puffed out her cheeks indignantly.
"Stupid piece of garbage. Jumbling letters again." She said, mentally cursing her virtual reality device. Though the device worked better than most VR, it was new and bound to have glitches. The information from the server seemed to be fine, but the VR was receiving the information wrong.
"Its not like I could do it anyway, I don't have a guild." She said under her breath with a shrug. She mostly used this move to get a guild invite from the people around.​

Takara looked at the other female as she sighed. "Sadly it takes 3 members to form a guild." She scratched the back of her head wondering why the guild quests dropped the best loot. She looked around the tavern to see if anyone was looking for temporary guild players but to no avail. 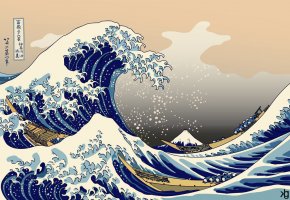 With a satisfying click, the Virtual Reality Device's visor snapped over her eyes, and within moments she was flooded with sensations. Rowan's eyes watered, adjusted to the bright scenery, polar opposite to her dark gaming room. Everything was covered in a think fluffy blanket of snow, so white that it seamed to glow. Luckily she was already bundled up and warm having tested out the new update the minute it came out. She had only logged out to eat a quick meal before she was ready to jump back in.

Rowan had materialized in the centre of Mellyse, the highest level town in the channel. The quest boards here had the highest level requirement and had the best payout, while the NPC's sold higher level potions and equipment. Rowan twirled her old staff in her hands, the pink tassels at the end swishing prettily through the air. She would have to upgrade her staff soon, maybe even replace it if she leveled up quick enough. That would have to wait until the channel, Castle ~ Lvls 41+ was open to her.

While Suite was only the beginner channel, Castle was the main one. Everyone started off in Suite and when they got the hang of the game mechanics and chose their Classes, they moved onto Castle. Rowan couldn't wait until she leveled up; Just one more measly level until she got to explore the vast world of Castle. Suite in comparison just couldn't compete. And although there were plenty of places to explore, the quests were usually unoriginal as they catered to the newbies. That was why when she had gotten the game last week, she had spend all day and night working on leveling up and grinding experience.

Hair ornaments tinkling and blonde curls bouncing, Rowan skipped into the tavern making a beeline for the large quest board in search for the perfect quest to get EXP. She popped up between the two girls examining the board. It seems as if one of them was mumbling something about a guild? Examining the board herself, she realized the problem. A Special Boss...and it required a guild. She bounced on her toes as she imagined all the EXP she would get, "Hiya! My name's Rowan," She stuck out her hand, "Seems as if we've got the perfect number for a temporary guild now!"
Show hidden low quality content