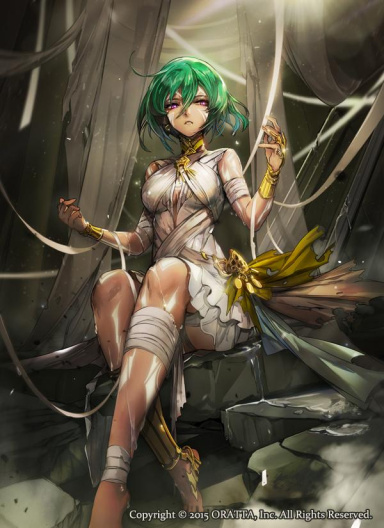 I know it has been done many times before but I’m interested in doing a magic school. Not something like for wizards or witches but somewhere that a person has one magic power each and they attend school for both regular learning and how to become better at their power. I was thinking of possibly having it where they are learning to use their powers to fight something in the future like they are becoming magic soldiers. Though, I haven’t decided what they should fight yet, maybe some kind of demon or monster type things.

I wanted to know if anyone would be interested in rping this with me and I’m open for suggestions and discussion. I would also like people who would commit as best as possible to the rp because it will be better if it can be a long running role-play. I understand lives getting busy and all, but it would be better if the characters can stick around.

If I get any interest I’ll actually begin to plan out the rp and put it up. Also, I would love any suggestions because I know all of you have such creative minds.

I've been thinking about things like these, and now that I've finally found someone willing to host, I can indirectly control it with IDEAS!

If this gains enough interest, I'll elaborate on the details!
Last edited by a moderator: Nov 28, 2015
Reactions: ScarletNova

I like your ideas though I might add and tweak a few things but everything you're saying would mostly stay the same. I was thinking the academy is to teach to become magic soldiers to fight those monsters. Also, I would say that the teachers are soldiers as well, which I think can be playable during the rp as well if someone wanted. Different ranks for everyone would be interesting too, like if they get stronger through all their practice and training.
Reactions: Salt Lord
S

I guess I forgot to mention it, but the only reason they're at Swarovski is because they want to be come soldiers. Everyone who goes there knows how to fight. I was only going to mention the ranks when we got enough interest, but I was going to mention them somewhere along the line. Anything about the magic system you find you don't want to be a thing? :v

Yeah, okay. Well, or at least they are there to learn how to fight in the beginning then grow and become better. I think the magic systems fine. I take it as they are born with a symbol that is linked to what kind of powers they have. They should be limited though, like someone cannot end up having a whole bunch of elements or something like that. More, one person can do something with fire and heat if you understand what I mean. They have to relate to each other so that way one person doesn't have a whole bunch of different types of powers though they can have a whole bunch of different ways that they use their power.
Reactions: Salt Lord
S

Yeah, but remember that the item their symbol is linked to isn't limited to... well... items. If a character is based on a fairy tale such as Cinderella, their power could be based on fire due to the "cinder" part, and they could stop time because fairy tales are scattered through time. Not to say every fairy tale based character has the ability to alter time.

The maximum amount of elements for one person would be two.

We just don't want anyone being too powerful and taking a whole bunch of possible abilities. The time thing might be a bit of a stretch considering Cinderella is only one fairy Tale not all of them and technically then does not scatter through time, but thats only your example, that doesn't mean that anyone would choice to do that. Others many come up with completely different things. Two is probably a good number. (I know I already am doing something to fit my character who uses water and ice.)
S

We'll find ways to counter overpoweredness. For example, if a character can alter time, the only possible way to do so is to stop it. No past or future. A character uses light? Mirrors. A character can create objects like tanks? Explosive glyphs.

It may all seem a little overpowered in the long run, but I can find ways to keep everything from dominating everything else.

Yeah, though after all, they will be fighting monsters and not each other most of the time so it's not like we will have to worry about overpowering each other too much. Also, weaknesses in general can be added to the CS which I plan to do anyway since I already have a CS outline in my head. There we would be able to say any weakness of our characters that involve fighting, powers or anything really.
Reactions: Salt Lord
S

Alrighty. Now we wait for people to come along and tell whether they're interested or not.
Reactions: ScarletNova

I'll express interest. It's been a while since Ive done one
Reactions: Salt Lord
S

I also do have a few ideas for the monsters and the whole soldier aspect of the school.

For example depending on the rank, age, and or grades in class certain students are able to take on missions to fight monsters outside of school grounds. The "Public Missions" are not as dangerous as Optionally Assigned(?) missions which are given to students who the academy believes can handle the danger. Although they can decline if they think otherwise. Then there could be "Military Missions", the ones that cannot be declined but I'm not sure if this would be appropriate since it feels like child labor if the persons receiving it would have no choice but to accept. This however could only apply to Ranked SS students who could be already accepted into the Military for their outstanding abilities but need to finish their remaining time in Academy.

As for the monsters I really do like @Salt Lord idea and how the implosion of magical energy applies to the soul. It reminded me of Pandora Hearts where monsters from a place called the Abyss made contracts with the humans above. It was the only way they could make it to the surface (earth) and begin devouring as many souls as possible. The reason behind this is because they have a limited amount of time with the human soul they have contracted and essentially latched onto. (Alright this is basically where I start mixing ideas from the original & just my own ideas) When their time is up they are dragged back into the Abyss along with their contractor. It might sound strange why people would accept such consequences but the reward they get would be superhuman abilities & the powers of their contractor.

A little explanation about the Abyss, there are different levels and the time spent there is completely detached from the human realm. An example would be 4 hours in the Abyss could be 4 centuries on Earth. Since it's a different plain of existence ruled by the powerful and held together by chaos no normal human can last long in the place.

I'm glad that we're getting more interest now and I like everyone's ideas. I'll definitely consider them. Perhaps if we can get at least one other person interested, I'll begin on actually making the rp and OOC thread.

I'm interested but I'll admit, I'm too lazy to read that exchange so I'll read whatever final decisions you come to.

An idea I'd like to put forward: The Earth, or what remains of it (Little more than a city), is floating in some kind of void after the entirety of the universe was destroyed by mean people. The magic school exists to maintain the defensive barrier that prevents the final city from being consumed too. The school collects magical energy spent by the students and uses it as fuel for the barrier. Students are also responsible for defeating monsters that come too close to the city. The barrier takes the form of a colossal labyrinth, and it is inside this labyrinth where the fights take place. Once a student uses up all their magical energy, they cease to exist. Magical energy can be restored through various methods, but it's not recommended to let your reserves fall to below 30%.

I'm glad we have some interest. With that in mind, I'll begin working on the actual thread for the rp though I hope you all don't mind that it will take some time for me because I can get quite busy currently. I will try my best though as to not make everyone wait forever, and I love the ideas you all are mentioning so I'll keep them in mind and try to add them into what I come up with.
Reactions: Salt Lord

I've been working on the OOC Thread for the rp. Though, I want everyone's opinion on this. I have the headmistress and a picture of her but how do you feel about teachers. Do you want to leave them to just be made-up during the rp, a few already pre-made along side the headmistress, or have teachers to playable or two out of three or all of these?

I think in a school RP, having teachers be playable can make classes stagnate because everyone begins to rely on a single person to post who may be busy with life at the time. Thus, in my RPs at least, teachers are always NPCs.
Reactions: Duwang Chew
Show hidden low quality content