Briodie had changed before, of course, but never on a full moon. All of her other changes had been willing. She was frightened and nervous; despite Ryan and Audrey's consolidations, she had no idea what the compulsory change would be like. Would it be different? Would it hurt?

"Brody, I'm scared," she said to her twin sister.

Brody was scared for her, too. Brody had seen her sister change; she had witnessed the first change, right after Briodie had been bitten. The Alpha had banned Brody from tonight's change.

"You'll be fine," she reassured. "Audrey and Ryan will take good care of you."

Briodie checked her phone. No texts from Noah. "I should be going. I'm supposed to meet them at the house at four-thirty."

"Okay," said Brody, feeling a little deflated that her sister was leaving. "See you. Good luck."

Briodie left the Sutcliff house and jumped the back fence, heading straight for the woods just over a little creek. The pack's headquarters was an old house, deep in the woods, that most people avoided due to the apparent threat of asbestos.

"Sorry," she said sarcastically, ruffling his hair. He batted her hand away, and she chuckled. "Not all of us hide away in the woods for ridiculous periods of time."

"I'm actually early," the blonde girl said, perching on the banister at the foot of the staircase. "Where's Audrey?"

Ryan knew what she meant. "A little."

SEBADET MORALES
Sebadet ran through the trees at full vampire speed. She loved the feeling of the wind through her hair, of being free. She arrived at a large oak tree, on the opposite side of the town to the wolves' headquarters. Sebadet didn't like the wolves, and they didn't like her.

Tonight was the night the twins would try to make her drink animal blood. She had tried it, of course, but nothing could compare to the rich, meaty wonder that was human blood. She didn't understand why Nathan and Noah wouldn't drink it. Sebadet had never killed a human! She only took what she needed.

Sebadet climbed to the top of the tree and perched in the thin branches to wait for the boys.

"Who are you calling a slow poke?" Nathan bit back, a playful grin upon his face, baring his fangs.

The two twins were running at full vampire speed through the woods, racing one another. Their voices echoed as they shouted taunts at one another, jumping over logs and maneuvering around trees. Why were they running throughout the woods? Well, they were suppose to be meeting up with Sebadet in an effort to switch her over to animal blood. Not only was it healthy and fulfilling, it also saved a lot of humans from being drained. They had stopped a few feet away from where Sebadet was located, able to sense her. Nathan looked over to his brother, only to find him immersed in his phone. A small smile graced his features.

The two set off once more, stopping underneath the tree where Sebadet was perched. They looked up at her, wearing identical grins.

"You ready for—" Noah began.

"Are you sure you know what you're doing?" Kailee questioned as they stared at Isaac with a worried gaze.

Earlier today, Isaac had came to them, rambling on and on about a new spell that he wanted to try out. Immediately, they were also excited. Being a Pixie, magic was something that was apart of their life for as long as they could remember. With Isaac being a sorcerer, they had a lot of fun doing different spells and messing around. Like right now.

"What is this suppose to do again, anyway? Do you even know?!" Kailee questioned once more, voice portraying their alertness and concerned. Last time a magic spell went wrong, Kailee had ended up with cat ears and a tail. It was quite the experience indeed. They could only hope this experience went better.

Four-thirty on the dot. Audrey was quite proud of herself as she entered the headquarters for the werewolves. Her happy mood deflated as she laid eyes upon her pack. Why were they there early?! Now the ginger felt like a terrible Alpha.

"Jeez, guys. Way to make your Alpha look bad," she stated in a sadden tone as she walked further into the house. She stopped when she was in front of the two werewolves. A serious atmosphere fell upon them as Audrey's eyes grew steely. She silently stared at Briodie, remembering what this night would bring for her. It was her first full moon change, after all.

"Are you ready for this, Bri?" She asked in a soft, caring tone, which didn't match her expression nor the atmosphere that hung in the air.

[Sorry for taking forever! I hope it's all good. I'll have to add color later on.]​
C

"I am nowhere near ready for this," said Briodie honestly. "I have no idea what to expect."

She hadn't been briefed on the change, which, up until now, she had been happy about. She didn't want to know. The fear and anticipation made her claws grow; sharp talons jutted over her pretty, perfectly manicured fingernails. She dug them into the wood of the banister.

Ryan grabbed Briodie around the waist when she ran past him, keeping her from running away.

"Briodie, we know you don't want to do this, but you have to, and it will be a million times worse if you're not with us," he said, looking frantically at Audrey. He wasn't the most tactful person, and he didn't want to say the wrong thing. 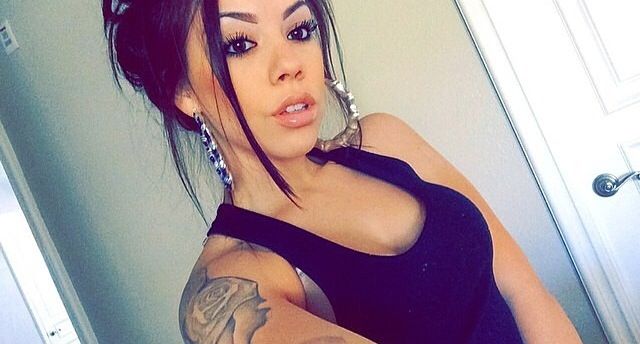 Sebadet rolled out of the tree and pummeled to the ground, landing on her feet like a cat in front of the twins. "It's only life-changing if I continue to do it," she said flirtatiously, "and you'd better find me some pretty fantastic mountain lion to get me to give up hot white boy blood. Nathan, hold my bag while I do my hair."

After passing her purse to Nathan, Sebadet tied her hair into a ponytail, so it didn't get too mussed around while the three vampires were hunting. "What's the big deal, anyway? I have never killed anyone."

ISAAC CARSTAIRS
"Kailee, you know me," said Isaac. They were in his grandmother's attic, where they wouldn't disturb her. While Edith knew of Isaac's abilities and had no problems with Isaac and Kailee experimenting, she, like any old lady, did not like to be disturbed. "I have no idea what I'm doing."

Isaac flicked through his spellbook until he found the charm he was looking for. "It's supposed to turn you invisible for a short period of time," he explained to the pixie.​
Show hidden low quality content