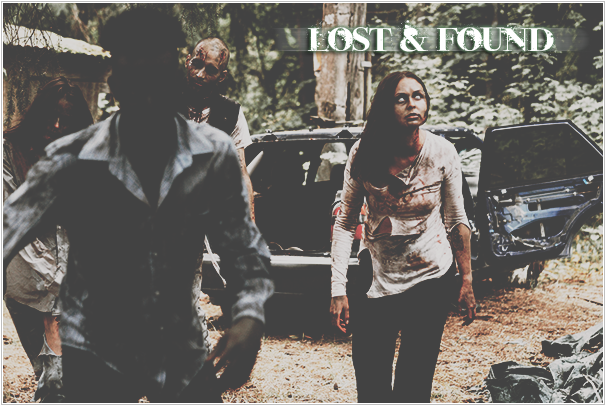 LOST AND FOUND
Sep 29, 2022 at 2:00 PM ​
In 2022 just when everyone thought things were going to be maybe okay, the widespread pandemic turned ZOMBIE. Honestly, no one was surprised at how badly things were handled at this point. This set the globe into a panic fueled by chaos! Everyone that didn't go zombie had to deal with war between countries over resources - until there were just too many zombies for established governments to even function.

Ten years later things are calmer, with most of the world dead. There's still rogue factions of assholes out there, but there are enclaves of survivors too. People are now just trying to survive and discover what happened to lost loved ones, or find a safe and stable place to live.

WHAT: This is modern "realistic" setting. No supernatural characters or real magic, please! But if it can happen in a zombie apocalypse setting, it can happen here!

WHERE: Join us in the LOST AND FOUND chat room. You'll find the link to our chats in the CHAT tab when it's time to play.

HOW: This is ACTION SETTING WITH IMPROVISATIONAL GAME MASTERING. That means the object of this roleplay is to interact with other characters, and from those interactions I will create a plot and story around you. There will be action moments, where strange events will happen and your characters will have to work together to resolve it. With this ChaRP "lol random" behaviors are discouraged -- what your character says and does will have in game consequences, so choose wisely!

Appearance: Weiwei dresses in handmade fantasy/medieval clothes or Asian-themed Steampunk; the latter especially when Steampunk accessories such as goggles or a face mask might come in handy.

Personality: Weiwei does not express emotion often. Most of the time, her facial expression says "I am not impressed." Instead, she expresses herself through her many creations. She has a certain snobbishness when it comes to what passes for aesthetics and design. So much so that she avoids normal mass-produced clothing, possessions, etc. from the former world as much as possible and tries to live in a world of her own creation (and that of other DIY/Maker types like herself). She's generally standoffish, knowing full well that people usually think she's weird.

Weiwei loves to learn new skills, especially if they involve creating needed goods and services. Skills are trade goods that no one can take away.

Ugliness: Weiwei has something akin to a mental allergy to ugliness. Just going around in an average modern city or suburb pre-Z was like having to listen to constant loud fingernails-on-chalkboard. Before everything went to crap. She fears that she may end up spending the rest of her life wearing filthy, scavenged rags of clothes that were sloppy and ugly even when they were brand new, surrounded by a world turned to broken-down walking-corpse-infested garbage in which nothing of beauty survives. She intends to stave off that fate as long as possible, even if that means her actions, choices of clothing, equipment, etc. are not entirely practical.

Turning into a zombie.

Becoming the kind of person who can kill other human beings or indifferently watch them suffer without qualms; the whole "you have to become a barbarian to survive in a hard world" thing. Also, the social equivalent: that if the Zeds don't win, human brutes will, and what's left of humanity will be thrown back into a vicious Dark Age, or worse.

Guns. She's never liked them, and they (in the hands of the wrong sort of people) are a bigger threat than the zombies. But thankfully, nobody's been making bullets for 10 years now, so there are fewer loaded guns to worry about these days...

Weiwei was born into an extremely conservative and traditionalist family. Her parents could trace their ancestry back to aristocracy in the Qing Dynasty, and they never forgave the modern world or the Chinese Communist Party for depriving them of what could have been theirs. They were also extremely displeased that the one child they were allowed under China's family planning policy was a girl rather than a boy. When Weiwei was a small child, her parents got involved with the Falon Gong movement, and were forced to flee China for the US.

When the first of her brothers was born, he became the apple of their eye; Weiwei, not so much. She had a rebellious, independent streak, and never fit in to the strict, confined role her parents' values set out for her. Instead, she left home at 16 and became something of a hippie vagabond. She worked in ecovillages and intentional communities in exchange for food and shelter, picking up useful skills along the way. Then she discovered Renaissance fairs, and became a "rennie," traveling from fair to fair, making a modest living selling costumes and crafts from a booth.

When the zombies came, Weiwei made arrangements for the troupe she was traveling with to join Dragonfly Village, an intentional community in Vermont. Though the journey was perilous, and she lost several dear friends along the way, the survivors finally found shelter. They exchanged knowledge with the people of Dragonfly Village, learning Permaculture, ecological architecture, and how to build and operate various forms of sustainable "Appropriate Technology." In return, they taught the villagers how to fight with medieval weaponry, and how to make it; one of them was a blacksmith.

Dragonfly Village was isolated enough to escape most of the chaos of the fall of civilization. The mountainous, forested terrain of Vermont's hill country was difficult for zombie hordes to move through, so they mostly followed paths of least resistance, sticking to roads, cities, and more open terrain. Though the village thrived as much as any place did in the wake of the Apocalypse, Weiwei began to fear that its extensive store of practical knowledge--as well as the wide range of scientific, philosophical, and mystical learning contained in its population and the village library--could be lost if the village was attacked by raiders or a major zombie horde.

So Weiwei decided to found an order of "Wisdom Keepers," people who would travel to other communities in order to share their knowledge, and learn what they could from the people they worked with, aiming to rebuild civilization.

Weiwei drives a Steampunk-themed Volkswagen bus that has been converted to run on wood gas. Waste heat from the wood gasifier can be used for cooking, to heat water, and provide warmth for the vehicle and her camp trailer. With the use of a heat pump, it can also provide AC in hot weather. The bus contains Weiwei's workshop and library, as well as tools and craft supplies.

While traveling, Weiwei lives in her camp trailer with her two border collies, Crow and Ziggy Stardust: 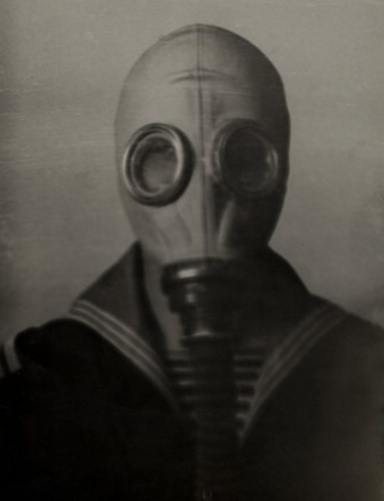 You will need to wait until the continuation is scheduled. That will happen sometime in May or later, since the GM for this Charp is taking a break for the month of April. To see how to join a Charp, you can read the info in the original post, and at the start of the Logs (click on the green word "LOGS" in the post just before yours) to get an idea of how a Charp works. You could also watch the one currently in progress, "TOKO AIDA STATION." If you click on "Chat" at the top of the page, you can talk to us in the general chat, or use "Browse Rooms" to find the room for "TOKO AIDA STATION" and watch the Charp in progress.