Original poster
Good morning, good afternoon,
So, i just arrived on this forum and I'm looking for a first roleplay. First, I'll introduce myself a bit, because some things may be important.

~ About me and my roleplay

I'm a 22 years old boy living in France. I'm not much sociable (I'm really shy) but I have no problem with OOC chat, whatever the support, and I'm rather friendly despite my shyness.
I used to roleplay a lot but stopped many years ago due to a big lack of self-confidence in my writing. Then, my last roleplay experiences where chat roleplays and I loved it more than detailled roleplay. Not that I can't write, but I love to focus more on the character and the story rather than the writing. I'm here for the roleplay, not for the writings, I don't want to write novels, I want to play characters.
Anyway, I can't write complex texts anyway : as said, I live in France and English isn't my natural language at all. French people are famous for not speaking English. I'm currently learning English on the internet but, while I'm rather experienced with random chatting on forums, I'm not experienced when it comes to write complex texts. Then, while my spelling is rather good (I use a corrector anyway), I may do grammar and syntax mistakes, and I won't use a complex phrasing or vocabulary.
To summarize, don't ask me a roleplay if you are looking for an expert writer.
But I'm really open to critique and tips, so, if you see any mistake in my posts, you can point them out, I'll be happy to learn.

In short :
• I'm not an English-speaker : I may do mistakes and can't write complex things.
• I'm not looking to write long posts.
• My activity may vary and I won't be able to reply everyday. You may have to be patient.

~ The partner I'm looking for

• I'd prefer you to be at least 16 years old. Not that I'm looking for mature roleplay, but I still prefer mature partners.
• I want someone who isn't exigent writing-wise. I can do quality characters and universes, but I definitely can't do quality writings. Also, I'm not running after post's length. I won't do long posts.
• As for your own post-length, I don't care at all. If you want to write a novel, go ahead, I'll read it. Just don't expect me to post the same. If you writes short paragraphs, this is perfect as well. And if you only write a single line, I don't care neither, as long as I have something to answer to.
• I still want you to have a correct grammar and syntax. Because I will be learning from you, then, if you do mistakes, I may learn your mistakes, thinking they are correct, and do them as well.
• I don't care whether you play a male or a female.
• I want you to understand that you are not your character, and I am not my character. If my character is rude and insulting to yours, keep in mind it's not me insulting you. They are characters, and nothing has to be taken personally.


~ The roleplays I'm looking for
I don't have any plot for the moment but I will add a few later today or tomorrow (but for now I have some homeworks to do...). Then, for now, I'll just give a list of themes :

• Species : Anything humanoid (humans, aliens, hybrids, anthros...). I'm not comfortable playing animals (unless they actually act like animals but that would be boring without humans).

• Themes :
- Modern / Slice of life : many people find it boring as hell, but this is actually my favourite genre. "Normal" humans are fascinating by their own.
- Science-fiction : I love several kind of science fiction. Mostly positronic robots, but also space-exploration, planet-colonisation, futuristic Earth (positive or negative future), end of the world....
- "Punk" things : cyberpunk, dieselpunk, solarpunk.... or maybe some others I don't know yet.
- Fantasy : not experienced at all with this but I'm willing to try it as well. Just not fond of the medieval-fantasy kind with ogres, heroes, magicians and such...
- Tribal : mostly with anthro characters, I like "tribal" things : african tribes, amerindian tribes or prehistoric settings... It may be realistic or mixed with fantasy with magicians and deities. I'd prefer to invent a tribe's religion and traditions rather than following a real one.
- Pokémon : this is the only fandom I'll be playing. Pokémon trainers, breeders, scientists, team-grunts or non-trainers living in the Pokemon world....

• Themes I won't do :
- Romance. I just don't like to plan romance and force feelings. I'm not saying my character can't fall in love with yours, but if it happens, it won't be planed.
- Sexual things. I'm ok with our characters having sex but I want to fade to black, I won't write anything about it.
- Feral animals acting like humans, like speaking wolves or this kind of things. I'm ok with anthros though.
- Fandoms I'm not into

So, I think this is long enough already. As said, I'll add some specific plots later. For now.... Is anyone interested already ?
Last edited by a moderator: Nov 30, 2015 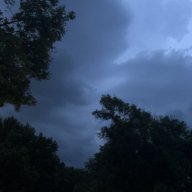 Original poster
Hello
What kind of roleplay would you like? :)
Reactions: MarilynFae

I'll PM you and we can talk on there so we don't keep blowing up your comments! :)
D

Original poster
I don't know a thing about all of the "punk" subgenres for now, but biopunk seems very interesting ! Do you have some settings or plot in mind yet?
D

Seiden said:
I don't know a thing about all of the "punk" subgenres for now, but biopunk seems very interesting ! Do you have some settings or plot in mind yet?
Click to expand...

Yes actually, if that's alright for you. Also I'm sorry for the late reply, I didn't get a notification.
Show hidden low quality content