Hi Hi! I’m RinCavalia,but you can call me Rin. I’m looking for some role play buddies! I am very flexible, but there are a few things I might be a little reluctant in,but I’ll get to those later. I’m on a lot, but if I need to be off for a while, I’ll let you know. I'm also in school and sometimes have multiple rps going on that day so I might get to the rp a little later than usual but I always reply as soon as possible.If it's super long paragraph stuff,I'll respond to it on an off hour,lunch,or when I get home,but I'll let you know. If you want to rp with one of my characters (I’m trying to add more…) let me know and we can figure something out! If I don’t have a character for the rp, I’ll make one, but sometimes I’ll base them off of your character and figure out where to go from there. I will do my best, but one thing is for sure, I don’t post in huge paragraphs too often. Okay here we go!


Preferences: (I might figure out more later)
Note! This is still W.I.P. I will add more and more plots as they come to mind.Just because a sections doesn’t have a plot doesn’t mean it’s no open.I Also choose certain plots for certain characters,but they are still open for other rps!

Ideas: (Just a few.I might come up with more later OR if there is a plot you want to role play message me and we can figure something out ^.^)


Type: MxM
Character: Mandala [Link]
Position I play: Submissive
It’s many years into the future.Earth is now a bustling hub for many new inventions,creatures,but also the need to use the Earth resources.Your character is a young man trying to earn many anyway he knows how,so he goes with a group of archeologists as a protector and a helper.The location is far from civilization,right into the heart of the oldest desert on Earth were there is a rumor of an ancient tomb filled with gold.Days go by until a large structure is found.This is the tomb the group had been looking for.Now even more days go past and no one can even open the first door,but your character knows his way around things.He finally opens the tomb and leads everyone into the depths.Not only is the tomb beautifully well kept,some thing is watching them.As they approach the main room of the tomb,everything goes wrong and your character is trapped in the tomb with no knowledge to the other’s well being.He continues, hoping to find a way out.That’s when he stumbles into a tomb with a young man resting on an alter,dressed in old clothing.Your character finds out that the boy is alive and tries to wake him.The boy doesn’t wake up though and through some miracle,most of the party got away alive and came back.They believe the boy is a key factor in understanding the tomb.Not only was he in the tomb,he has been alive for more than 500 years.Your character figures out that the boy’s name is Mandala,and he isn’t human at all.He is a sand dragon,and he tell your character that when they broke into the tomb,they let the most dangerous creature out.


Type:MxM or MxF
Character: Damianos [Link] or Quinn[Link]
Position I play: Submissive
Just when everything can’t get any worse,mythical creatures are going crazy in this medieval time.A king wants to protect their only child because they are said to be blessed by the gods themselves.Your character is this person.To protect them,the king begs for help at the dragon alter where a dragon by the name of Damianos emerges and begrudgingly decides to help the king and defend your character.While evil is trying to stop them,Damianos gets closer to understanding humans and maybe,even loving them.

With Quinn
Type:MxM
Position I play:Submissive
*Role swap is possible


Type: MxM or MxF
Character: Elazul [Link]
Position I play: Dominant
Dragons have existed,been hunted,and eventually slain,well except one.Your character meets a young man named Elazul,but it’s not the nicest meeting.Your character encounters Elazul while he’s asleep and accidently wakes him up.He’s none too pleased and he tells your character that he’s a dragon god of war and destruction and they have to make it up to him for their insolence.Elazul takes your character to his temple and he waits for your character’s payment.How will your character handle the lazy,yet,deadly dragon Elazul?


Type: MxM or MxF
Character: Dalimil [link]
Position I play: Dominant
The world has been plunged into darkness as a dark army is starting to take over the world.Your character is on the run when they meet what appears to be a demonic dragon,,but it turns out,he is an deserter.He tells your character that his name is Dalimil and get offended whenever he’s called evil.Nevertheless,he works with your character to reach the King’s army and fight against the darkness.

​
Type: MxM or MxF
Character: Keallen [link],Kyoto [link]
Position: Dominant
Keallen is a famous actor that has been in many movies and has won many awards.He’s currently in your character’s city.Some how,the two of them meet and Keallen is even more determined to get what he wants:Your character.
With Kyoto
Type: MxM
Position: Submissive


Type: MxM
Character: Angelos [link]
Position: Submissive
Angelos is a quiet young model for style magazines and other things.Your character is a photographer who really wants to be able to get some shots of this model that everyone seems to call “Heavenly”.To your character’s good luck,he finally gets a chance to photograph this young model and is stunned that there is more to him then meets the eye.

Type: MxM or MxF
Character: Teagan [link]
Position: Dominant OR Submissive
Your character is the hot new actor on the block.Teagan is also a fellow actor that has been loosing some notoriety because of your character.He wants to know how and why.He tries to get into a relationship with your character to learn all of the secrets and use them against your character,but along the way,he’s falling in love.

​
Type: MxM or MxF [prefer MxM for this plot but both work]
Character: Ario [link]
Position: To be honest,Ario does whatever Ario wants.
The Secret Society is anything but secret.They are the world’s best Hackers,Assassins,and mercenaries.These guys will do any job you give to them.At the helm of this organization in Ario Mika.Mostly an Assassin,he his known to be good at hacking as well.No one has any idea what he looks like other then the people on the inside.The governments have tried to place people inside the organization to bring it down.Those people were never heard from again. Your character is well known for their computer skills and is contacted by the Secret Society.Will your character survive in the secret society or will they lose everything.


Type: MxM
Character: Colin [link]
Position:Submissive
Colin is a you detective after your character who is a well-known criminal.Your character is interested in Colin and the two meet up completely on his terms.Even though Colin is an officer of the law,he has fallen for your character’s allure.
Plots​
The government is ruling over the people with an iron fist. A group of rebels starts up and begins the brutal,but also strategical,fight against the tyranny.​
Pretty self-explanatory .It can be that a character travels to the future or that the character from the future is brought into the past. Another thing is that a character wakes up in the future.​
A war between two sides over multiple things. This one is up for many ideas.​
Can be interpreted many different ways. You could take it as an angel calling from heaven due to a battle or have the angel fall from heaven’s graces. Or you could have it be a fallen god.​
This is kind of a reincarnation rp idea. Your character and my character were lovers in their past lives,and now they are back together,but things begin to happen to try and break them apart.
​
More to come~ Message me if you have an idea!
Reactions: RoseOtrava and Kait Kimishi

Hello! I'd bee interested in doing the could you not? Lights camera action or the secret society, with you.

Although I'll admit I've never done a libertine RP before so if you want someone with oodles of experience in that field then I may not be the best choice for you. 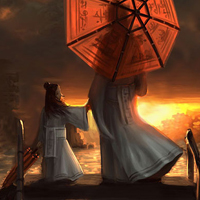 Time traveling owls are upon us.

Hello, I'd really like to do the History repeats itself one with you.

Awesome!Want to pm me and we can discuss it?

Time traveling owls are upon us.

Sent you a pm!

Awesome!Want to pm me?
S