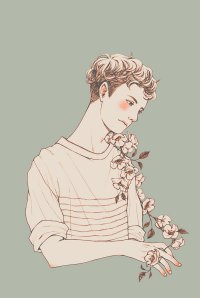 Hey ! I'm not asking for too much but I would like to join an open roleplay that catches my attention.

- Modern Fantasy
- Horror/Mystery
- Sci-fi
- Fandom-based (Mass effect, Fallout, One Punch Man, etc. But it depends how the group is structured)
- Looove triangles. Those are really fun >:)


- One liners: MY REACTION
- Mary/Gary sues piss the crap out of me.
- I prefer roleplaying with people who knows proper grammar, punctuation, spelling, and is cooperative to work with.

- If you are transphobic, homophobic, believe reverse-racism is real or just racist, ableist, sexist, a fat-shamer or skinny-shamer, a white apologist, then don't even bother asking for a roleplay because I will refuse you immediately. I don't mind people that are rude in general, but if you're going to be an ass in that area, then just leave. I'm not going to put up a fight about this.

- Tell me when you feel uncomfortable! I don't mind changing my post and will not get offended.
- I'm pretty open-minded and new to ideas.


You can check out my writing style in my past threads ! And quick warning: I'm not committed. It's a really bad habit of mine and I try to fix it, but I drop things faster than you can blink. This happen only because I get bored easily, so I'm only going to join a group roleplay that is really interesting.

Well, if you think it'll interest you enough, I have Fandomstuck, which is sort of like a mega-crossover RP, but, instead of playing canon characters, the RP focuses on the personifications of entire fandoms. So you have characters that represent the entirety of things like Doctor Who, Homestuck, etc. And you can base your fandom off of pretty much any series that you want (assuming it isn't already taken, at least). It's a bit hard to sum up in a few sentences, but, the OP has more info if you're interested.

(Oh, and about dropping out -- if it isn't too much to ask, could I at least request that you mention it to me if you do plan on dropping? There's no shame in dropping, I just want to know about it. Much easier than dealing with a silent drop-out. @_@ )
Show hidden low quality content