Looking for for fancy, Sci-fi-loving partners! 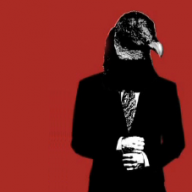 I've been having this idea in the back on my mind I've been wanting to RP for quite a while now...

A few humans in the near future, say 2070 - 2100, get chosen to be put in stasis by getting frozen in an advanced research centre. Soon their are woken up again... Or that's what they think. They woke up in a different place, much more shiny and futurist-looking... An ominous voice speaks to them, in a odd language at first... What is this voice? Where are they? What year is it?

I had in mind they may wake up thousands of years after they were put to sleep. Humanity has transcended it's physical form by now and all that remains of mankind are beings of pure energy that roam around the universe, seeking something new to discover and study.
Reactions: neptune
Show hidden low quality content