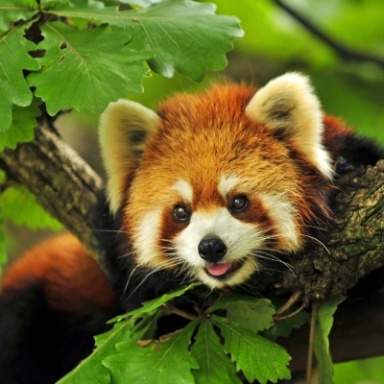 I am looking for a few partners to create some exciting stories with. I took a brief break to better manage my schedule, but I am ready to get back into it. And despite my long list of rules, I promise I am more lenient and friendly than I may seem.

1. An eccentric artist discovers his muse and drags her into a world she did not know existed. She resists at first, both to him and his ideas, but she cannot ignore the strange and exciting feelings she has experienced since she met him. The more she becomes involved with him, the more she begins to question her life and if she is following the right path.
2. Two people who are secretly desperate to experience love both sign up to be test subjects for the advertised 'love potion' that is reportedly close to being finalized. They were told the effects would be temporary, but they can't stop thinking about one another long after the one day they spent together while under the influence of the experimental product. When they meet again by chance, they wonder if their feelings are real or due to the drug.
3. A prince meets and becomes fascinated by a woman who is unlike anyone he has met. It does not take long for his fascination to turn into obsession. Driven by his desire to have her, he makes some extreme decisions that change the history of the kingdom.
4. A witch and wizard with clashing personalities are constantly competing for the top spot at their job, but what happens when they are forced to work together after being assigned the same case. Can they become an unbeatable team if they put aside their differences and combine their talents, or will their egos get in the way of their success?
5. Desperate for funds to keep his dwindling kingdom from crumbling, a King arranges a marriage between his beloved daughter and a wealthy lord surrounded by mysterious rumors. Once married, the princess begins to suspect that the rumors regarding her husband may hold some truth to them, but what the lord does not know is that she has secrets of her own.
6. When the King of Alynthia dies in a mysterious accident, his eldest daughter takes the throne as he never had a son. With enemies surrounding her kingdom, the new queen makes the decision to marry a rich and powerful man so that she can use his wealth and authority to better protect her kingdom. When she marries, she thinks her husband only wanted the title of King, and while that was true, his main objective was to get a closer look at the royal castle that has been rumored to be enchanted for centuries. During his search to discover the secrets of his new home, he unknowingly releases the magic that had been locked away for years along with the man that had been trapped with it. As the young King and Queen find themselves becoming closer as time passes, they must fight to protect their kingdom, and each other, from the human and magical forces that rally against them.
7. Tired of her life, a woman moves away to a small town in the country and buys a small farm. While living there she realizes how grueling that line of work can be, but also falls in love with the land and the people who live there.
8. A wounded man is captured by a tribe and taken prisoner when he is found stealing a horse on their land. The daughter of the chief begs to tend to his injuries, her mind full of curiosity about the foreigner and the world outside of her tribe. The injured man wishes to return to the home he misses, but the longer he is held captive the more he falls in love with the daughter and her people.
9. What started as a random one night stand, turns into a complicated and destructive relationship between two very broken people. They both have a dark past and bad habits that can't seem to shake, and a serious relationship is the last thing on either of their minds, but for some unknown reason they keep going back to each other. No matter how awful they treat one another or how angry they get, they always end up waiting on each other's doorsteps. Can they grow up and help each other out of the darkness, or will they drag each other down even further.