Hello everyone! I'm in the mood to start some new roleplays. Recently, I have been a bit busy so I haven't been able to log on to Iwaku everyday. Luckily, I'm free now and I'll be free for the next couple of days, which makes it perfect to start on some new roleplays!

Before I give my plots and pairings, I want to give a bit of my, expectations I guess? And also a bit about myself.

• My post lengths are usually about 3-7 paragraphs or I'll just try to match my partners posting length.

• I only roleplay through PM!!

• As for character sheets, I like using anime face claims, but if my partner dislikes that, I'll use real face claims.

• I can post more than twice a day, and I'm not necessarily asking for my partner to do the same, but it would be nice if you could at least post more than once, but if you can't it's totally fine!

• I really really love drama in my roleplays! So please, anything to add on to the drama would be amazing. I really don't mind anything even if you think it's going overboard.

• As for smut, I really don't mind having it in the roleplays, as long as we follow the rules and guidelines and as long as there's more plot over smut!

• I expect no one liners! Please!

• If you are going to take more than 3 days to reply, please let me know so I won't think the roleplay is dead.

• I expect decent grammar. I don't mind if you have "okay" grammar because my grammar isn't always perfect, though I ask that I can always understand what you're saying.

• I expect you to ask me any questions if you really need to! I don't bite and I'm not mean at all! So ask about anything, at anytime!


That's about it, so let's get to my plots and pairings!!


Pairings:
(The ones highlighted in red are the characters that I want to play and the pairings with 3 stars next to them are the pairings that I really want to roleplay. Also, the ones that are the same color means I don't mind playing any character.)

Now for the plots!! Three stars next to them means I really want to do them!


Childhood Friends Reunited: ***
YC and MC grew up together and they always stook together through thick and thin. They were as close as two friends could possibly be. They knew everything about each other, did everything together and their families were also very close. When the two were already 13, YC's parent gets a job promotion, causing them to move out of the state. It was all so sudden and YC's family moved out of nowhere, not saying goodbye to anyone and leaving everything behind. MC was extremely sad and basically heartbroken, especially because YC left without saying goodbye. MC began undergoing many changes. His positive and outgoing attitude was the only thing that stayed the same. He became extremely popular, even though back when he was young, he didn't have many friends. He ended up becoming a huge player boy, dating girls and dumping them out of nowhere,using girls just for fun and even cheating on his girlfriends. When he was already a senior, a few months into school, a new girl transferred to his school. This new girl happened to be YC and she moved back because her family missed their hometown and it was her last year of school, so they decided it was the perfect time to go back. MC and YC ended up bumping into each other and the rest of their story will be up to us.


Surprising Fate: ***
YC and MC are both students at a highschool. They are in the same classes and they are well known around the school. Though the two of them have a very odd secret. They are both entirely different people at school and at home. MC is a very shy and quiet guy at school. His looks make him seem as if he's extremely smart and he's always really into his studies at school. Though outside of school, he dresses very out there and he even has tattoos and piercings in places that aren't noticeable under his school clothes. One day, when both YC and MC are walking down the streets, they think that they won't be seen by anyone at school, but surprisingly they are seen by each other. They are both pretty shocked and now they know each other's secrets. The rest is up to us.
(Basically it's your decision on how you want YC to be outside of school. It can be with looks or with personality that your character is different. It's all up to you! Have fun d: )


Love is hard:
YC and MC used to be extremely close when they were kids. One day, things take a turn of the worst. Something bad happens to YC and it causes her to change completely, pushing everyone out and wanting everyone to leave her alone. YC and MC split up as friends and they stop talking to each for a couple of years, mostly because YC even decided to switch schools. During their senior year, YC is forced to switch back to her old school and is basically re-united with MC. They see each other for the first time in years, and MC is completely different from the last time they met. MC is now quiet and he keeps to himself. He is even considered a bit of a douche to some people because of how he acts around everyone. Now that YC has taken time away from everything, she's changed too. She turned back into the way she used to be and she wants to try and apologize to MC, but when she does, he just tries to make her feel bad. YC does not give up though and she keeps trying to talk to MC and she wants to save him from himself.
(Our characters basically switched roles! It's up to you as to why your character changed drastically!)


Neighbors: ***
In the larger cities, students are usually switched around schools depending on their grades. Both MC and YC end up getting switched to the same school, though they both come from different schools. On the first day of school, YC and MC bump into each other, and due to the fact that one of them is pretty mean and hot headed, the other one ends up getting told off. They are now on bad terms with each other and they basically dislike each other completely. After school, MC begins walking back to their apartment and when they get to the apartment complex, they walk up to their place, only to see YC trying to unlock the door to the apartment right next to MC's apartment. The both of them gasp and their jaws drop. They are furious at the fact that they're neighbors and the rest is up to us.
( You can pick if you want to be the hotheaded and mean one of if you want to be the other one that gets told off.)


Fame Isn't Everything:
MC happens to be the lead singer of a pretty popular band, but for right now they are deciding to stay and live in a big city so they can just do small gigs in random places around the city. MC and his band want to be low key and quiet, so they find a nice apartment building that happens to be very empty and quiet. They sign in and each of them get their own apartment. The landlord is about the same age as all of them and they all become pretty good friends. The landlord tells them that they haven't had people stay in their apartment building for a long time, mostly because the location is in a very quiet part of the city. The band stays there for a couple of days and the landlord tells them that a person is going to start staying at the apartment building for a while now. The band is a bit scared as they don't want people to find out that they're staying there because it can cause a mob of people and they really only want peace and quiet. That same day, MC goes down to the main lobby to speak to the landlord when he sees YC talking to the landlord already. MC and YC make eye contact and MC and the landlord expect YC to scream and shout at the fact that there's a celebrity right in front of them, but YC does the exact opposite. It turns out that YC has never even heard of MC's band. MC is a bit relieved and they become friends. The rest is up to us.


Those are all the plots I have for now! I also don't mind doing more than one plot with one person. Each plot is meant for both MxF, MxM and FxF, even though I used he and she pronouns. If you want to change certain things in any plot, all you have to do is talk to me about it! I am open to many ideas and I would love to hear yours! PM me for more info!

Hi there , I'm Shay! First off love all the ideas! I'm really interested in Childhood Friends Reunited , Love is Hard , Fame isn't Everything... Made it hard to choose between these three for sure.. Feel free to PM me ! :)

Hi!! I'd be interested in the Player & Hard to Get, Neighbors Roleplay and Surprising Fate, sounds fun! ;)
Reactions: Bcwhynot

I am definitely interested in a roleplay with you!
I'm really drawn to PopularxShy, Childhood Friends Reunited, and Fame Isn't Everything.
Reactions: Bcwhynot
P

Interesting plots! The ones that I'm most interested in are Childhood Friends Reunited, Neighbors, or Fame Isn't Everything, if you're still wanting more partners. :3
Reactions: Bcwhynot
S

Hello, I'm new to the site and decided to browse interest checks. Your post caught my attention because its clean and easy to follow. Role playing is new to me, but writing has been a hobby of mine for years. Collaborative writing sounds like good practice. If you don't mind a newbie, I'm interested in pursuing these ideas: "Royalty x Poor Person" scenario, or "Surprising Fate." Is the later based on Horimiya, by any chance? I'm open to additional plot/pairing ideas if you are still searching for partners.
J

I love your Neighbors and Fame Isn't Everything plots. If you're still looking or interested just PM me ^^
K

Hey, I liked ur plots , especially the Childhood Friends Reunited and the Surprising Fate. I'd really like to participate in one of them, so if ur interested PM me. (i also think for both of them the Playerx Hard to Get characters would fit in nice.) ^^ 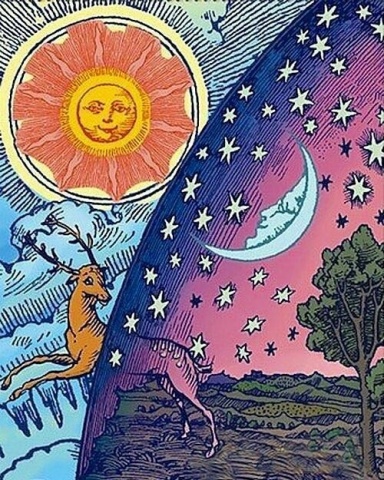 Hey there! I just got back on, so ignore the grey title, but I'm interested in a few of your pairings/ideas and I would love to roleplay if you're still looking.

Childhood Friends Reunited sounds very promising as well (: The Player x Hard to get or In The Closet x Out Of Closet pairings could even be mashed into this one. (:
Show hidden low quality content