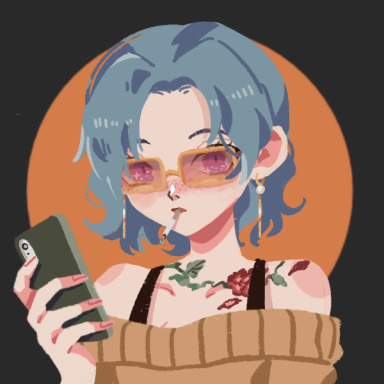 I'm happy to see you found your way to my post. Welcome!! I'm looking for a FxF (or even FxNB) pairing to help flesh out this fantasy world I have created.

A few things about me:

According to the ancient scriptures of the Goddess Aizeld, creator of all things, elves are the children of the land, made from the tears of the great Senian Sea and the molten rock of Cryoft’s Cliffs. Passed through their blood is a special affinity for all things nature. Impossible bonds have formed between beast and elf. It’s been noted that trees and plants may bend and sway at one’s will, and crops can triple in bounty when cultivated by an elf. Throughout time, though, less elves have been born with a strong affinity of harnessing the power that comes from the very soul of nature. Many today no longer carry the ability, and most elves that do have the connection do not have as strong a bond as their ancestors did.

Humans, on the other hand, are written in history as the children of the skies. Created from a falling star that broke the heavens, the humans grew an affinity with the three little moons high above: Vira, Kindra, and Tello. Each of the little moons are named after the three great heroes from The Beginning, when the world was infested with semi-sentient monsters. These three banded together to purify the land, each with their own strengths.

Kindra guided the group through the lands by listening to the whispers of the wind, which in turn gifted her children and those with a connection to the moon an affinity to hear many things others can’t— secrets of others, where safe havens reside, the location of fresh water. Tello protected the group from the threats that terrorized them. It’s said that when Kindra fell to the fighting, Tello gasped a great breath of air, one so full of raw emotion it caused her chest to glow like the embers of a fire. When she released that breath, a wave of flames expelled from her body, eradicating the terrors before them. Her children were given the gift of harnessing fire to protect their loved ones. Not many have had the same fire breathing ability, but it is common to control and grow fire from few embers. Finally, when Vira saw her fallen companion she ran to her aid. In her hurry, Vira tripped and fell on a rock, slicing her arm open. Through her moments of grief, she hardly realized her blood had healed the wounds of Kindra until she had locked Vira in an embrace. Through this final gift, Vira’s children were dubbed the healers— those who can knit together the seams in people through the blood of others.

For centuries, the elves have been enslaved by the humans. Within the last century, though, Empress Ryha of the Elven clan rose to power among her peers and pushed the humans back with finality, or so it seemed. No longer would her people be used as slaves, be kept as pets, or suffer the scrutiny under the human’s reign now that there are no humans left to oppress them. Despite the economic advantage enslaving the humans would give to Lady Ryha’s newfound country, she opted against it understanding that one day the humans would rebel just as she and her ancestors had done. Mass slavery as a whole is nonexistent, yet there are rumors of high-class citizens keeping personal humans as pets, isolated and locked away for the entirety of their lives. For now, the Empress and her people live in peace, enjoying the fruits of their labor.

Humans have now recessed to isolated areas of the country, as well as below the ground, and other hiding places still kept secret from the monarchy ruling over the land. The Underground, a seemingly endless system of caves below the small mountain range of Virside Peaks, has been a safe harbor for humans. Generations have thrived underneath the crust of the world, allowing the development of a society not entirely made up of humans to form. Here, The Remnants have been active since the first settlement of sentient beings discovered the land. As a peaceful rebellion, they strive to unite the two races and cease the constant battle. There are rumors of elven deserters and traitors conspiring with the group, yet The Remnants is not a well known group among the populace of the surface.

Meanwhile, another rebellion on the surface utilizes more radical tactics, attacking elven farming villages and setting fire to the land. Their goal is to fight back, motivated from the unrest from the genocidal actions of the elves, unrest from the sickness and famine running rampant, unrest of being powerless now that barely anyone has any affiliation to the moons. They want nothing more than to watch the elven empire fall once again.
1. Muse A is an elf who just wants to live a quiet, peaceful life after serving under the Empress. Muse B is a human part of the newfound rebellion. When Muse A is kidnapped by Muse B/Muse B’s group, whether by accident or targeted, for extraction of eleven information and militant tactics, Muse A must make the choice. Will they keep quiet and maintain the genocide committed against the humans, or will they turn against their own kind to help these people in need?

2. Muse A and B decide to journey together, despite their races, to try and solve the mystery of why there are minimal people gifted with abilities.

3. Muse A is half elf, half human. In this war, they are caught in the middle. With a foot on both sides of the line, which side will they choose in the end? Who do they identify with? Muse B is an elf, except they don't have an affinity for nature like the other gifted elves. Instead, they have an affinity toward one of the moons, like humans do. When Muse A and B realize they're in similar neutral positions, what will they do? Will they go on a journey to find answers of who they are? Will they try to stop the fighting among the two races? Or are these two fighting a losing battle?
Last edited: Jun 8, 2022

HI! I'm coming back after a long hiatus of tabletop RPing and now i find myself with a lot of time and so many cravings... I used to write like 2 or 3 paragraphs but now i think i'll just take it easy and write whatever comes up... But you know, if we get more and more exited paragraphs will start to flow on their own.
I'm looking for someone to RP something interesting, with action and romance maybe, in an original setting but mixing things we might like from other universes as we see fit. Most important of all, for me, is that we can have a several answers a day rythm. Less than that and i get bored, lose momentum and start losing my grip in the RP.

I'm looking for games and also for making friends, so i loved your outlook on chatting OOC and everything, i'd love to play videogames together and i'm super invested in chatting everyday as my work is super relaxed and doesn't give me much to do.

There are four clans inside a tribe: the gorilla clan, the rinoceros clan, the pecker clan and the snake clan. THey all live in semi-harmony and are conected to their totems, these animals, with who they share everything.
Every Clan has a specific function in the society:

Pecker: the Pecker clan is the clan of shamans, clerics and mages. They heal and protect the others.

Rinoceros: they are the common people: farmers, craftsman, little people that live one day at a time. Most of them take up arms when they need to protect their families.

Snake: creators, artists, messengers, people that lives with hapiness and creativity and face life with a different view. They are aldo renowned rogues, spys and assasins.

Gorilla: the gorilla clan are fighters, guardians and leaders. They protect the holly city of Abombwe, and the other people on their midst. The gorilla clan has developed a new kind of martial art they use in couples with the gorillas.

Abombwe: a city in a valley walled with two huge walls. It is used to hold against any siege (like the Helm's keep)

The idea i had was that maybe the gnolls start pushing them in organized waves and start taking part of their territories so from then on they gotta start facing them to recover their lands. I got a little else planned for the RP but, maybe you can add to it.

If you want more about gnolls: In the Dungeons & Dragons fantasy role-playing game, gnolls greatly resemble humanoid hyenas. They are usually between seven and eight feet tall, weighing around 250 to 320 pounds, and use armor made of horn, metal, or leather. Gnolls are generally depicted in the game world as feral nomads who kill and pillage without warning. Their whole bodies are covered in reddish-brown fur which becomes shorter as it surrounds their faces and clawed hands to reveal grey colored skin. Their pelts vary from mono-colored to spotted and their eyes are either yellow or black.
Click to expand...

I think we can take this idea of yours and add something of this african vibe, use your plot ideas and make a big mixing pot of fantasy settings <3