So I got back on this site again, after disappearing again.

I need one or two more partners with a semi focus on libertine roleplay's.

This is my first time posting on the libertine so here is a lil intro - I am King! I'm an experienced RPer who prefers their RP dark and gritty, focused on males when it comes to smut. I love writing me some sex scenes, but only with a strong plot.

The themes will most definitely be dark and angsty! If you can't deal with some themes like gore, horror, dubcon and torture, this may not be for you!

I can play dominant, submissive and switch characters!

Limits - I will not do pedophilia, scat or watersports.

Requirements:
+ Please be considerate - I am still slow at replies. So My replies can take up to a week to get through, sometimes each day. Sometimes I just won't be able to get my writers block broken, sometimes I have no time. But I promise, I'm interested! If it's been more than a week, give me a knock!
+ I like some good paragraphs. Gimme 2-6 and I'm good.
+ No anime plz.
+ please PLEASE tell me your limits!
+ Read my resume, it's useful!

Psychiatrist x Patient
Suffering with Giovanni Mirror Disorder, Character A has to see his Psychiatrist multiple times a week to keep him on the rails. But as his medication stops working, Character A begins to mirror Character B, his psychiatrist. The more he sees of A, the more B is enticed. However, the complex disorder shows B's true colours. Are they forming a relationship or is one controlling the other?

Dancer x Dancer
Character A is a flamboyant latin dancer with an eye for handsome men. Character B is a strong, silent ballroom dancer with problems with his own sexuality. The two manage to end up without their usual female partner and decide to do the unthinkable in a ballroom competition - Dance as a male male couple. With the judges against them, and a sexuality complex, the two must come together to explode the dance floor with the best dances yet.

Priest x Demon
Character A is a demon bound to earth to terrorize human life, but has put his own twist on his purpose. He messes with church men. Character B is a priest, struggling with his sexuality and struggling to keep his church's spirit alive. B becomes the main interest of A, who decides on terrorizing B in the worst way possible for the priest.

Drag Queen x New Drag Queen
Drag culture has taken over the streets of the city Redcastle. Character A seasoned Queen dominates the clubs and is known as the best of the best. Character B is a up and coming hot act, who is challenging A's crown. As the two work in close quarters, an odd chemistry bubbles between the two rivals.

The weird kid x Jock
Character A is a football star, and one with the ladies. His neighbour is quite the opposite. Character B is an oddball, who always has a weird aura about him. It makes it worse as both of their parents are closer than ever, forcing A and B into time together. A begins to find B interesting, but the closer he gets, the quicker he realizes that B isn't just an oddball...

Teacher x Blackmailing student
Character A is a teacher who acts like he's one of the students. He gets along with each and every pupil the school throws at him. Character B is a wicked kid with a knack for trouble. When he finds out some of A's deepest secrets, he threatens to expose him, unless he does what he says. And of course A obeys...

TWD (Season 3/4) - Daryl x Rick x Shane
(We both play Shane when one of us is interacting with the other)
After Lori's death, Rick used Daryl as his float in his despair. But as they grow closer, Rick unearths something he's never felt for a man before. However, as he confides in his best friend, Shane - Who still hasn't told him about his feelings for Lori - But Shane does not understand. In fact, as he watches his best friend get close to the redneck, Shane feels jealously bubble inside him.

Dexter (Season 3/4) - Dexter x Male OC
What happens when Dexter's secrets are discovered by the new detective in the metro? Well of course, Dexter goes to kill him. But as Dexter gets closer, he discovers the new detective isn't all too different to Dexter. In fact, he has a code. A code very, very similar to his... But who taught him such a thing?

Gotham - Oswald x Male OC
The penguin thinks he can become the biggest criminal in Gotham, but another power is rising. Except this power is somebody he knew back in the day. In fact, it was somebody who made his life very hard, the school bully. Will time repeat itself? Or will Oswald get his revenge?

Sherlock - Moriarty x Whoever you want!

Ooh awesome! PM me when you get the chance man c:
Reactions: Stitches 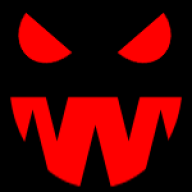