Myrdyn has a mighty big hammer
A

Original poster
Dude, a whole crapload of lizardfolk just tried to KILL HIM. Ain't gonna be nothin so pleasant.
B

Original poster
Actually, the lizardfolk aren't bandits - all they attacked was that town. Not people passing through the swamp.
T

Original poster
Most lizardfolk serve under various dragon masters. In Noise's case, that dragon master just happens to be Bahamut.

Now, as for Background, do you want both Pre- and Post-Apocalypse, or just Post?
W

Original poster
like i said, gnoll with a big arse hammer.

at present i ahve unposted stuff regarding him following the two girsl at a distance, dunno why, its too fuckin hot to think down here.
N

Original poster
Book Of Exalted Deeds also has those poisons that are like poisons, except they're good.

Ricarten said:
I can already tell you that Rhidel will probably try to kill you on sight...he ain't fond of lizardfolk at the moment.
Click to expand...

Yes...On sight...That is, assuming of course, that you can actually SEE him. If he hides all the time, good luck finding him.
B

Original poster
Ok. I'll have that up later tonight.
K 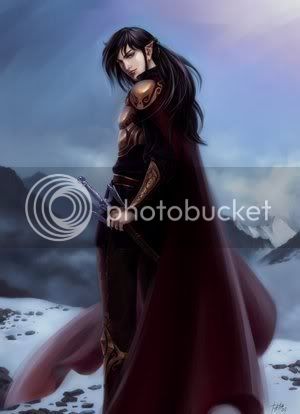 This character also has 1 ranks in Speak Languages.
The owl confers +3 on spot checks in dimly-lit conditions.
If the familiar is within reach, +2 on spot and listen ("alertness").

Original poster
You wouldn't be able to use a LA+3 race, and if he was a second level wizard, he would have 8 HP, not five. But again, no LA+3 races, so...
W

Original poster
...whats with the one sentance posts? they're killing my mojo.

then again, i made such posts myself once upon a time.
and recently.....
A

Original poster
I have never, in my life, made one sentence posts. Not in an RP, at any rate. (the obvious exception being chat roleplay)
B

Original poster
Looks good, Kitti (though you really do have 8 HP rather than 5, and you should probably put down your spells known/prepared). Feel free to come in whenever you please!

Also, mostly so I don't have to look far for it later, have this:

Some Famous Places in the Western Continent that EVERYONE has heard of:

Anachronost: The Western Continent's capital, where the Ten High Kings rule. Discarding magic for the more-reliable Science, this city of wonders is extraordinary in it's size... though is known to have a strange odor about it, and the presence of a great deal of 'black air' prevents all but the most skilled of magic-users from using magic!

Winterholme: The most northern city on the continent, covered constantly in cold winter. The light of the city's flames is a welcome sight to those traveling the wilderness. It is ruled by a silver dragon couple, and it is the only place on the continent to commit shrines and temples to the dragon gods, along with Bahamut.

Ahj-antal Temple: More of a city than a temple, this desert town is ruled by an enclave of merchants. The city itself is named for it's architecture, and the fact that it is a settled upon an abandoned ancient city. For it's... practical use of undead (using the dead as cheap labor), it is also called the Necropolis City.

The Grand Mirror: A legendary lake, which once had a village nearby, until druids from all over the western continent converged and forced them all out, returning the village down to a natural state. The reason being that the lake is a sacred site - and it's waters give the drinker the ability to see one future event...

Oblivion: This cave in a mountain range near Anachronost is as mysterious as it is ominous. The corpses of thousands of powerful creatures surround it, and it is because of this that no one has had the courage to enter. The corpses of even creatures who go back to their original plane upon death - outsiders - are found, preserved and clear. Attempts to raise or revive the corpses have all failed.

Starheart City: More of a legend that everyone has heard of, Starheart is said to be a city high up in the mountains. The legendary part of it is that the entire population of it is of dangerous monsters... that are no longer dangerous. It is said they shred their monstrous tendency. It is, of course, only legend - as if they were peaceful, why wouldn't they bring themselves to live with people?

Sanctuary of the Gods: More impressive a title than the reality, this area is in a state of constant civil war. The reason? The 'Sanctuary' is made up of a temple to every single deity from every continent. Originally part of a deal made to promote peace throughout the various gods, it degenerated into an all-out war between every single one of them. There are no allies - only much bloodshed.

Original poster
Rhidel is...strangely articulate...tonight. It perplexes me. I'll probably have to go back through and make him less....erudite.
N

Original poster
So I can assume that shaping the soulmelds takes the same amount of time, but unshaping them can be done instantly?
B

Original poster
Yes, you can assume that, Archy.
N

Original poster
So yeah, some of us need to take leadership. Lothar can go down the maddening path of having his cohorts take other leadership feats.

This is so we can take the WILD BARBARIC NORTHLANDS and make them a harmonious ordered society.

Also it would mean we eventually rule the northern chunk of an entire continent. And that's an opprotunity that should be taken.
D