Setting​
There is a land, a strange and magical land that is completely detached from the world and floats in the middle of the air. The only way to get onto that land is via flight. Humans and other non flying beings have come there over time, but the majority of inhabitants are beings with wings. Angels, demons, harpies, dragons, tengu, various types of hybrid species, and many more.

This land is called the Land, and its capital city is named the Capital. It is ruled by a single angelic household, currently a widowed Queen.
All that have come here over time have called this place warm and peaceful.
But is this place really as peaceful as it seems?
This RP will take place in the Capital. In this RP you'll be able to venture in all kinds of directions character wise. Be it just a citizen of the Land, or perhaps even the current General of the army, or royal physician.

The goal of this RP is to: Have fun, explore the land, and quite possibly find out that this land is more dangerous than first meets the eye.

Since I have a few confirmations via PM that there's an interest in a roleplay like this, I'll be setting it up soon.
If you're interested as well, just comment here so I can make sure you get the link when it's actually up and running ^-^ 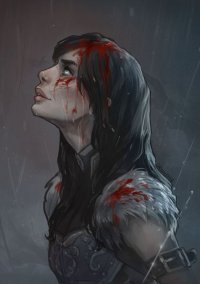 That's great to hear.
Is there anything I could do that might help take the doubt away?
L

It'll likely be up by tomorrow. Didn't come around to actually post it today, and now I really need some sleep hehe.
Thank you for your interest :)
Reactions: 1 person
M

Thank you for the interest, I hope to have the sign up thread up and running in a few hours.
F

Sounds super interesting, I'd be in if you'd have me

Welcome to the site. It would be lovely to have you :)
Reactions: Forianna
F

Olissa said:
Welcome to the site. It would be lovely to have you :)
Click to expand...

Ahhh thanks! Stoked to get writting! I'm a little rusty, but I'm sure I'll get back in the swing of things in no time :)

This RP wont be too high maintenance. Well, unless everyone makes it that way haha. So you should be just fine to get back in the swing of things.

The OOC/Sign up is ready, hope to see you dropping by there!
Land of Wings
Reactions: Michelle the Editor
Show hidden low quality content