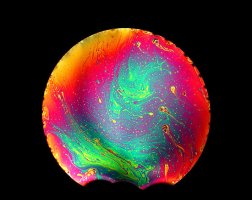 My hero. ​
Hi there! Name's Ragamoofin and I've got a weird craving I wanna get into. I'm interested in playing the damsel to your hero, the one who needs saving and not the one who does the saving. Now, here's what I'm dying to see: seen-it-all, done-it-all, powerful and grizzled badasses getting stuck with younger, naive rookies-in-badassery under their charge. Bonus points if the rookie is deceptively strong but doesn't look it. It's a dynamic I love and never see enough of, so I'm going on a search!

I'm looking for utterly brutal, preferably superpowered/enhanced, death on two legs in my badass; bonus points if the badass is merciless in their protection of the rookie, keeping them safe even if they emerge soaked in other people's blood. I do ask that the badass have a genuine soft spot for the rookie, and despite all their tough love and sarcasm, would hack through legions to clear a path for them.

Wanna be the big hero? I'm game to be the night to your day; spotlight's yours! I'm a fairly competent GM, so I'm sure I can keep up with your badass's feats and keep things entertaining!

Got something more sinister in mind? Cool with me! All manners of eldritch posession, sealed ancient forces and vengeful gods is top notch for me! As long they act as a brutal guardian, it's good!

Have something else in mind? Wanna give an idea a whirl? Hit me up! PMs are welcomed.

Up for the challenge but nothing coming to mind? No worries, I've got you on all sorts of plots~!

In the aftermath of a war that nearly wiped out life on Earth, a pursued scavenger happens upon the ruins of an ancient god that begins communicating with the scavenger. The god offers them a deal: act as their vessel and never have to worry about surviving again. With their hunters on their heels, the scavenger takes the deal and becomes host to the god.[/tab]

The Horizon was a fine vessel, and with her crew sailing her through space, peace was made commonplace through the stars. Then came the day that peace would be forever broken. On a mission to assist in the capture of a known fugitive, the captain of the Horizon was fatally wounded during the final confrontation. The fugitive was apprehended, but the captain passed from the extent of her injuries. Leaving a daughter in her passing, the Horizon's crew raise her, and many years later, it's time for her first mission. Under the watchful eye of her mother's old partner, she quickly finds herself in trouble on another world. [/tab]

Born from the efforts of trying to harness the psychic potential of the mind, an esper's gifts find her among the few chosen to be living weapons. As she grows older, the power of her mind only grows stronger. Finally selected to go into the field, the esper is assigned to work under a legendary esper: The Hivemind.[/tab] 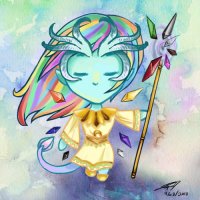 I like the idea, feel free to hit me up, and we'll discuss characters. Leaning towards hivemind or Smoke.

Roleplaying since the 90's