Name: Rinlem
Age: 580
Sex: Male
Race: Lich
Orientation: Heterosexual
Occupation: Scholar, Vigilante, occasionally merchant
Personality: Curious, careful and preferring to spend a moment to observe before rushing into action, Rinlem is the type of person who prefers to use his cunning and magic before using anything else. His proficiency with magic have made been prideful, although he tries not to let his pride get the best of him.
History:
In life Rinlem was born with poor health, and had to spend most of his youth indoors. It was during his childhood that his parents quickly found out their son had a knack for learning and reading. His magical aptitude was discovered in mid-childhood after he sneaked into his parents library and tried practicing some of the spells that he got from his mother's spellbooks. Despite their irritation at him breaking the rules that were set for him they decided that maybe schooling him in the arcane. Within a decade the young elf was able to use lesser types of magic with some ease. During this decade he had also found work as an assistant in his mother's alchemy shop, and used some of the money he made to buy other books and items to further his studying.

When he became an adult his town became infested with strange vermin, bringing abnormal diseases and other maladies along with them. Whether it happened because of someone cursing the town by just sheer misfortune was unknown, but something had to be done. Rinlem assisted the town healer and many of the other folks during this time. Weeks went by and little progress was made. Soon Rinlem himself finally started showing the symptoms. With his aching joints, draining strength, and lesions appearing on parts of him he knew his time would be very short. As a last ditch effort he delved into necromantic arts to unnaturally extend his life so he could try to finish his research. He learned a lot during all his research, namely that these vermin and disease wasn't natural and was likely made by another mage.

However, once word started to spread about what Rinlem was doing the townsfolk were unsettled by what he was doing, even if it was for a good cause. As Rinlem was forced to escape from his burning home he knew he would never be welcome there again. Even thought it has been three hundred since then the lich has no intention on going back. Not until he found the person responsible for the mess his town was put in. His desire for payback has caused him to become a vigilante, believing that if he hunts enough of these vile creatures he'll one day run into that special person he's looking for.

If he is not out on the prowl to hunt down evil Rinlem is often either out seeking something to further his own ends whether it be tomes to learn from or some plant/other alchemical ingredient for a potion or poison he has in mind, or in the small cave system he uses as his living space. Every now and then he is known to take some of the things he has created and sell or trade them to the right people. Some of the sharper people he has been buying and trading with have noticed he's been collecting a lot spellbooks and scrolls lately... 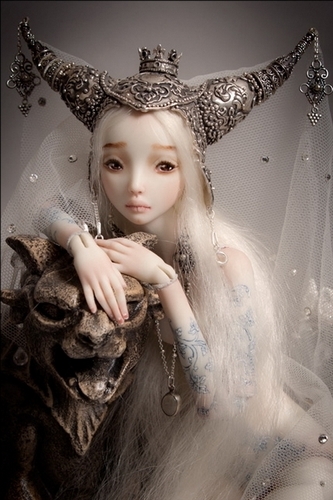 Personality: Very polish, fragile, and quiet. With her hollow eyes she seems to be a person that has gone through many misfortunes in her life. No on knows of her tale when ever some one ask she keep it ambiguous. She get's very distant from children like she is terrified of them.

History: Oda was a body guard for the fae princess (Rozalia) all her life. She loved and respected her. When it came time for the princess to find a mate. The princess everyone respected change once she said "I do". She became solicitous over him. His beauty easily made everyone in love with him. He also had a past of being a womanizer. He was known for his looks and performance. A true sex icon of the land. She lose trust in every one even in the her king. This caused their relationship to be constantly intense.

He turns to Oda for comfort. She still respected her queen so she tries to avoid him. In doing this he became even more persistent. She eventually cave in and became his friend. Slowly they became lovers and had a love affair that lasted one hundred years. That all ended once she became pregnant. Which is a horrible thing that can happen to The Queen Maiden (Oda postion) in their way of life they must be pure and professional to represent their land. The queen discovers Oda's secret from an anonymous source. The king denied it was his and then claimed Oda poisoned him and raped him after the the queen threated to take his life.

He could fool almost anyone but not that one he married.He is the one she trust the least, so she laid a cure on him to alter his looks. Taking his title (King, and the Father of the child) away from him and made him the nanny of the child. Oda is still her guardian maiden but she has to wear a headdress made out of silver that represents her filth and betrayal to her land. Also to made sure that Oda was going no where any time soon she hexes her so that she can not kill herself. Fifty seven year later an unepected invasion happen that nealy wiped out Oda's land. She was part of the few who survived, but her child that she was involuntary watched from a far died in the primitive strike.
Show hidden low quality content