Original poster
So~ had this idea for Kingdom Hearts-esque rp, with a bit of Alternate Universe thing going on :P Should I make one or both? 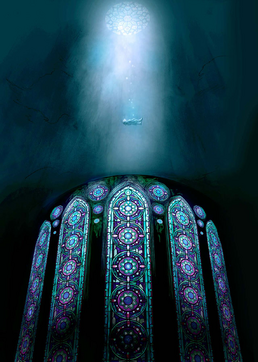 The worlds have been at peace for countless years. Until an unfortunate number events brought forth by a young keyblade wielding apprentice, who unwittingly unleashes the darkness that is slowly, but surely spreading throughout the worlds.

No txt chat while Rping, keep it in OOC

No rping as characters from the games, ie Sora, Riku, Kairi, Namine, Roxas, Axel, Xion, Terra ect… This rp is set in an “Alternate Universe-ish” setting, use your own original characters.
Use Disney and Final Fantasy characters as minor characters (and I do mean VERY minor, like of the uberest of minor) they will be NPC only.

Please don’t ship your character with a character canon to the KH games, whether they be from Disney, Final Fantasy, or Characters created by Tetsuya Nomura such as Sora, Kiari Riku ect… (this rp maybe a bit fanficy, but it’s not THAT kind of fanficy.)

No Nobody characters (yet >:D)

You may create non-keyblade wielder characters; Such as characters that live the different worlds, but please make the characters that fit with in the world’s narrative. In other words, don’t make a character from The Lion King World, aka “Pridelands World” and have them be a unicorn ._. . Just as an example.

You may use canon keyblades (But not the X Blade :P)

Drive Forms are allowed (with limitations)

Only wielders of darkness may control the heartless

Please type above your post where you character is

Drive Forms: Drive Forms are tricky to learn for the inexperienced keyblade apprentice. They take a lot of energy (to the point that when the Drive limit is up the user can pass out from exhaustion) and use up most of the user’s magic. It be wise to only use Drive when necessary and at a very short time. Drives, as said before, have a limit, the longest being ten minutes but this is only if one is highly trained and skilled in using drives.

Shadow Drive Form: Also known as Shadow Form or Shadow Shift. This is the most dangerous and most notorious of forms. The darkness that lays beneath the heart of the user will envelope said user in black, wispy substance, granting them the powers of darkness. The user will become animalistic and feral. If one’s conscious does not stay strong and the body stays in the Shadow Shift for a prolonged period fo time, the user may remain in this form forever.

Keyblade Master: A master of the keyblade. Masters are given the task to travel throughout the worlds to ensure that they are kept secret from one another, and above all, safe.

Mentor: A keyblade master who has been given the honor to be a teacher to young keyblade masters to-be. They are the leaders and elders of the keyblade wielders, maintaining balance between light and darkness.

The Code of the Key Wielders

No wielder of light is to use to Shadow Drive. In doing so there will be punishment.

No outsider, unless they are a wielder of a keyblade, is to know about the other worlds.

Never use your powers for evil, only good and to serve the worlds as well as your brother and sister Key wielders

Thousands of years ago, the lands were ruled by the Brutum. Beast-like creatures that wreaked havoc on the humans, elves and fae. However, not all brutum were so cruel, some, where kind and treated other beings that were not of their own kin with respect. One in particular, Asintierus, a rare Sol Brutum, befriended a man named, Heradis. The two no longer wished to see the suffering of others and gathered a small group of like minded humans, brutum, elves and fae to fight alongside each other to overthrow the terrorizing beasts. Word spread of the rebel’s cause and soon the army grew, defeating the evil brutum overlords. Thus the Kingdom of Asintier was born and the other three kingdoms created soon after, there was peace throughout the lands for thousands of years, for now.


List of Beast Species, Humans, Elves, Fae and some Asintierian Lingo Info
​
Brutum: Brutum (also known as Beasts) are hybrid-like creatures that are bless (cursed depending on who you ask) with the powers of the elements who live alongside the humans and elves, or the wilds of Asintier, Unsula, Lorrei, and Nebua. Some beasts can fly, others cannot and can look like almost any sort of combination of creature. There is a limit to these terrifying and majestic creatures, they and only control and manipulate one element, with the exception of Sol and Luna beasts. Brutum have the ability to shape shift to an anthropomorphic of human-like form.

Familiar: a tamed beast that is owned by a human, elf, or fae (Familiars basically seen as pets)

Tribe: A group of beasts

Humans: The most common species seen in all four kingdoms compared to elves and fae. They are not born with magic, unlike fae and elves, but can learn it. Though they are not fast learners like the fae and elves, they can still become powerful, some of the best known wizards and witches were humans.

Elves: Like their fae cousins, they are gifted with magic, the moment they are born. Elves aren’t known to be strong physically, but intellectually.

Fae: Fae are not the small, bug-like creature what children’s stories tell. They range the same size and height as the humans and elves. Like elves and beasts, they are naturally blessed with magic, but unlike the elves they are closer to nature and have the ability to speak to and with mundane animals and have ability to fly with their wings, which are claimed to be the pride and joy to all faes. A wingless fae, is a cursed fae, or so the saying goes. A fae’s wings come in all varieties, from that to a wings of a bird, bug or bat.

The Rankings of a Tribe: all beast tribes have rankings, much similar to that of a mundane wolf pack. Alphas are the leaders, Betas are the second commands, Gammas are the hunters and fighters, Omegas are the lowest rank and often babysit the beast cubs.

Earth Beasts: plant manipulator, they can breathe no element. There are Earth Beast so large, they are the size of the tallest trees and mountains, however the giant earth beasts, affectionately named EarthSplitters are very rare, only three exist today. EarthSplitters are claimed to be as old as the world itself and, as their name suggests, can cause earth quakes.

Luna Beasts: A rare species of beast. They breathe dark purple, black or green flames, they can control nearly every element, with the exception of light magic. Unlike their other beast kin, who can range in all various sizes, Lunas are limited to being the size of a cat to that of a deer. They can also learn various dark magical spells.

Sol Beasts: Sols are worshiped like the divines themselves and even more so thanks to Asintierus, the Beast that assisted man and elves against his evil beast kin. They are a very rare species and powers just as unique. They breath white fire that can heal or destroy, their blood and saliva also contain healing properties which can cure almost every illness, disease or injury. They are known to have the power to control all magical elements, with the exception of dark magic.

No god modding (I think most can agree that is a big no no :P)

Please type above your post, when rping, where your character is
Tauna: Nebua Desert
The brutum crosses the vast, vacant land of sand and rocks.

Got any ideas to expand this universe? Don't be shy ask my via message or OOC o3o

No normal looking animals as beast characters. Normal animals are a separate species from the beast species in this world and are just…well normal animals, nothing special.

Beasts in this universe can be nonhumanoid mythological creatures such as dragons, griffins, unicorns, chimera... But not mermaids, centaurs, satyrs ect… Beasts can also be hybrid looking creatures such as a canine with wings, or unusual colored feline. If you wish to use a picture of description of a beast and not sure if it qualifies as…well beastly, kindly send me a message ^^

Npcs can be created by anyone, they’re bios don’t have to be long or elaborate, but if an rper creates a npc, they have control over said npcs.

If a character dies, notify me via message and give me a summary of how they die (I'll put them in the character graveyard)

Ask via message if you want to be a rare beast such as an giant Earth Beast, Sol Beast, or Luna Beast, but only rpers that have been rping for well over 3 weeks. (If ya want to know why, it’s because I want have a good feel on how a person rps before I give them the super special, ultra mega beast :P don’t take it to heart please ;w;)

Want to be royalty or part of the royal family? Message me, same rules apply with wanting to be a special beast.

If you and or someone else want to do the naughty fade to black :P

Elves and Fae born with dark or light magic are rare, so, you guessed it, message me before creating these kinds of characters. Elves and Fae however can learn dark and light magic, though it is far more difficult to learn than any other magic.

Magic in this universe can be inherited, such as with beasts, fae, and elves, or taught such as with humans. With that being said, those born with magic can learning it faster than those born without it, however it take years to reach ones full potential with magical powers. In others words, your five year old human, elf, beast character can’t be a mega super awesome special snowflake and blow up the entire kingdom with a snap of their fingers/claws.

Got a question? Message Me :3
P

For the KH Roleplay, does the world our characters come from HAVE to be Disney/Square Enix-themed or can we use worlds external to those?
A

Crow said:
For the KH Roleplay, does the world our characters come from HAVE to be Disney/Square Enix-themed or can we use worlds external to those?
Click to expand...

Hmm haven't thought of that. I'd say yes, there can be other made up worlds for rp characters
A