Original poster
You're sending me to school where?!
A/U, Bulma's father has decided that his daughter is to have the best education, even if it means sending the spunk young heiress off planet. Galactic High is not only the top school in the galaxy, but also the most difficult to get into, the beautiful space colony Kialdan was even built just to house the campus, a large metropolis forming around it. It's also the school the arrogant young Vegeta finds himself pushed into by his father, King Vegeta hoping to broaden his son horizons and maybe knock him down a peg or two.

A young girl's wish and a saiyan's nightmare?
Alternate Timeline, Bulma has searched far and wide for the legendary dragonballs and after close to three months she's finally got six now, all she needs is the last one and she can make her wish. The last ball belongs to a lonely young boy named Goku, who is kind enough to let her use the ball. Meanwhile a cocky young prince has just finished his training with Nappa, as he reaches for his towel and scouter he finds himself on a strange planet with dragon looming over him, the dragon declaring that the weakling of a girl before him is his ideal mate, ha fat chance!

You thinking I'm doing what?! With him?!
Yamcha's guilt has finally started to get the better of him, he's been cheating on Bulma, but instead of confessing he accuses Bulma of cheating on him, with none other than her saiyan house guest. It had been the last straw, she wasn't going to take his crap anymore, how dare he think she was fooling around with Vegeta, but now that she's single again could is she really beginning to feel attracted to the arrogant prince. 'Why does she keep staring at me?' Vegeta wonder, she'd dumped that loser human much to his surprise and delight, he was tired of the little human hanging around the Capsule Corp. compound, though now that the weakling was gone it seems that Bulma was paying more attention to him than he was comfortable with, though he had to admit he liked the way she looked at him sometimes.

What do you mean you're a Slayer?
Spike had been more than content to relax that evening, Los Angeles was a big busy city and it was nice to blend in for once, though his evening might become even more interesting if he could just get the attention of the sexy little number sitting at the bar. Sky had followed the bleach blonde vampire into the bar in hopes of slaying him, but it seemed that he had other ideas and he was a lot more charming the she thought a vampire could be.

Two different worlds.
Temari had always prided herself on being able to take care of her two younger brothers, but now neither of them seemed to need her and it didn't help that her mind kept wandering back to a lazy shinobi with spikey brown hair. 'Ah, there's nothing like watching the clouds.' Shikamaru thought as he lay out in the secluded field watching the clouds roll by, "That one looks like a fan." He sighed at the thought, damn her, she was nothing but trouble and attitude and yet here he was again thinking about the older shinobi, with her bright teal eyes and unruly blonde hair.

Every magical girl needs a love interest.
Maka had recently discovered that she had the power to save the world as the "Crystal Butterfly," she was merely a normal high school girl by day, but at night she was forced to fight evil and then get her homework down before it got too late. And she was getting tired of it, she worked alone and it wasn't fair, she need help maybe someone in the form of a tall, dark, and handsome guy.

But I don't wanna be a princess!!
Nadia had spent her entire life taking care of her ailing grandfather and while it was tough she loved him with all her heart, but when he suddenly dies she found by a man claiming to be her father...and the king of a neighboring kingdom! Now she's stuck in a palace learning all the duties of a normal princess, like sewing, running the kitchen, and planning out the meals, and it was all horribly boring, she's much rather be out learning to sword fight, with the young army soldiers.

And yet I loved him.
Sally Jupiter also known as the Silk Spectre loved being a heroine, she was strong, smart, and sexy. Something Edward Blake had always taken notice of. Sally loved being a part of the Minutemen; she fought alongside many great heroes. Though she never thought she'd be victimized by one of her colleagues, let alone find herself returning to the man who did it. 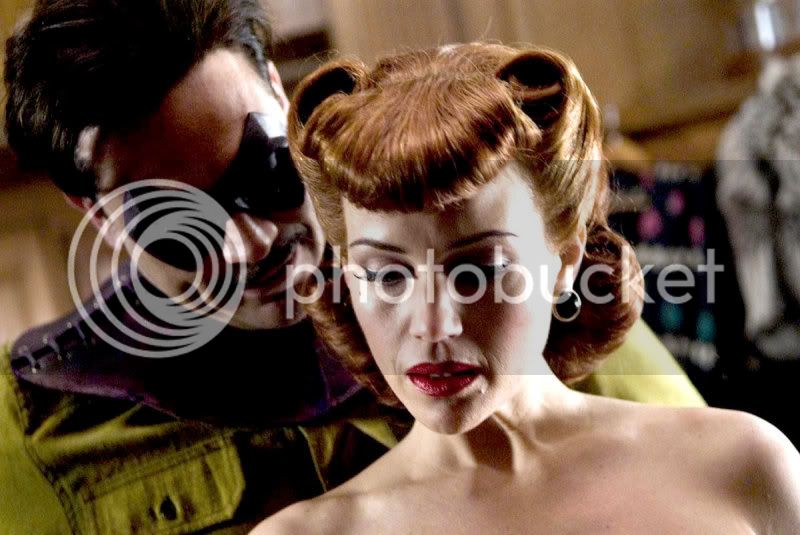 How I fell in love with a much older man.
Hannah Casada had just turned 18 when she met the first person like her, they called him Wolverine and he was king of the cage. He wasn't very tall, but he was powerfully built, he was quick and had the ability to heal what seemed to be instantaneously. She'd join the league in hopes of garnering the older man's attention, the only question now is will she survive long enough to do it.

A hired gun.
Stephen "Steve" Xiao had been running from the alliance sense the day she could hold a gun, she'd also become a highly sought after hired gun, she'd heard quite a bit of gossip about the little "firefly" class ship called Serenity and when the opportunity arouse to help it's captain some much need money, she was allowed aboard the ship. The mission would be rough, but dealing with an uppity, brawny, and strangely attractive Janye was showing to be an even bigger challenge and with her chance at becoming a full time crew-mate hanging in the balance Steve was hard pressed to play nice with the arrogant muscle for hire.

What is the rating for the Rps?
S

Original poster
I LOVE YOUR BRAIN.
It produces many fantastic ideas.
Kudos to you.<3
AND I JUST READ WATCHMEN.
That part made me squeal.<3
V

Original poster
Ratings for them all except, "And yet I loved him." Can be any where between PG-R, the other being only R rated. =3