WELCOME TO JURASSIC PLANET
A zoo of resurrected species...
...A park for timeless experiences


[stabs=bright|80%]
{slide=Safety Guide|center}Stay calm if an escaped dinosaur is within your area. If this were ever to occur, make your way carefully to the safety center. Please do not tease or feed the dinos.{/slide}
{slide=The Park|right|open}The team here at Jurassic Planet would first like to heartily welcome you to our park, and to inform you that you are in EXTREMELY SECURE & TRUSTED hands! The park is located off the coast of New Guinea on a privately owned island known as Isla Theda. Jurassic Planet is full of various amusements including: spine-tingling thrill rides, hair-raising exhibits, assisted dining, and the best part... DINOSAURS! From the classics to our rare additions-- and even the new genetically modified HYBRIDS! Make Jurassic Planet a MUST on your bucket list and book a trip to the biggest memory of your life!
{/slide}[/stabs] 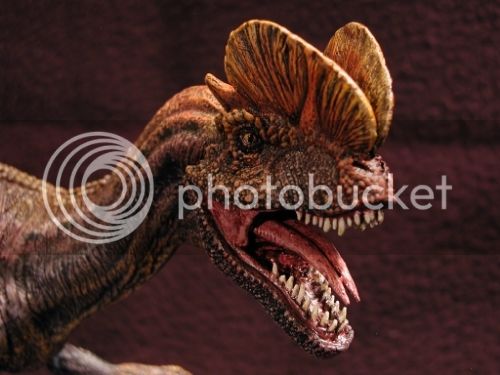 The deadly Dilophosaurus is in the Carnivore Spotlight this week! Not only is it capable of latching onto it's prey with it's curved like teeth in an inescapable grip, but it can also shoot a toxic venom up to 20 feet away from it's frills! Dilphosaurus is just one of the assorted carnivorous species that we have on display here at Jurassic Planet! Others include the infamous Tyrannosaurus Rex, in-training Velociraptors, the meta-ambhibious Spinosaurus, and lots more! 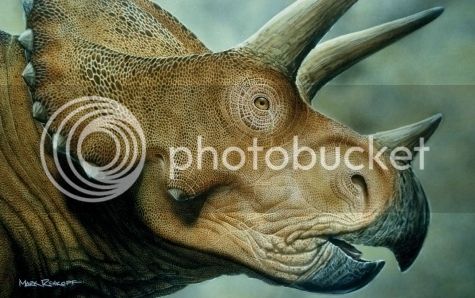 The gentle souled Triceratops takes the Herbivore Spotlight this week! With it's horns alone, the Triceratops is potentially able to gore a full grown Tyrannosaurus Rex to death under the right circumstances! Their beaks are strong enough to effortlessly pierce through the thickest of hides and can easily snap apart bones if threatened, but these kind giants are mainly calm herbivores! Don't miss the chance at letting your little ones ride atop their backs during the live Triceratops rides here at the park! The park also includes many other herbivorous dinosaurs that are waiting to be witnessed!
New Additions 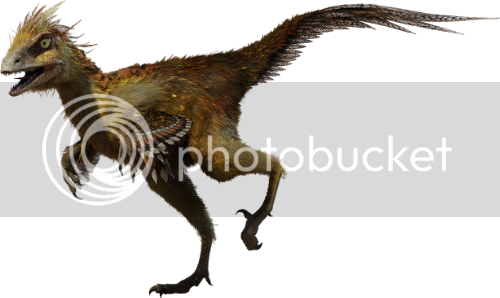 After years of gene perfecting, InGen has created it's very first Feathered Raptor! These historically accurate creatures were genetically crafted from various bird DNA combined with a strain of classified genetic components! The feathers underneath there arms and on their tail enables them to glide down onto their prey from treetops or elevated earth. Much like the Raptors cloned from amphibian/reptilian DNA, the Feathered Raptors instinctively hunt in packs that are now characterized as Flocks. InGen's original Velociraptors are still on display as well, but now have a new breed of siblings! 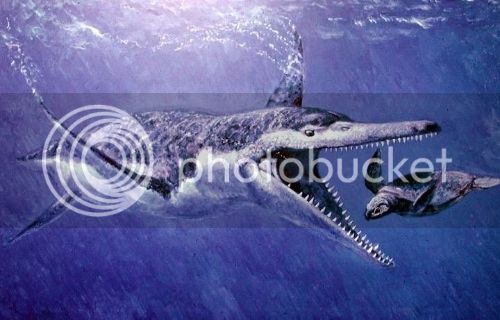 The Penguin Shark is the nickname given to InGens newest genetically modified aquatic dinosaur! A hybrid Dino mixed with several prehistoric aquatic creatures and combined with that of penguin DNA! The Penguin Sharks hunt in schools, but can also be lone hunters as well. They are very territorial and a whole school can give a Mosasaurus a run for its money if they are attacked. Come see these fascinating creatures during our feeding sessions at the Jurassic Planet aquariums!
Attractions 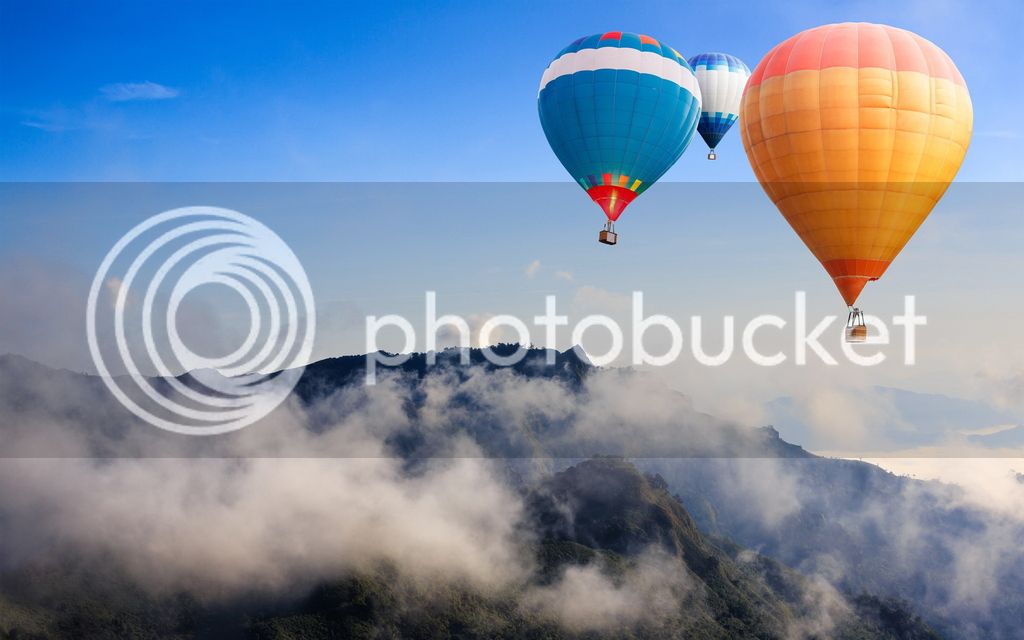 Take a relaxing ride on our high rated hot air balloons where you get a great view of the whole park! We'll take you around mountains, across fields, and over the bay where you might spot a Mosasaurus or even a Penguin Shark or two! The hot air balloon rides are just one of many attractions that we have here at Jurrassic Planet. Others include: The original Jurassic Jeep Safari ride, Canoeing down a canal with live dinos in sight, the super fun Gyrosphere adventure ride, the dinosaur petting zoo, and lots more! 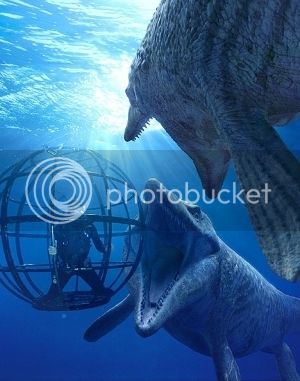 For all you thrill seekers look out for the Life Cage underwater EXPERIENCE! Scuba Diving lessons are offered for the life cages, but no scuba experience is required for the life spheres that are constructed of bulletproof glass! Don't worry though, all cages and life spheres will be supervised and territorial predators will only be viewable when they are calm and have been fed beforehand! Feel alive as you become up close and personal with our massive, aquatic dinos! Just remember to keep your limbs inside the cage at all times! 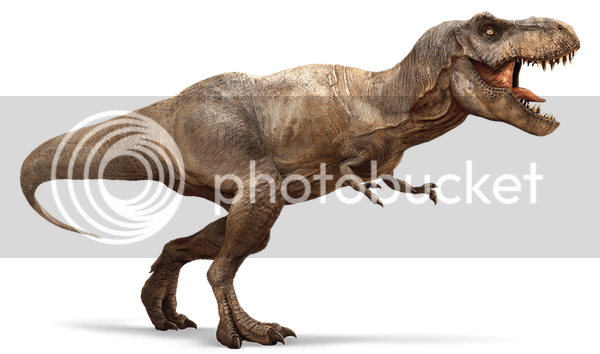 [spoili]A deceptively charming entrepreneur inherits the ownership of InGen and builds a "family friendly" park on his private island in order to attract victims, so he can enact his sick lust for grisly gore. When the grand opening commences, all dinosaur paddocks and enclosures will be left open & all means of escape denied...[/spoili]
​

I cannot deny my interest in this, but I'll still have to think about it if this becomes a thing... but I love(:
Reactions: Luelle
D

I exhibit interest in this idea as well!
Reactions: Luelle

Glad I've grabbed your interest! @Desert Zephyr Sorry, just saw this :P I've been on a mini vacation, so I've only been able to use my phone. Anyways, we'll just need a few more peeps and we're set

I might be down for this, love the films!
Reactions: Luelle
D

The players may have a choice of either or @Desert Zaphyr Apologies for my late response. I've been busy with real life and managing my other RP
N

Is this still going to happen o.o?

If everyone else is still interested, then yes. @Nameless @Desert Zephyr @mr_pibbs
N

Yep. I am only going to be able to post once a week usually.
N

I cleared space for this... >.> so peoples come on! :D
Reactions: Luelle

Awesome! It'd be great if we had a few more interests before we start. In the meantime, I'll put a cs template together.
N

This seems interesting, can I purchase a ticket to Jurassic Planet? =)
Reactions: Luelle

Yes you may ;P Feel free to submit your application for processing.

Appearance: He has slightly messy black hair, fair skin color, stands just a little under six feet tall and is physically well built, his facial features are pretty masculine but nowhere near to the point where he looks like he's chiseled stone, he has a particularly friendly look to him, he wears a black T-shirt, dark blue jeans, brown steel toe shoes and a pair of black glasses.

Personality: Mark is a caring person who is willing to help others in need, he's also a bit of a goof ball and can act very egotistical, he's brave, courageous, strong willed and isn't afraid to throw a few fists if need be.

Weakness: Mark isn't exactly blind, but he does need his glasses in order to see things clearly at a fair distance, despite being brave and courageous that doesn't stop Mark from being afraid and feeling fear.

Useful skill: (I honestly can't think of any skills that would be useful on an island full on dinosaurs besides climbing....)

How many characters are you allowing us to control? Will this be a single or multiple? Thanks.
N

I'll get something up tonight. I had to work these last few days >.< but I'm off tomorrow and Friday.
Show hidden low quality content