Jurassic Park: The Other Island 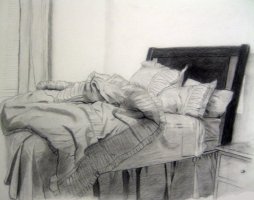 Hello there! I run a fun and casual RP based off the Jurassic Park/Jurassic World series titles, "Jurassic Park: The Other Island. If you haven't seen any of the movies, that's OK! The basic concept is that a group of scientists managed to create a real dinosaur using DNA found in a mosquito. This practice grew to produce several kinds of dinosaurs which were then put in a "Theme Park" for the populous to view.

Eventually, things went wrong and the dinosaurs managed to escape, killing anyone that stood in front of them. This RP is a continuation of that further in the future and we are low on people. We're looking for a maximum of 6 total people and we are far from that. So if you're interested and decide to join, have fun, be creative, and make your own story!